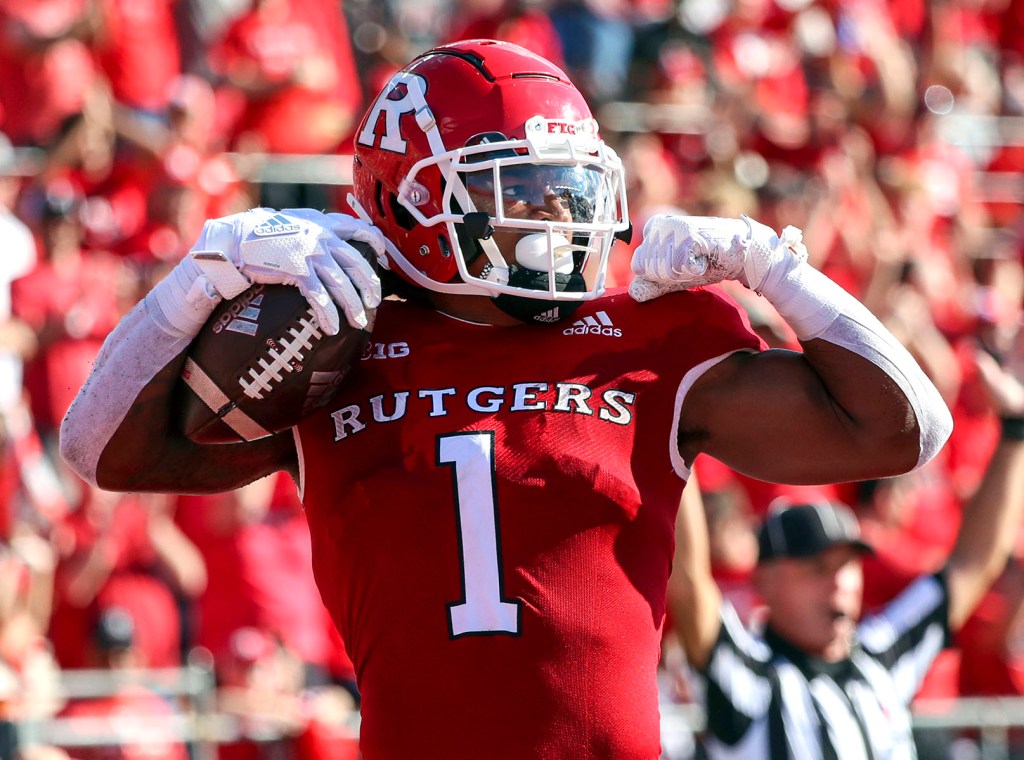 Vedral found Bo Melton on a 28-yard touchdown pass on his opening possession. He hit Brandon Sanders on a 62-yard catch and run for the other TD in helping the Scarlet Knights take 35-10 half lead over their FCS opponent.

Isaih Pacheco tallied on runs of 20 and 7 yards, while Aaron Young plowed into the end zone from 6 yards out for the Big Ten Conference team. Aron Cruickshank excited the crowd of 40,129 with a 62-yard punt return for a touchdown.

Nolan Henderson threw a 1-yard TD pass to Thyrick Pitts for the Blue Hens of the Colonial Athletic Conference. Ryan Coe had field goals of 53 and 41 yards for Delaware (2-1).

Henderson, who limped off the field in the third quarter, finished 11 of 20 for 98 yards. He was sacked five times. Dejoun Lee ran for 121 yards, with his 71-yard sideline scamper setting up the TD. The Blue Hens ran for 159 yards, including the 42 yards lost on the sacks.

The three wins matched Rutgers’ (3-6) total in 2020 as coach Greg Schiano return for a second stint. He led the Scarlet Knights to six bowl appearances between 2001-11.

Rutgers had a Scarlet Knight waving a sword ride into SHI Stadium on a horse about 10 minutes before kickoff. It’s been done for years.

It appeared to be a different horse from last year and this time the animal got a little skittish entering the stadium. The rider eventually had to restrain it to prevent it from knocking over some band members who lined to welcome the horse and the team.

Rutgers took care of business in the non-conference part of its schedule and now finishes with nine conference games, starting with two ranked opponents. Delaware took its lumps playing an FBS team but pocketed $350,000.

Morgan Barron standing out among the other Rangers’ prospects