Royals’ Jake Brentz may have thrown the worst pitch ever 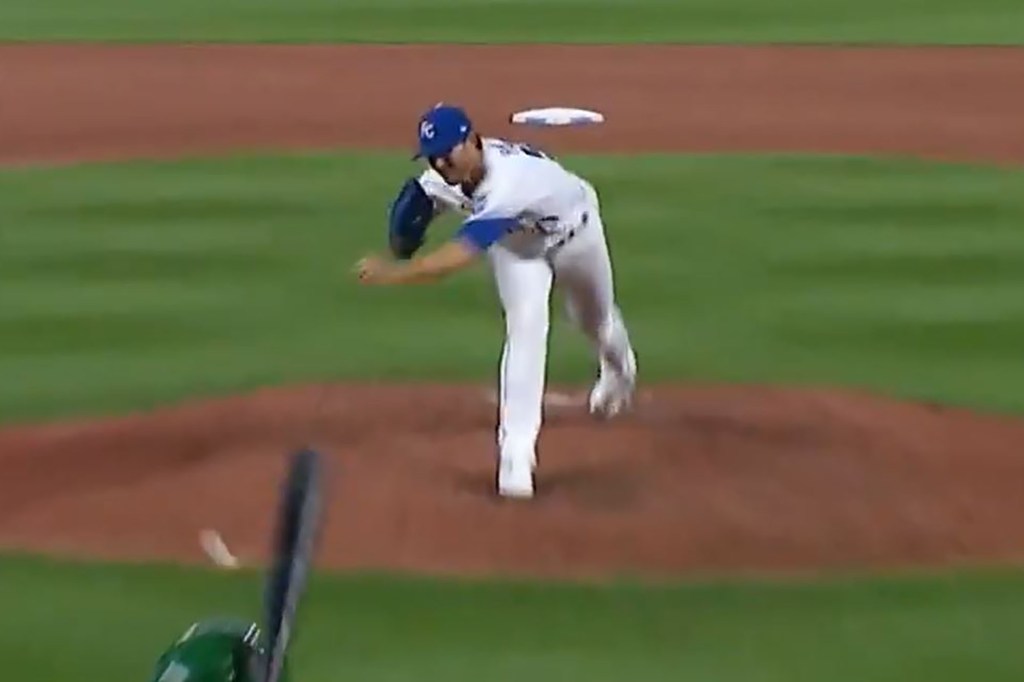 
We have a new candidate for worst pitch ever.

Royals rookie Jake Brentz entered Tuesday’s game against the Athletics in the sixth inning, and after getting ahead of Starling Marte 0-1, he spiked his second pitch into the mound.

The announcers on the Athletics television broadcast were so dumbfounded by the spiked pitch that they thought Brentz had somehow thrown the ball off his foot.

Brentz, pitching on his 27th birthday, managed to quickly move past his embarrassing moment, as he struck Marte out two pitches later and worked a perfect inning. He also earned his fifth win of the season. Brentz entered with Kansas City trailing 7-4 before the Royals scored four in the bottom half of the sixth and two more in the seventh, playing spoiler amid Oakland’s push for an AL wild-card spot.

Brentz has actually been one of the bright spots for the Royals (66-78) this season, pitching to a 3.12 ERA with 72 strikeouts in 60 2/3 innings across 66 appearances. He also has two saves.

Stephen A. Smith worries this is the end of Cam Newton’s NFL career