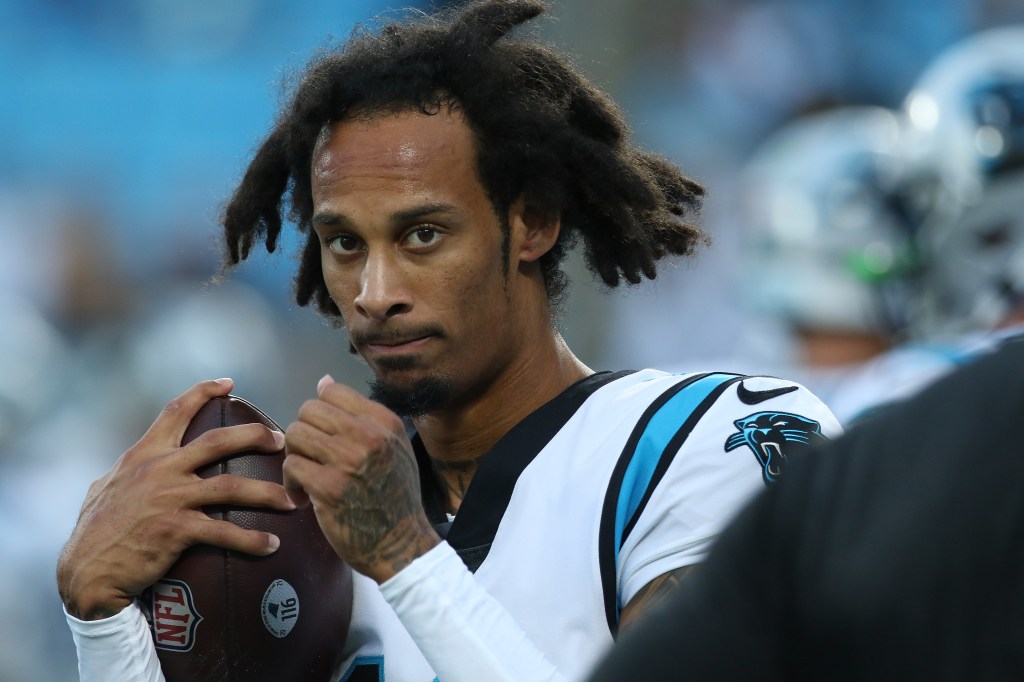 The Jets will see a player this Sunday in a Panthers uniform who they gave up on too soon. He could have been a cornerstone player for the organization and he may remind them of that Sunday afternoon in Charlotte.

No, not Sam Darnold. I’m talking about Robby Anderson.

While some Jets fans may be lamenting the decision to trade Darnold to the Panthers in April, I think the Jets ultimately will come out looking good on that move and with the drafting of Zach Wilson.

The decision to allow Anderson to walk as a free agent in March 2020 is still one that baffles me and it is the biggest mistake general manager Joe Douglas has made in his two years on the job. Anderson left for a reasonable contract (two years, $20 million) from the Panthers and recently signed a two-year, $29.5 million extension with the team.

The Jets gave up on Anderson after spending four years developing him from undrafted free-agent find to potential Pro Bowl receiver. Anderson was the rare Jets player who actually developed with the team, and it was an even better story that he was a player they found undrafted out of Temple and took a chance on.

Douglas has admitted he made a mistake in the 2020 offseason when assessing the market for Anderson. The Jets expected him to get more money than what the Panthers offered when they built their budget for free agency. When it became clear the market for Anderson was not as robust as they expected, it was too late.

“I’ve thought about Robby a lot,” Douglas said last November. “As you guys know, there’s thousands of decisions that come across your desk during the year. And I go back, and I look at what I could have done better in that specific situation. I thought our guys did a fantastic job of really analyzing every position group’s market value leading up to free agency last year. I think what went wrong with us and Robby, we thought Robby’s value was going to be even greater than he signed for in Carolina. And so, I think that’s on me ultimately, and that’s on us moving forward to get a better handle on every player’s market value. Honestly, we would all love to see Robby here, doing what he’s doing, but I tip my hat to the success he has. But obviously, we don’t want to be in the business or losing good players.”

That’s a business the Jets have been in too often lately. At least with Leonard Williams and Jamal Adams, you could point to contract demands the Jets did not think were reasonable. Darnold may end up proving to be another good player they gave up on too soon, but again there were understandable reasons for moving on from him when they did. The time was coming for Darnold to get paid and quarterback extensions are big money. The Jets’ timeline as an organization was not aligned with Darnold’s timeline and they also had a chance with the No. 2 pick to start over with Wilson.

There is no such justification with Anderson. He showed what the Jets were missing last year when he had a career-high 95 receptions and 1,096 yards. He thrived in Joe Brady’s offense. The Jets had 3,115 combined yards by their wide receivers, the second-worst mark in the NFL behind the Ravens. Breshad Perriman, the man the Jets signed to replace Anderson, had just 30 catches for 505 yards in 12 games and was not brought back this year.

The only legitimate worry about Anderson when he entered free agency was his record after getting arrested twice in a nine-month span in 2017-18. All of those charges were dropped except a reckless driving misdemeanor and Anderson has stayed out of trouble since. It would be understandable if the Jets did not want to make a long-term commitment to Anderson after his troubles, but the Panthers only gave him a two-year deal, something that is easy to move on from.

On Sunday, Anderson could give Douglas nausea as he faces the Jets’ young cornerbacks.

“You have got to know where he is because of his ability to blow the top off in coverage and win one-on-ones, especially vertically,” Jets coach Robert Saleh said. “He’s a very talented young man, he’s got a lot of fight in him, too. His mindset, he’s built the right way. He’s going to be a definite challenge to deal with.”

A challenge Jets’ opponents should be dealing with, not the Jets.