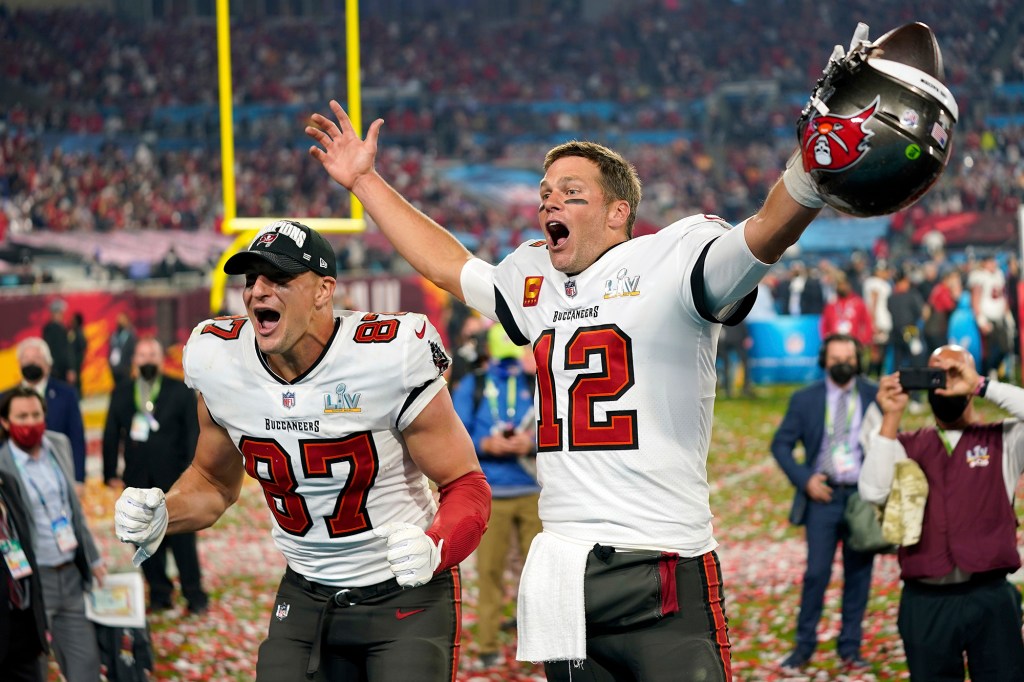 He made the confession on Peyton and Eli Manning’s alternate “Monday Night Football” broadcast on ESPN2 during the Packers’ 35-17 win over the Lions. Gronkowski just relies on Tom Brady, with whom he’s been teammates his entire career.

“[I’ll ask], ‘Tom, who is covering me, and what type of coverages are they doing?’ I go, ‘That’s why I love playing with you Tom, you know everything.’”

Gronkowski, 32, explained that his method of preparation is based on how he’s feeling on game day.

“My teammate [Cameron] Brate just asked me the other day, ‘Rob, I have a serious question: Do you ever watch film?’ And I said, ‘No, I don’t. I just run by guys, if I’m feeling good, I’m feeling good,” Gronkowski said.

“So I don’t watch film. I do watch film when the team is showing it,” he told the Manning brothers, adding that he’ll watch NFL games on television “every once in a while.”

The Bucs star replied, “I have people who watch film for me @tombrady.”

While many players spend a lot of time studying film, Gronkowski’s opposite method seems to be working.

In the first two games this season, he’s tallied 12 catches for 129 yards and four touchdowns.