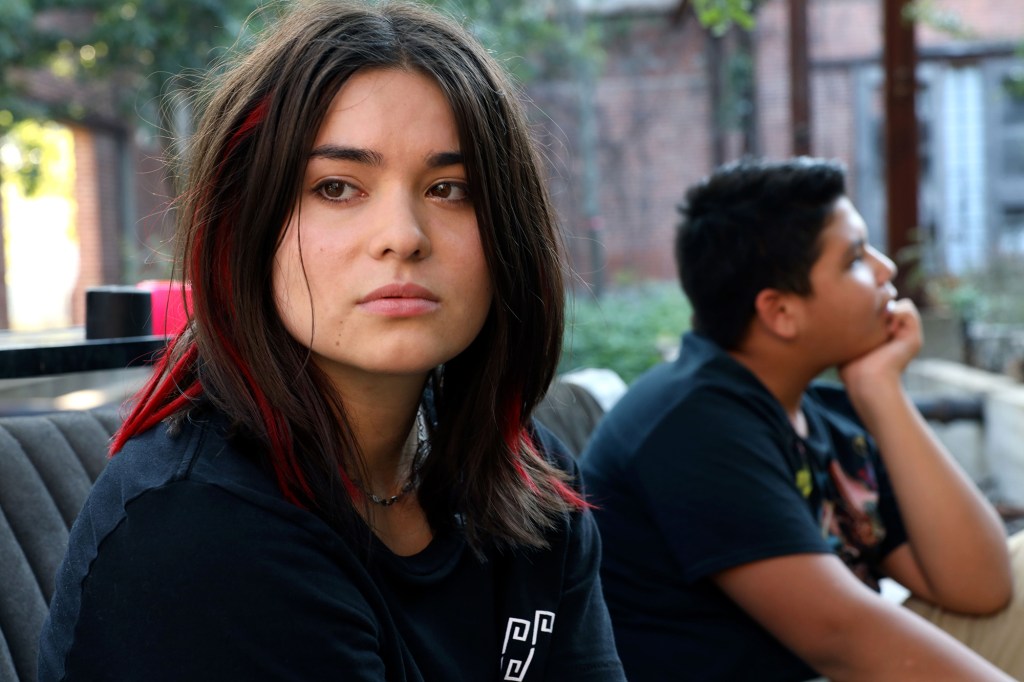 “Reservation Dogs” star Devery Jacobs said she was getting disillusioned with Hollywood before she scored one of the lead roles on the Native American series.

“In my career, I was noticing that I was feeling isolated,” Jacobs told The Post on the phone from her Toronto home. “I was getting used to being the only Indigenous person on set for miles, and it was lonely. I wasn’t enjoying my work as much as I previously had been. But then on ‘Reservation Dogs,’ there was such a magic to the set. We formed such a fast family and we all really left a piece of ourselves in this work. It was an experience unlike anything I had encountered before.”

Currently airing Mondays (FX on Hulu) with an entirely Indigenous creative team helmed by Taika Waititi and Sterlin Harjo, the half-hour comedy follows the lives of four teenage friends on a reservation in Oklahoma as they engage in petty hijinks (such as stealing a truck full of chips), mourn the loss of a friend, and dream about moving to California.

Jacobs, who’s from Kahnawake, Quebec, is Mohawk and grew up on a reserve, which is the Canadian version of a reservation. She’s the only member of her family who has left, she said.

“Every Indigenous community is different in language and culture and geographical region. That being said, because we have these similar underlying values and similar experiences, it’s something that I’ve found ends up making ‘Reservation Dogs’ more of a universal show. My community is so proud and excited. It’s funny, because the show isn’t released in Canada yet. So, I’m pretty sure my parents are just fully watching [pirated episodes]. But they said they’ll watch it again [legitimately] once it’s available!”

Although Bear is the group’s leader, offscreen, Jacobs is the industry vet among the show’s central quartet, with a resume including “American Gods,” “The Order” and “Rutherford Falls.”

“In my culture being Mohawk, we’re matriarchal. We’ll appoint chiefs and leaders but the clan mothers are the true leaders behind the scenes,” she said. “I feel like there’s a bit of that dynamic happening with Elora and Bear.”

That extended behind the scenes too, she said, as the actors playing the four friends grew close.

“We would hang out offset. We went to a black rodeo in Oklahoma and we’d go to the drive-in movie theater. Similar to Elora, I’m like a big sister [and] I feel really protective over [my castmates]. I wish I could have had a Native big sister, growing up in the industry. I will say though, that we are all experiencing this together. Even though I’ve been working for longer, I’ve never seen a time in the industry where Indigenous voices have been so celebrated.”

“It’s almost a little jarring, I’ve been fighting and working for all of my career for representation that is true and authentic and accurate for Indigenous stories and creators. The jarring part is that the Rez accent that I was told I needed to lose in order to be successful, or the Mohawk-isms that I was encouraged to get rid of, are now all the things that are making our show successful. All of the things that made me Indigenous that were considered a negative in the industry are now something that’s being celebrated.

“It’s overdue, and I’m so happy to be part of it and see that necessary change.”