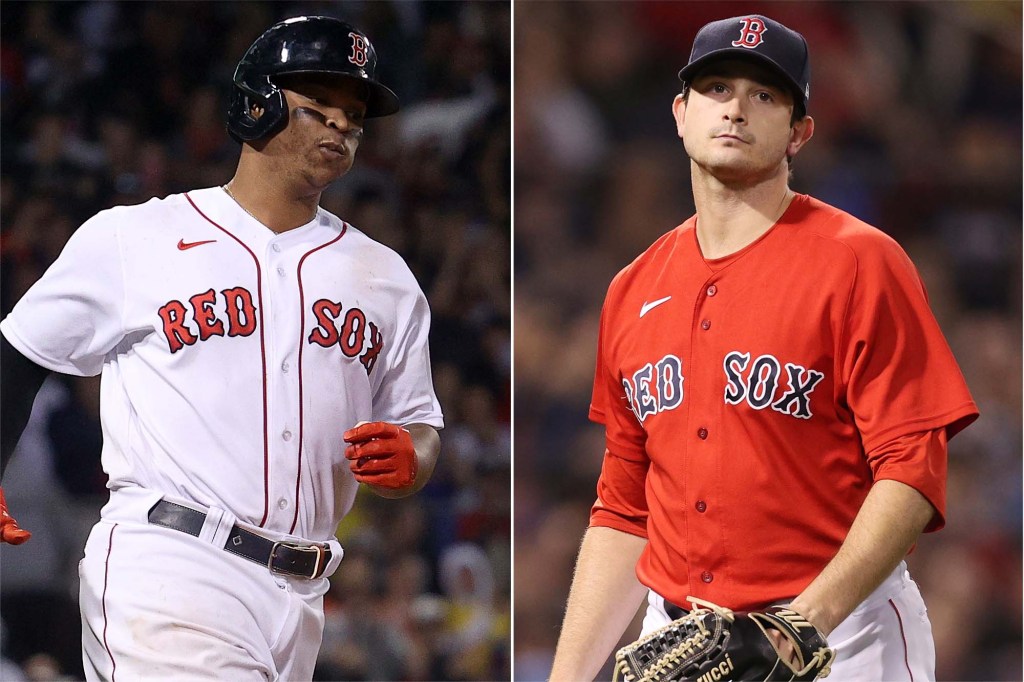 The team that won the most games, the Rays (100), won one playoff game before bowing out. The Astros, the league’s most consistently excellent entity for five years now, face a huge decision on their franchise shortstop Carlos Correa, an impending free agent. The Red Sox showed more flaws than a bowl of Manhattan clam chowder in Rhode Island, then sneaked into the playoffs with a 92-70 record and got crazy-hot.

A path clearly exists for the Yankees, who tied the Red Sox by compiling 92 victories of their own only to lose to them in the AL wild-card game, to climb back atop the league they haven’t dominated for about a full generation now.

It starts, on levels both spiritual (The Rivalry!) and competitive (they play in the same division), with surpassing the Red Sox, something they have done more often than not since John Henry purchased the Bosox in 2002 only to see the Sawx dominating on the parade front. Boston entered Minute Maid Park on Friday night, its season on the line at AL Championship Series Game 6 as an unfinished product, its pitching and defense underwhelming.

The Red Sox, however, possess some impressive assets that would hinder my sleep if I ran the Yankees, in this order:

It’s tough to separate the shortstop and third baseman, whom their teammate Kiké Hernandez called “one of the best offensive left sides of the infield in all of baseball.” So they share the top spot.

Bogaerts, the more experienced of the duo, slammed the first-inning, two-run homer off Gerrit Cole in the first inning of the AL wild-card game, giving the Bosox a lead they never relinquished. “It’s just a tough at-bat, tough to strike out,” Hernandez said. “He can win it with a long ball. He can slap a ball the other way. He is a complete hitter.” And the 29-year-old is signed through 2025.

Devers scored on Bogaerts’ wild-card homer after he had come back from being down 1-and-2 to draw a walk off Cole. Said Hernandez: “The sky’s the limit for this kid, and at his age [he will turn 25 on Sunday], the at-bats are beyond impressive. His pop is ridiculous.” With only two years before free agency, Devers has put himself in position to do extremely well financially. If the Red Sox can secure him for a while as they did Bogaerts, it will further alleviate the sting of not doing the same for Mookie Betts.

The Red Sox intelligently brought back the manager as soon as they could, after he finished his 2020 suspension for his role in the 2017 Astros’ sign-stealing scandal. He’s so talented that even after taking a massive hit to his reputation from the scandal, he still ranks among the elite at his position. At 46, he should be on the job, and excellent at it, for quite a while.

Cora took an instant liking to the right-hander, coming back from Tommy John surgery, the first time he witnessed a bullpen session in spring training.

“I was, like, ‘Whoa, what is this?’ ” Whitlock said. “The velocity, the mechanics, the intensity, the attention to detail in one bullpen. And then you see him in the weight room and in the training room, the way he acted, we knew he had a good one.”

They got him, as you know, from the Yankees via a Rule 5 draft pick last winter. The Yankees generally don’t get burned when they trade youngsters. In this case, though, selling a youngster to their rivals for $50,000 already looks pretty bad, as the 25-year-old posted a 1.96 ERA in 46 appearances totaling 73 ¹/₃ innings.

The Red Sox’s chief baseball officer, finishing his second season, has displayed an ability to plug holes, with Hernandez and Whitlock two shining examples. While plenty of work remains, he could be the stabilizing force the Red Sox have lacked in their baseball operations since Theo Epstein departed for the Cubs in 2011.