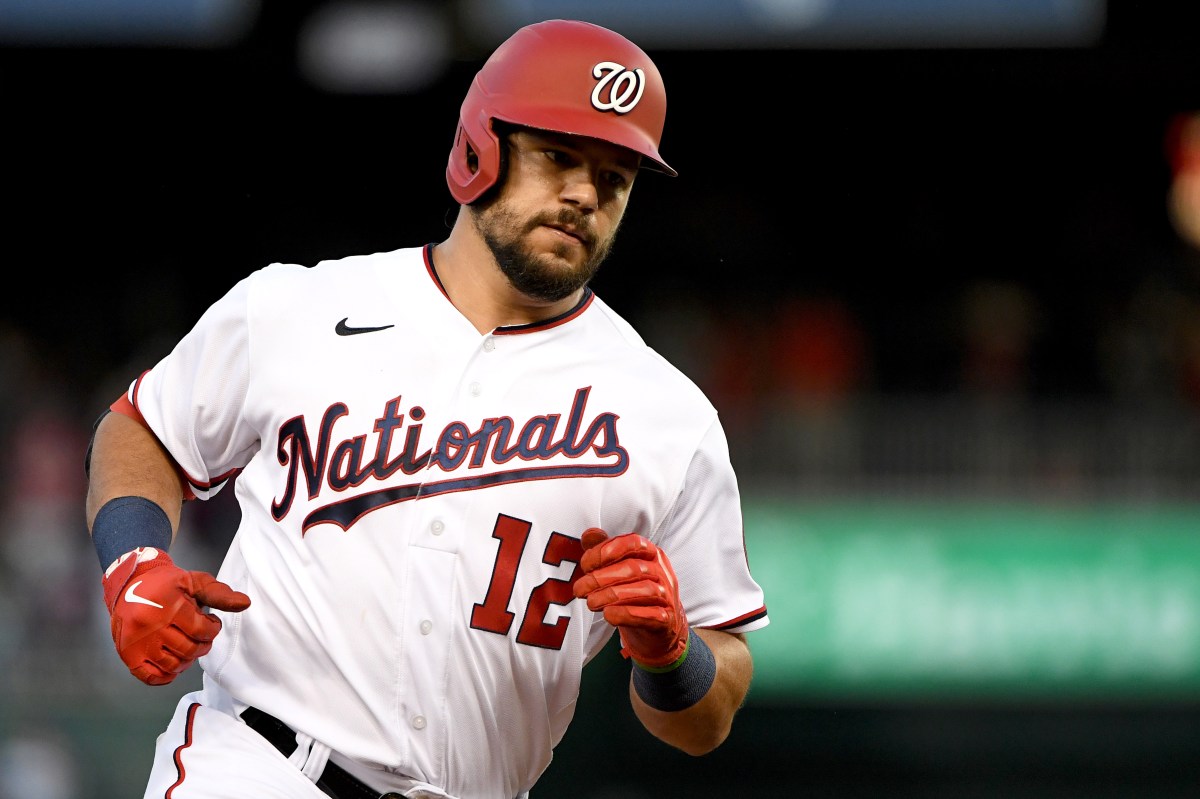 The Yankees aren’t the only AL East team loading up on slugging lefty bats.

Schwarber, 28, is on the IL with a hamstring strain and likely will be sidelined for a couple of more weeks. Schwarber is hitting .253 with 25 home runs and 53 RBIs this season, with most of the damage being done in his absolutely scorching month of June.

The move came hours after the Yankees acquired Schwarber’s former Cubs teammate, Anthony Rizzo, from Chicago. The Yankees’ biggest splash came Wednesday when they added Joey Gallo from the Rangers.

The Yankees are far back in the Red Sox’s rearview mirror, trailing their rivals by 8 1/2 games.

The trade for Washington was part of a day of selloffs with the team trading ace Max Scherzer and star shortstop Trea Turner to the Dodgers.

The MLB trade deadline is Friday at 4 p.m. Eastern.