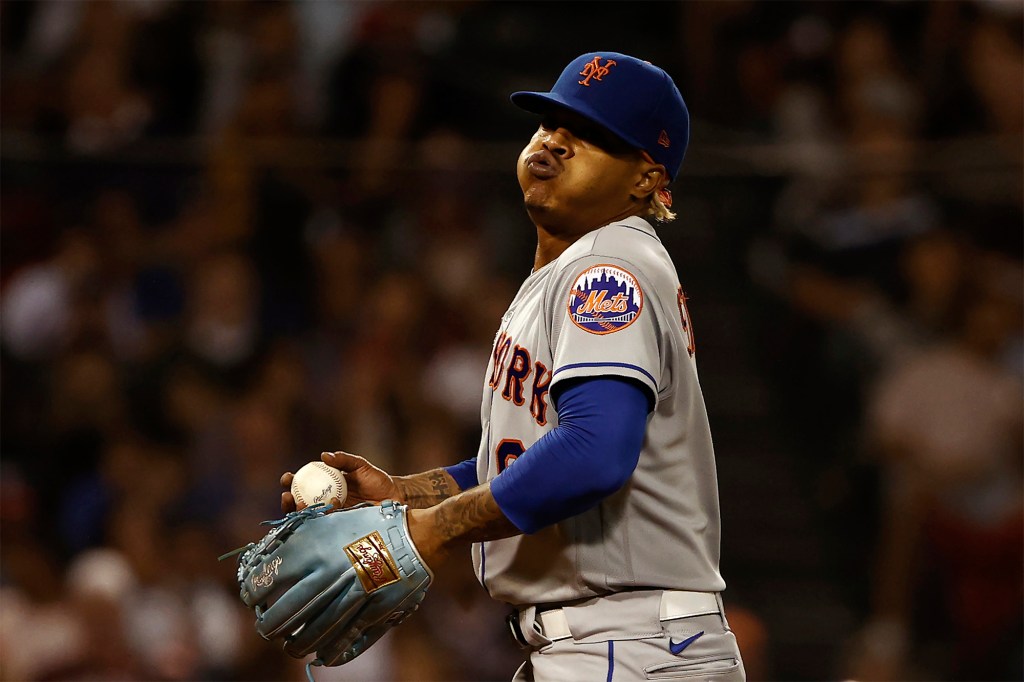 
BOSTON — Among the few things the Mets have counted on during this ugly second half is a solid performance from Marcus Stroman every fifth or sixth day.

The de facto ace of this rotation with Jacob deGrom sidelined, the right-hander has boosted his free-agent value mostly by keeping the ball in the park and giving his team chances to win.

But the blahness bug that has infected so many of his teammates lately may finally have taken a bite out of Stroman, who surrendered two home runs Tuesday night from which the Mets never recovered in a 6-3 loss to the Red Sox at Fenway Park.

The Mets (73-78) lost for the ninth time in 12 games and saw their tragic number for elimination from the division race shrink to seven, as the NL East-leading Braves played a later game in Arizona. The loss pushed the Mets 6 ½ games behind the Braves.

In a rare letdown performance, Stroman allowed four earned runs on seven hits and two walks with a hit batter over five innings that consisted of 95 pitches. It marked only the fourth time this season Stroman allowed as many as four earned runs in a start. It had last happened on Aug. 1 in a start against the Reds. This latest outing pushed Stroman’s ERA to 3.00 — the first time this season it has reached that level.

The Red Sox padded their lead with two runs against Miguel Castro in the sixth: Xander Bogaerts drove in his third and fourth runs of the night on a two-run single against Brad Hand, after Castro had put the runners on base.

After going five starts without allowing a homer Stroman surrendered two in the fifth, giving the Red Sox a 4-2 lead. Enrique Hernandez cleared the Green Monster leading off the inning to tie the game before Bogaerts unloaded with a two-run blast. Entering the night, Stroman hadn’t allowed a homer since Aug. 17, when the Giants took him deep twice in San Francisco.

The Red Sox scored a gift run in the fourth to pull within 2-1 against Stroman. After Bobby Dalbec launched a double off the center-field wall — just missing a homer — Christian Vazquez hit a shot to left field on which Kevin Pillar started in and misplayed into an RBI double. Stroman rebounded to retire Jose Iglesias for the final out.

Stroman loaded the bases with nobody out in the third, but got Bogaerts to hit into a 5-2-3 double play and then retired Rafael Devers. Boston’s threat had emerged after Hernandez was hit by a pitch and Kyle Schwarber walked to load the bases. Iglesias’ double started the rally.

J.D. Davis drew a bases-loaded walk against Eduardo Rodriguez in the fourth to give the Mets their initial run. Michael Conforto’s RBI single against the shift extended that lead to 2-0, but Pete Alonso was thrown out at the plate trying to score behind Javier Baez. After the inning was complete, third-base coach Gary DiSarcina punched the dugout wall in disgust, presumably over the decision to send Alonso. Baez’s single, sandwiched between walks to Francisco Lindor and Alonso, ignited the inning.

Alonso’s 34th homer of the season, a rope that hit a billboard behind the Green Monster in the eighth, accounted for the Mets’ final run.