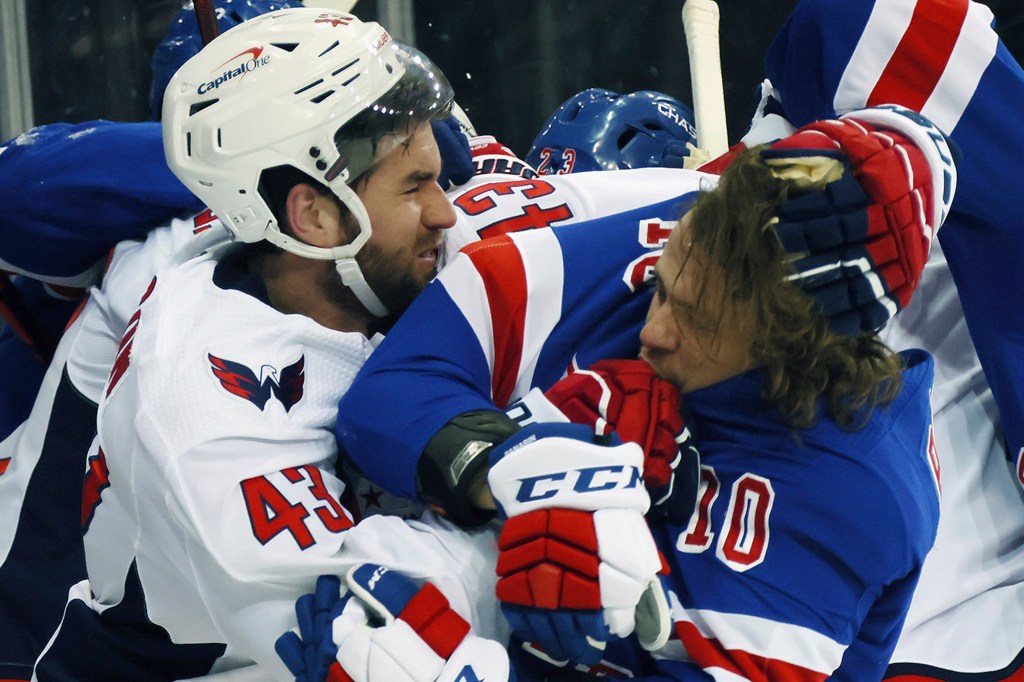 Tom Wilson: The two dirtiest words in the Rangers’ language.

Even as the Blueshirts go about their business preparing for their 2021-22 season, which opens in Washington on Oct. 13 with an under-the-spotlights matchup that will mark TNT’s first nationally televised NHL game, it will be on head coach Gerard Gallant to ensure that his team does not become engulfed by an obsession with Public Enemy No. 1, whose dangerously unhinged aggression on the Garden ice May 3 triggered an organizational convulsion.

“It’s not going to overtake the team,” Gallant told The Post on Friday during a one-on-one conversation. “We’ll address that before the first game of the year, I’m sure, but the bottom line is that when we brought these players in over the summer we wanted to make our team tougher to play against. “You knew whoever was going to be with the Rangers this year was going to change the complexion of the team a little bit, there was no doubt. Fortunately for me, I got the opportunity to be the coach and we’re going to change it a little bit, the way the team is going to play and respond to issues like that. I don’t think they’re going to happen anymore.”

If you’ve been on one of those privately financed tours through space for the last six months and are somehow unaware of what transpired on May 3, that is when Wilson hammer-punched a prone Pavel Buchnevich, rag-dolled Artemi Panarin in throwing No. 10 down on the ice and flexed maniacally in the penalty box in the 53rd match of the 56-game season. The Rangers responded two days later in a rematch with a series of fights, Brendan Smith taking on Wilson, after the league failed to suspend the Capitals’ recidivist headhunter.

Oh, and in the interim, executive chairman Jim Dolan put out a statement without the knowledge of then-president John Davidson and then-general manager Jeff Gorton, excoriating the league while calling for VP of Department of Player Safety George Parros to be summarily fired, until a rematch two games later, before firing both Davidson and Gorton.

Chris Drury is now the president and general manager, Gallant is the coach, having been hired to replace David Quinn, and folks like Ryan Reaves, Barclay Goodrow and Sammy Blais have been added to the roster.

“I was watching the game on TV, I wasn’t a Ranger, and I didn’t like what happened that night, just as a fan,” Gallant said. “But that incident won’t be talked about until right before the season. “I think our team is going to play a good, solid game and we’ve got the guys who are going to play a physical game and a good brand of hockey. That’s the brand that wins hockey games when you can get your top players playing the way they want to play and don’t have to worry about stuff,” the coach said. “That’s going to go a long way with the New York Rangers hockey team this year.”