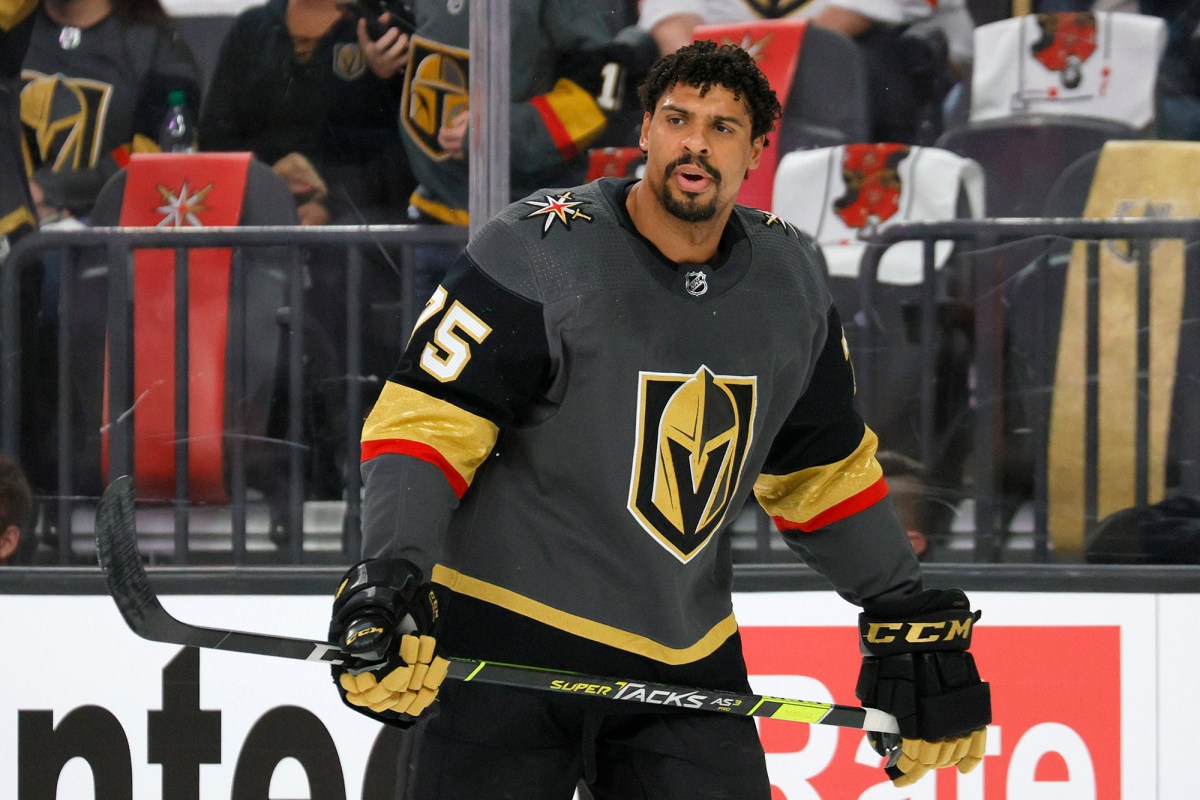 
When Ryan Reaves was coming up on free agency in June 2018, and going through the interview period, the Rangers tried to pry him away from Vegas. They tried hard, but they didn’t succeed.

Three years and an administration later, the Rangers got their man. General manager Chris Drury sent a 2022 third-round pick to the desert outpost Thursday in exchange for the enforcer, who will turn 35 in January.

If the message had not been sent clearly enough by the additions of Barclay Goodrow, Sammy Blais, Patrik Nemeth and Jarred Tinordi, it was surely amplified to a max decibel level by this move. The message from the front office on behalf of the Rangers organization is this: Don’t Mess With Us.

Reaves, who has one year to go on his contract, for a $1.75 million cap hit, did his best work in Vegas with incoming Rangers head coach Gerard Gallant behind the Golden Knights’ bench. He can be an intimidating straight-line forechecking force, though his minutes probably will be limited. The 6-foot-1, 225-pound winger posted five points (1-4) in 37 games last season, with 27 PIM while incurring three fighting majors in 9:56 of ice time per game.

For better or worse (and probably a dose of both), he is one of the true surviving NHL enforcers, with 71 fighting majors in 686 career games. His presence — an unmistakable one and at times, theatrical — will serve to add a layer of protection and security around the young, developing athletes who at times were prey last season.

But Reaves is also known for crossing the line and delivering cheap shots against defenseless opponents. He was suspended for two games in the second round of this year’s playoff against Colorado after receiving a Game 1 match penalty for roughing Ryan Graves while he was down and defenseless. That came one game after he incredibly avoided a suspension for driving Ryan Suter into the goalpost from behind in Game 7 of the opening round.

The Rangers will no longer be able to lift their noses in the air and sniff with a sense of moral superiority when a Tom Wilson comes around, just as the Capitals winger will for the season opener in the Washington octagon Oct. 13.

But that’s OK. They will live with that.