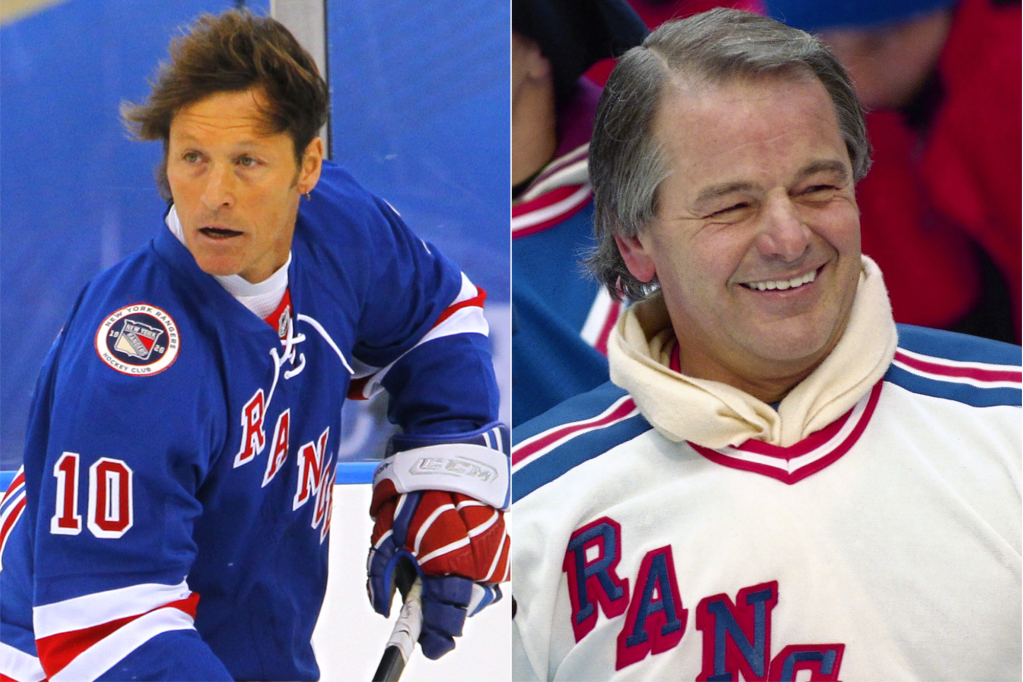 The first person to greet Ron Duguay and show him New York when he joined the Rangers in 1977 was Rod Gilbert.

This was Duguay’s rookie NHL campaign and turned out to be the last of Gilbert’s 18 seasons in New York, but that didn’t stop the future Hall of Famer and face of the franchise from welcoming the team’s first-round draft pick to the team.

Duguay, who now co-hosts The Post’s Rangers podcast “Up in the Blue Seats,” remembered his former teammate and longtime friend Sunday night after the Rangers announced news of Gilbert’s passing at 80 earlier in the evening.

“The first time I walked into Madison Square Garden to sign my contract, he was the first man to meet me,” Duguay recalled in a phone interview. “And he took me out that night, too, kind of a celebration, and that was the beginning of a long relationship.

“He was such a likable person that he left an immediate impression on you. So yes, he was my introduction to the New York Rangers. And that stayed with me through all my time as a player and my post-playing career.”

After Duguay retired from the NHL in 1989, he and Gilbert worked together as team ambassadors and in various charitable endeavors as part of the Garden of Dreams Foundation.

“There was no one better at representing the Garden, the franchise, the brand, and representing all of us [alumni]. Everyone turned to Rod, always,” Duguay said. “I saw firsthand how much he appreciated the fans. He gave so much of himself. Nothing was ever a bother to him.

“Every single game he was there, he was there because he enjoyed to be there. He enjoyed being him and having played for the New York Rangers. I would see what he meant to the fans, people meeting him for the first time. He was such a joy. Always laughing. Always a smile on his face. And the stories he’d tell.”

Earlier Sunday evening, Duguay posted a video of a goal Brian Leetch scored in Game 7 of the 1994 Stanley Cup finals against Vancouver. The camera cut to the seats behind the penalty box and showed Gilbert giving Duguay a high-five.

“I never even knew this footage existed until today,” Duguay said. “I had the pleasure of being with Rod Gilbert when the Rangers finally won the Cup. He had his chances in his career, but it obviously had been so long [since 1940], and we celebrated together. I got to experience that with him.

“The Cup really meant a lot to him, because he was such a part of the fabric of the organization for so long. To be with him when the Rangers finally won was an amazing experience.”

The two continued to work together through the ensuing years, and Duguay said he “would drop everything to do anything for that man” whenever asked to appear at a team event, especially one run by Gilbert.

“That title, Mr. Ranger, he took it seriously,” Duguay said. “You would see him in suite visits and walking in the aisles, he’d stop for everyone who wanted a picture or an autograph. He absolutely loved it, and the fans adored him. And he never got tired of any of it. That’s just who he was.”