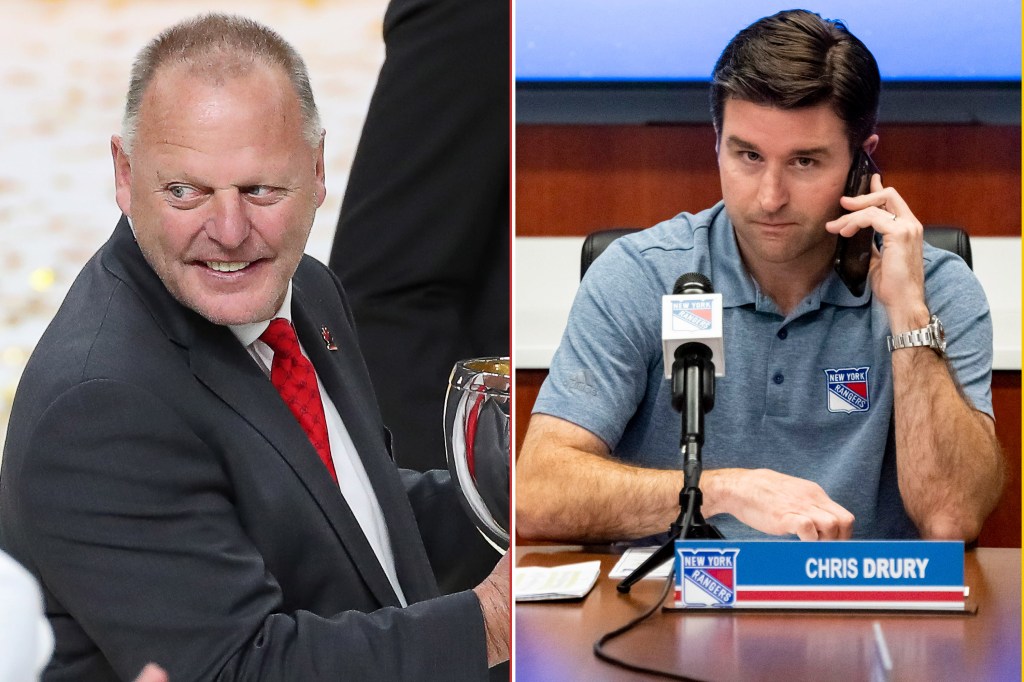 
Reiterating what he had first said in June, Chris Drury on Thursday indicated his preference for the Rangers to name a captain for the upcoming season after going without one since Ryan McDonagh was traded at the 2017-18 deadline.

“I think it’s an important piece for us moving forward to have a captain, but with that said, it has to be the right person,” the general manager said during a conference call. “Turk [head coach Gerard Gallant] just got to town a little while ago, and he’s just getting to know the players on and off the ice.

“It has to be our decision, collectively as an organization, so we’ll continue to have discussions and look at our different options. I’m very confident in the guys we have in the room and the leadership we have and have added.”

Jacob Trouba, who at 27 is entering his third year as a Ranger, is likely the leader in the clubhouse after having been lauded repeatedly for his leadership by former coach David Quinn.

If management wants to go young, Adam Fox is the most logical man, but the team might be reluctant to put so much so soon onto the 23-year-old, third-year pro coming off a Norris Trophy-winning season.

“One way or another, I think it’s going to get figured out,” Drury said.

Nils Lundkvist, the highly regarded, 21-year-old Swedish defenseman who excelled in the SHL last year, will participate in the Blueshirts’ development camp that commences Friday.

Lundqvist, who surely is expected to grab a third-pair spot behind righties Fox and Trouba, will join blue-line prospects Zac Jones, Matthew Robertson, Braden Schneider and Tarmo Reunanen in the camp that will transition into rookie camp running through Sept. 22.

“He’s a very talented player, extremely smart, he can skate, he’s got a big shot, he sees the ice really well, and his first pass is terrific. He can be on a power play,” Drury said of Brad Park, er, Lundkvist.

“He’s grown a lot overseas and won a big individual award [Borje Salming Trophy as best Swedish defenseman], and we’re certainly excited where he’s at. Like with exhibition games, we’re having a tryout, and at the end of things it wouldn’t surprise me if he’s standing there on our team.

“We’re really excited at how good we think he is and project him to be but we have to go through the process and see how he performs every step of the way, starting [Friday] right up through the exhibition games.”

The Rangers have announced protocols for fans planning on attending games at the Garden. All fans age 12 and over will have to present proof of having received at least one dose of a COVID-19 vaccine. Children under 12 must present a negative COVID test. Fully vaccinated patrons will not have to wear a mask inside the building, but all others from ages 2 through 11 will be required to be masked except when drinking or eating.

Drury, on the moves to add toughness that feature the additions of Barclay Goodrow, Ryan Reaves, Sammy Blais, Patrik Nemeth and Jarrod Tinordi: “We’ve talked about doing this for a while, knowing that with the assets we’ve [previously] acquired who have a lot skill, we’d have to surround that skill with players that had experience and some size and some grit and that had won in different places.

“We were fortunate to be able to do that with some moves this summer,” he said. “It really wasn’t something that was just all of a sudden, ‘Let’s go this way.’ It’s been talked about and known this was going to be a piece of the puzzle that we needed to add at some point.”

Jets’ Marcus Maye not upset with losing captain role: ‘It what it is’