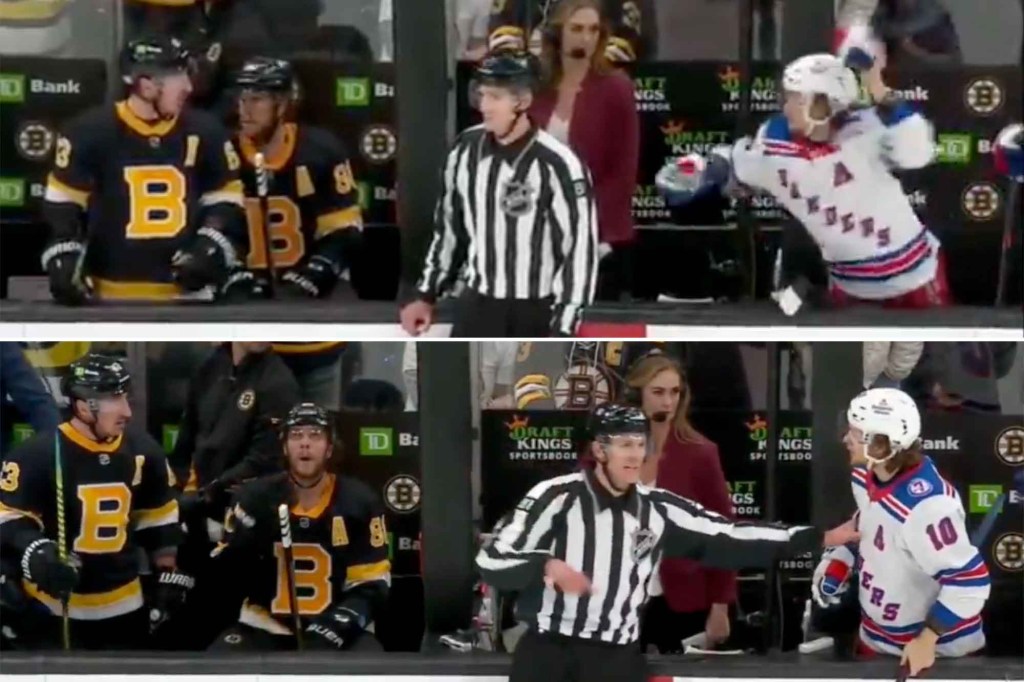 
Rangers forward Artemi Panarin was fined $5,000 for throwing a glove at the Bruins’ Brad Marchand during Friday’s game.

According to The Post’s Larry Brooks, Marchand invoked Russian president Vladimir Putin’s name and said that no Russian liked Panarin.

Speaking to reporters at Rangers practice, Panarin joked that the $5,000 doesn’t mean much to him, since he has an $11.6 million contract. He also said he felt Marchand crossed a line, and should have been fined, too.

“Yeah, I think that’s not honest,” Panarin said. “Because I can’t control myself after that.”

The Rangers came away with a 5-2 win over the Bruins. They return to action on Sunday against the Islanders