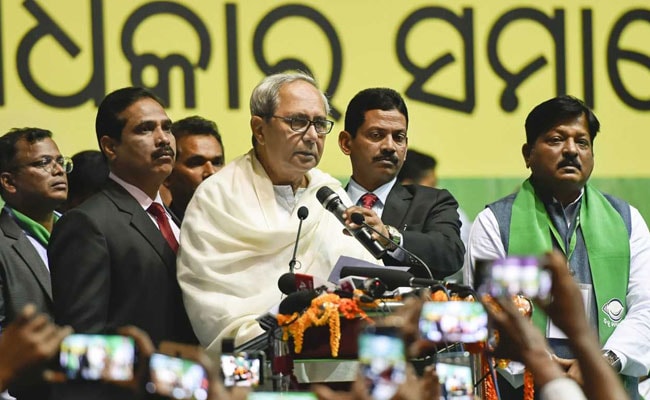 Droupadi Murmu will be the first person from Odisha to occupy the presidential post if elected. (File)

Expressing his happiness over the nomination of Droupadi Murmu as the BJP-led NDA’s presidential nominee, BJD supremo and Odisha Chief Minister Naveen Patnaik said it was a proud moment for the people of his state.

“I was delighted when Hon’ble PM @narendramodi ji discussed this with me. It is indeed a proud moment for people of Odisha,” Mr Patnaik said in a tweet while congratulating Ms Murmu on her candidature.

Congratulations Smt #DraupadiMurmu on being announced as candidate of NDA for the country’s highest office. I was delighted when Hon’ble PM @narendramodi ji discussed this with me. It is indeed a proud moment for people of #Odisha.

Mr Patnaik further said he is sure that Ms Murmu “will set a shining example for women empowerment in the country.”

The BJP on Tuesday named Ms Murmu, a tribal leader of the party from Odisha, as the ruling NDA’s candidate for the presidential election, sending out a significant political message after elevating a Dalit, Ram Nath Kovind, to the top post five years back.

BJP president J P Nadda announced her name at a press conference following a meeting of the party’s parliamentary board, which included Prime Minister Narendra Modi and other senior leaders.

Ms Murmu, 64, a former Jharkhand governor, will be the first person from Odisha and the first tribal woman to occupy the top constitutional post if she is elected, a strong possibility as numbers are stacked in favour of the BJP-led National Democratic Alliance (NDA).