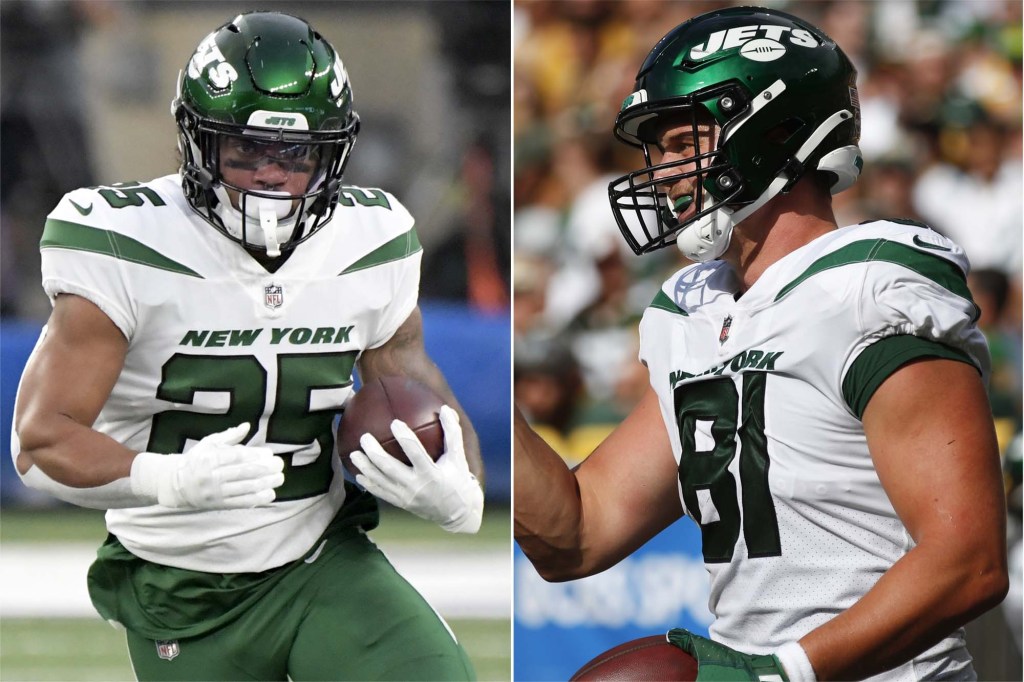 General manager Joe Douglas does not have many tough decisions this year. The Jets do not have great depth and there are very few debates to have. While he will cut the roster to 53 on Tuesday, that is the “initial” 53 and not the final. Douglas’ work will only be starting. The Jets surely will work the waiver wire, where they are No. 2 in claiming order, to add players to their roster before the Sept. 12 opener against the Panthers.

Here is our crack at projecting the 53-man roster:

Early in training camp, I thought James Morgan would be on the team, too, but after watching him struggle in camp and in preseason games, I think the Jets will just go with Wilson and White. Douglas likely will try to sneak Morgan onto the practice squad by not making him one of his initial cuts, but doing it closer to the Week 1 game.

This is an easy one. Josh Adams did not get any carries at Green Bay, a bad sign for his prospects of making the team. The only complicating factor is Perine is now dealing with a foot injury.

This is an interesting position. The first three are no-brainers. Mims clearly is still trying to win the coaches’ trust and now has been sidelined with a hip injury. Still, he is too talented for the Jets to give up on. Berrios gets the nod as the sixth receiver in part because of his punt return ability, but also because he had a strong camp. D.J. Montgomery, Jeff Smith and Vyncint Smith all had good moments in camp, but will get caught by the numbers game.

Wesco is now more of a fullback than a tight end, but we’ll still list him here. This group is not great, but Kroft had a good game at Green Bay. Griffin is recovering from a hamstring injury.

It is still a toss-up as to who will start at right tackle, Moses or Fant. The loser of that competition will be the backup swing tackle. Feeney has struggled while filling in for an injured Vera-Tucker, but the Jets gave him $3 million guaranteed, so he’s not going anywhere.

This unit took a hit last week with the loss of Carl Lawson for the season. Lawson moving to IR opened up a roster spot for Rashed, an undrafted free agent. Blair has been injured throughout camp, making his status to start the season a question mark.

The loss of Jarrad Davis for two months to an ankle injury makes a thin group even thinner. The Jets may be counting on two rookies to play a lot. Dawkins has emerged as a potential starter over the past week. Douglas may be looking to add to this group from the waiver wire.

Another unit that is frighteningly young. Hardee is on here for his special teams play. This is another group that might have some additions after cutdown day.

Ashtyn Davis is still coming back from a foot injury and likely will stay on the PUP list to start the season, meaning he won’t be on the active roster until midseason. Neasman has gotten a lot of playing time with Joyner sidelined over the last two weeks.

Another year, another kicker. Ammendola had a strong training camp and beat out Chris Naggar and Sam Ficken. Douglas may be looking at kickers on the waiver wire, but Ammendola has shown enough to get the Week 1 nod.