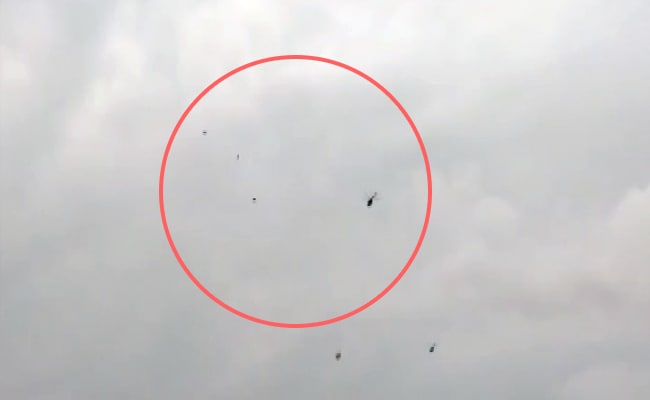 Visuals showed the balloons being released while PM Modi’s helicopter was taking off in Vijaywada.

Some Congress leaders were protesting at the airport where PM Modi’s chopper took off. They were seen holding black balloons and placards as they shouted slogans targeting the Prime Minister.