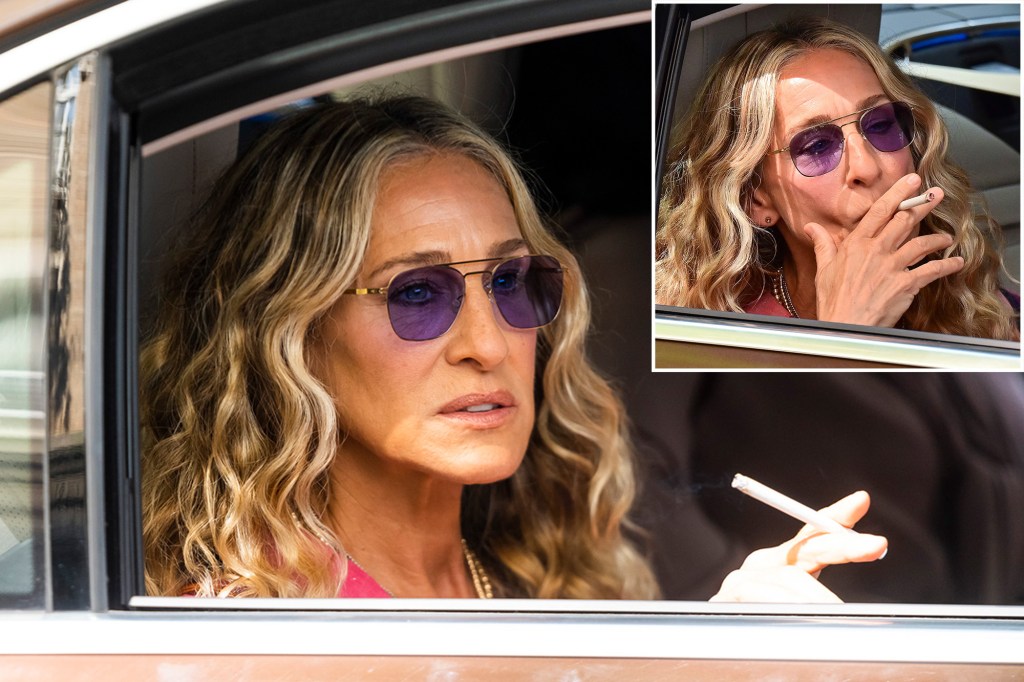 
The “Sex and the City” reboot “And Just Like That” has all the hallmarks of 2021: a large, in-your-face effort to make its cast more diverse, and a humorless rift that led to excluding the only genuinely fun character: Kim Cattrall’s Samantha.

It’s disappointing, but not entirely surprising. After all, the last few years have been devoted to think pieces pointing out that the show is, ahem, “problematic.”

Even co-star Cynthia “cinnamon raisin and lox” Nixon did her mea culpas on the “Today” show in 2020: “That was something that I was aware of at the time, and said at the time and I think a number of us said it,” she professed of the almost all-white cast.

All of the inclusivity bluster made this new iteration seem more like reparations than must-see entertainment. Fans of the show want good television, not paint-by-numbers safe spaces wrapped up in couture.

And then I saw some promising smoke signals that perhaps, all is not lost.

Those signals came from Carrie Bradshaw herself. This week, a photo surfaced of Sarah Jessica Parker on set as Carrie cranking on a cancer stick from the back seat of a very shiny car, her perfectly wavy hair framing the beautiful burning butt. Her new co-star Sarita Choudhury was beside her, puffing away as well.

Thank goodness! The ghost of former surgeon general C. Everett Koop might now be haunting the sets, but boy what a bright spot for us romantics who love old-school vice.

Don’t misunderstand — I’d never touch a cigarette myself. But the fact that Carrie’s still lighting up means that there’s a chance that the reboot won’t be a total drag.

Why? “SATC” was always a fantasy. Carrie lives an impossibly glamorous life, in a lovely, spacious apartment with a seemingly unlimited shopping budget. More, she’s a writer! In pre-pandemic times, most of the real writers I know used their fancy credentials to elbow their way into parties so that they could fill up on free hors d’oeuvres, and have a one-night reprieve from whatever Fancy Feast crap was on sale at Key Food.

Carrie being an unrepentant smoker was the most relatable thing about her. This entitled socialite — for whom almost everything came easy — also had a dirty, filthy habit that causes cancer, wrinkles and horrific, graphic smoking-cessation ad campaigns featuring people with voice boxes.

In other words: Her most trusty accessories were Jimmy Choos, Manolos, Fendi Baguettes and a pack of Marlboro Lights. It was enough to make even this cigarette virgin swoon.

Sure, sometimes the habit served as a plotline, like when Aidan asked her to quit so they could date. But mostly it was just a delightfully gross character flaw — a nicotine stain on her otherwise perfect visage.

For those of us who are old enough to remember a more vice-ridden NYC, Carrie’s addiction was also a lifeline to another era of the Big Apple, before it was a perfectly shiny Whole Foods apple (looks great, but tastes like a mealy fistful of nothing). The show premiered in 1998, five years before the city’s smoking ban went into effect in 2003 — yet a cigarette dangling from her mouth remained as ever-present as the group’s bawdy brunch talk.

That’s why I love to see Carrie taking a deep inhale, like she’s breathing in all that was once great about New York. If it were up to me, she’d never quit: Carrie Bradshaw will continue to take her cosmos with a side of carcinogens, thank you very much.

The roadblocks to Yankees overcoming their greatest failing