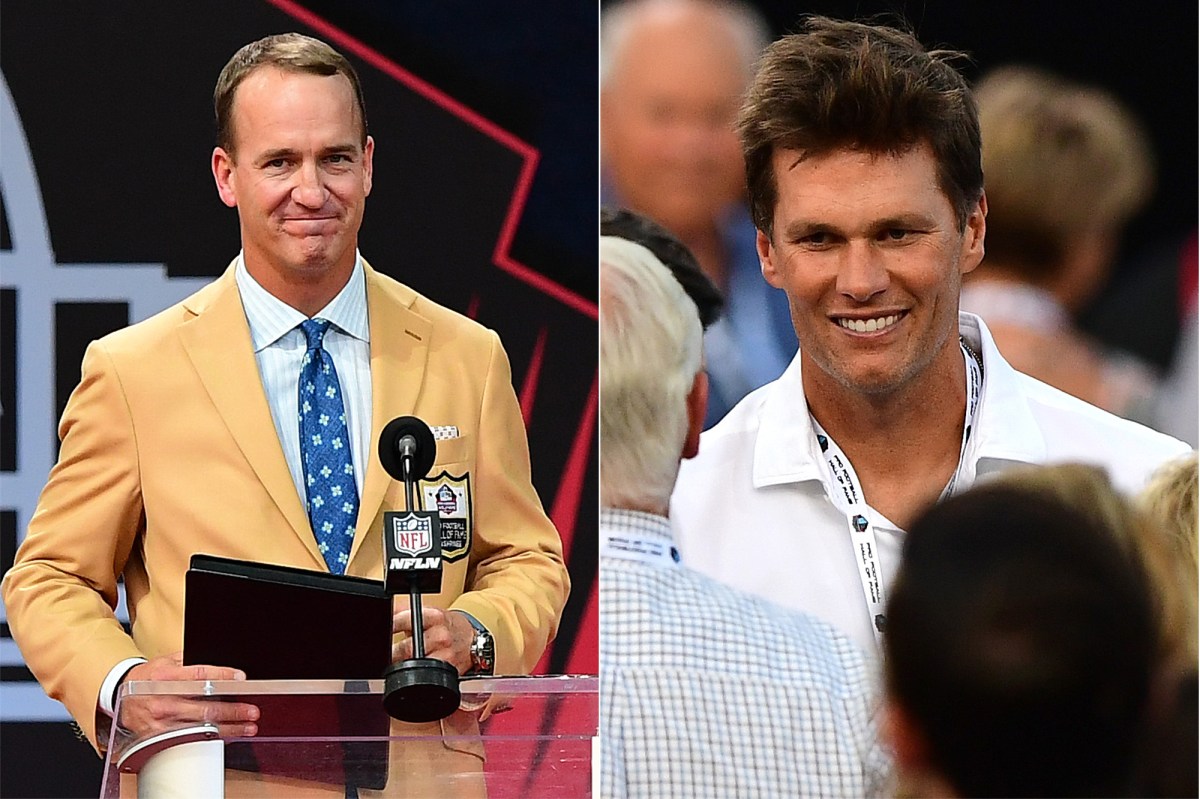 The former Colts and Broncos quarterback took time during his Pro Football Hall of Fame acceptance on Sunday night to take a friendly jab at former rival Tom Brady. The Buccaneers quarterback. who turned 44 last week, was in attendance in Canton, Ohio in support of Manning, against whom he is 11-6 all time.

Manning, 45, brought up Brady while talking about the time allowed for the hall’s acceptance speeches going down each year.

“Speaking of rivals, my good friend Tom Brady is here tonight,” said Manning, who won two Super Bowls and five MVPs. “By the time Tom Brady is inducted in his first year of eligibility in the year 2035, he’ll only have time to post his acceptance speech on his Instagram account.”

Brady, who won his seventh Super Bowl ring last season, agreed to a contract extension with Tampa Bay that has him signed through the 2022 season. He shows no sign of slowing down, even playing last season with a torn MCL. Brady threw for 4,633 yards and 40 touchdowns with 12 interceptions last season.

Brady joked in a Twitter post prior to Manning’s induction that he was only attending because “I just need to make sure he’s really done. Can’t risk this guy coming back … .”