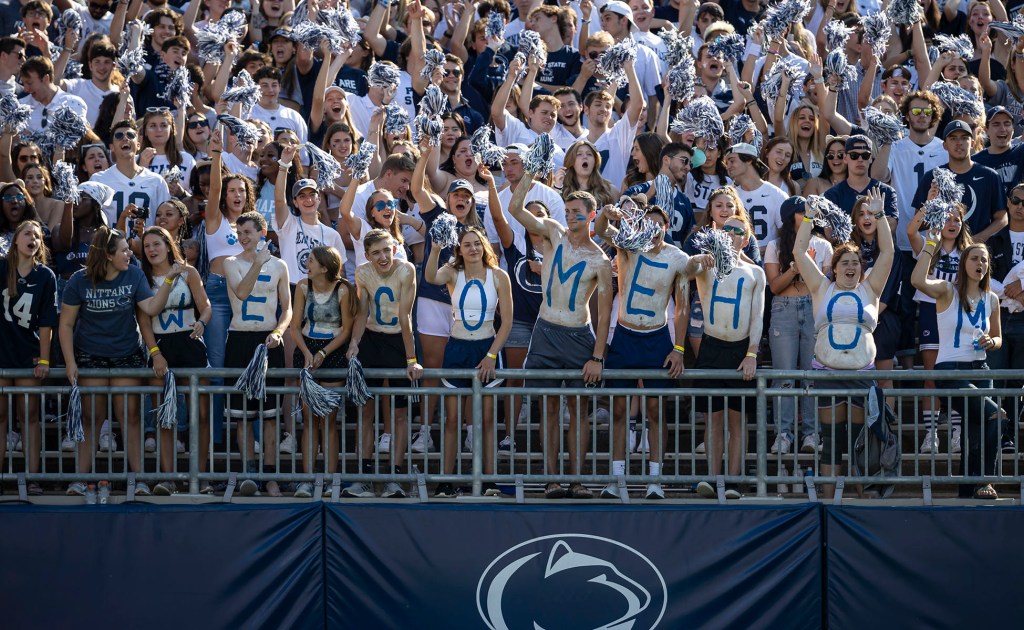 The best thing about the College Football Playoff — aside from the obvious: crowning a national champion in the least controversial way ever and giving multiple deserving contenders an opportunity unavailable to too many brilliant teams in previous decades — is the ripple effect of making more games matter. The inevitable and unnecessarily long path to playoff expansion will accomplish the task of increasing the quality of those games, with teams seeking to distinguish their résumés through non-conference strength of schedule.

For now, interconference matchups, such as Penn State versus Auburn, remain too rare outside neutral-field games. This week’s most intriguing game brings the Tigers to their highest point above the Mason-Dixon line in two decades, and brings ranked teams from the SEC and Big Ten together in a true home environment for just the second time in 56 years.

The reason such games don’t occur more often will be revealed in front of more than 106,000 fans at Happy Valley. While Auburn has been padding its stats against Akron and Alabama State, the Nittany Lions have shut down Wisconsin and destroyed defending MAC champion Ball State.

Time will still be left in the first quarter when you’ll see that quarterback Bo Nix remains the same flawed leader of the Tigers, prone to mistakes and rattled on the road. Nix, a third-year starter, has more career road interceptions than touchdowns, with a completion rate under 55 percent and a 4-5 record. He has also lost eight of his past 10 games (including four straight) against ranked teams and has failed to even help the Tigers cover in their past four games as underdogs.

Penn State (-5) will create a familiar scene, with its defense averaging two interceptions and 11.5 points allowed per game. The momentum of six straight wins — and covers — continues.

The Bearcats already lost. Their farfetched playoff hopes hinged on Indiana — and Notre Dame — repeating the success of last season.

What’s saddest: 1) That this historic rivalry hasn’t been played since 2010; 2) That virtually no players know anything of this rivalry; 3) That neither school will soon be in its proper Big 12 home; or 4) That this is the state of Nebraska football in coach Scott Frost’s fourth season.

Haynes King’s broken leg gives Zach Calzada — who completed 18 of 38 passes in relief against Colorado — his first start at quarterback for Texas A&M. Former Kentucky quarterback Terry Wilson could put up better numbers for the opposition.

Morgantown tilts the outcome of a toss-up battle. The Mountaineers have won five straight home games. The Hokies have gone 2-5 in their past seven road games.

The Fighting Irish won’t remain shaky favorites much longer. Starting next week, Notre Dame will face currently ranked opponents in four of five games, with USC as the lone outlier.

The departures of Kyle Trask and Kyle Pitts leave the Gators incapable of pulling off the team’s first win over Nick Saban since Tim Tebow. Still, The Swamp will provide some trouble for the inexperienced Crimson Tide.

The Buckeyes’ defense has left them vulnerable, but Tulsa — which scored 17 points in a loss to UC Davis — isn’t equipped to take advantage.

The Yellow Jackets will be lucky to touch double-digits. Dabo Swinney’s Clemson defense hasn’t allowed a touchdown this year and soon-to-be superstar quarterback D.J. Uiagalelei is due to break out, three games into life after Trevor Lawrence.

Without defensive scores, Iowa will struggle to cross the goal line three times. The Hawkeyes average 3.84 yards per play (117th in the nation) and the Golden Flashes lead the nation with eight interceptions.

The second-best team in the nation has allowed 10 points through two games. Now, the Georgia defense will face a team led by a graduate assistant or an inexperienced sophomore throwing his first pass of the season. Three turnovers and a 2-for-12 showing on third downs against East Carolina don’t bode well for the Gamecocks, regardless who is under center.

If you believe in Herm Edwards, you haven’t lived in New York long enough. If you believe in BYU quarterback Jaren Hall, you also must’ve stayed up late to watch him do what Zach Wilson never did — pull off an upset of Utah — while throwing for three touchdowns and running for 92 yards.

With a convincing win, I’ll begin to buy that Chip Kelly is back. But I can’t shake his 12-21 record at UCLA or the belief that beating LSU had more to do with another underachieving Ed Orgeron team or the limitations of this run-heavy offense in 2021 or a quarterback completing fewer than 53 percent of his passes. The Bulldogs — who beat Kelly and the Bruins, 38-14, at the Rose Bowl in 2018 — have already stood toe-to-toe with the Pac-12’s best, holding a fourth-quarter lead over Oregon. Former Washington quarterback Jake Haener will give UCLA a similar scare.

What brought Patty Mills to Brooklyn