Patriots’ J.C. Jackson not impressed by Tua Tagovailoa after loss to Dolphins 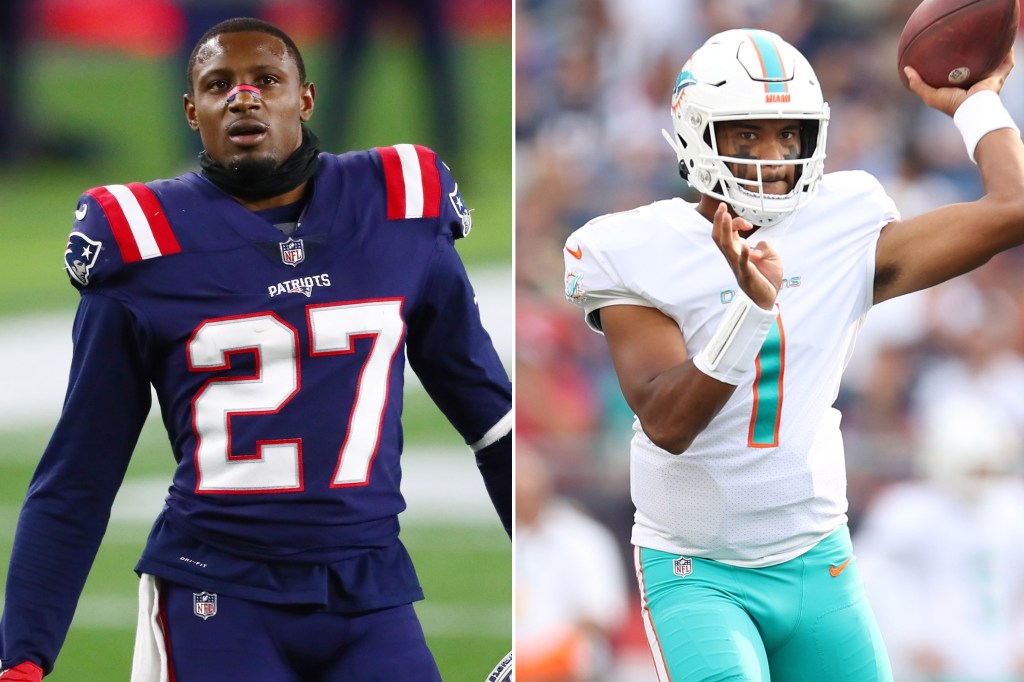 
Tell us how you really feel, J.C. Jackson.

Tagovailoa finished 16 of 27 for 202 yards, with one early 3-yard touchdown run and one interception — which Jackson spoke candidly about after the game.

“That’s what Tua do. If he doesn’t have his first read, he’s just gonna throw the ball up and that’s when we capitalize on defense when he makes mistakes like that,” Jackson said, according to Andrew Callahan of the Boston Herald.

With nearly nine minutes to go in the fourth quarter, the sophomore QB attempted to make a pass under pressure that was instead intercepted by Patriots cornerback Jonathan Jones. New England’s defense recorded one takeaway (the interception) and two sacks, and allowed 3.2 yards per carry.

Tagovailoa discussed the interception after the game and explained, “I was trying to throw the ball away. Unfortunately, that isn’t what happened.”

Despite Tagovailoa’s errors, he kept the Dolphins afloat to secure the win. He finished with a quarterback rating of 79.6, while completing 59 percent of his passes.

Tagovailoa, however, was outshined by fellow Alabama alum and Patriots rookie quarterback Mac Jones, who went 29 of 39 for 281 yards and a touchdown.

Jones — whose quarterback battle with Cam Newton stole headlines during the preseason before Newton’s surprise release from the Pats — was able to spread the ball well. He completed passes to eight different players.

The Patriots and Dolphins will meet again in Week 18 in Miami. The Dolphins host Buffalo next Sunday, while the Patriots visit the Jets.

The Culpo sisters’ NFL rivalry got out of control: ‘Kiss my ass’