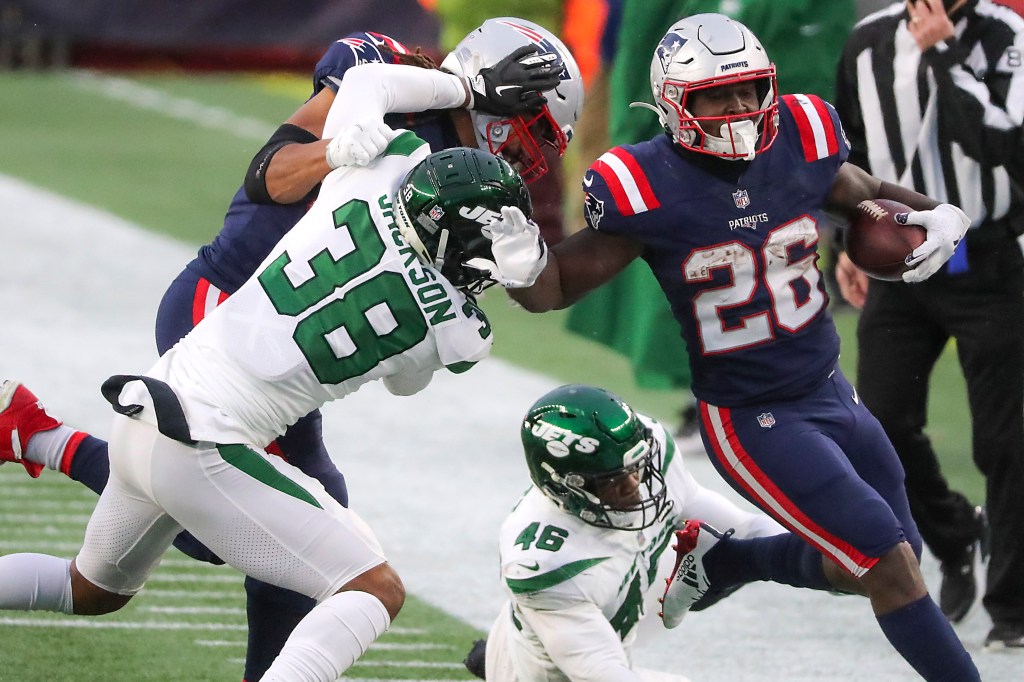 The Rams wasted little time adding to their backfield after being plagued by injuries ahead of their 2021 campaign.

Los Angeles acquired running back Sony Michel from the Patriots, the team announced Wednesday. The trade will send two conditional draft picks — one in the fifth round and another in the sixth — to New England.

Michel will add much-needed depth at the running back position for the Rams after Cam Akers suffered a torn right Achilles tendon while working out before training camp.

The former first-rounder, who was selected by New England with the 31st overall pick in the 2018 NFL Draft, missed six games last season with a quadriceps injury he suffered in Week 3. In nine games, Michel rushed for 449 yards and a touchdown on 79 carries.

New England foreshadowed that Michel’s days with the team were numbered when they did not pick up the fifth-year option on his rookie contract and then selected running back Rhamondre Stevenson in the fourth round of the 2021 NFL Draft.

Michel had his moments in New England, including a stellar rookie season when the former Georgia star ran for 931 yards and averaged 4.5 yards per carry. He then rushed for 94 yards and a touchdown to help the Patriots beat the Rams in Super Bowl LIII.

Now, he’s part of Sean McVay’s offense, where he’ll need to make an immediate impact to help the ailing Rams in the 2021 season.

With Akers out, Darrell Henderson Jr. took over, but is now sidelined with a thumb injury he suffered in training camp. He’s been participating in practice in a non-contact jersey, though he’s expected to be ready for the start of the season.