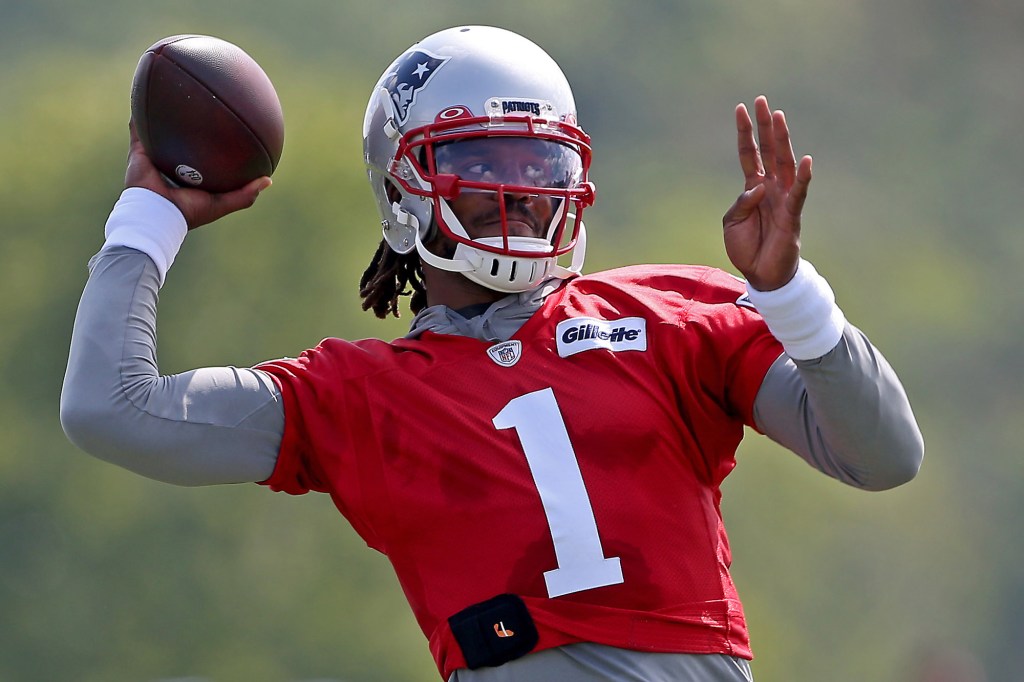 Scott Zolak is the current radio voice of the Patriots, and played for the team for eight years from 1991 to 1998. One might think he’d be as plugged in as anyone in terms of the team’s affairs – which is what makes his most recent claim all the more mind-boggling.

Speaking on 98.5 “The Sports Hub” in Boston, Zolak suggested that possible starting quarterback Cam Newton’s play is being hampered due to his music choice during practice.

“I’d turn off the rap music first of all,” Zolak said. “Because I think it’s distracting for Cam here. Because in between every throw he’s dancing.

“He makes a throw and then [dances]. The music’s still cranking here, I know you can hear faintly in the background here.”

The announcer then suggested it was a stark contrast with Mac Jones.

“He’s here to work. And everything is attention to detail,” Zolak said of the Patriots’ first-round pick.

However, Jones is also a fan of hip hop, as has been noted by Newton himself.

“You catch him in the locker room every time quoting some Future, some Baby,” Newton said last month, per TMZ.

Newton and Jones are still locked in a quarterback competition, with head coach Bill Belichick having not yet named the starter. If it isn’t Newton, it’s probably due to his diminished arm strength and the fact that he only threw eight touchdowns last year – not due to his taste in music.