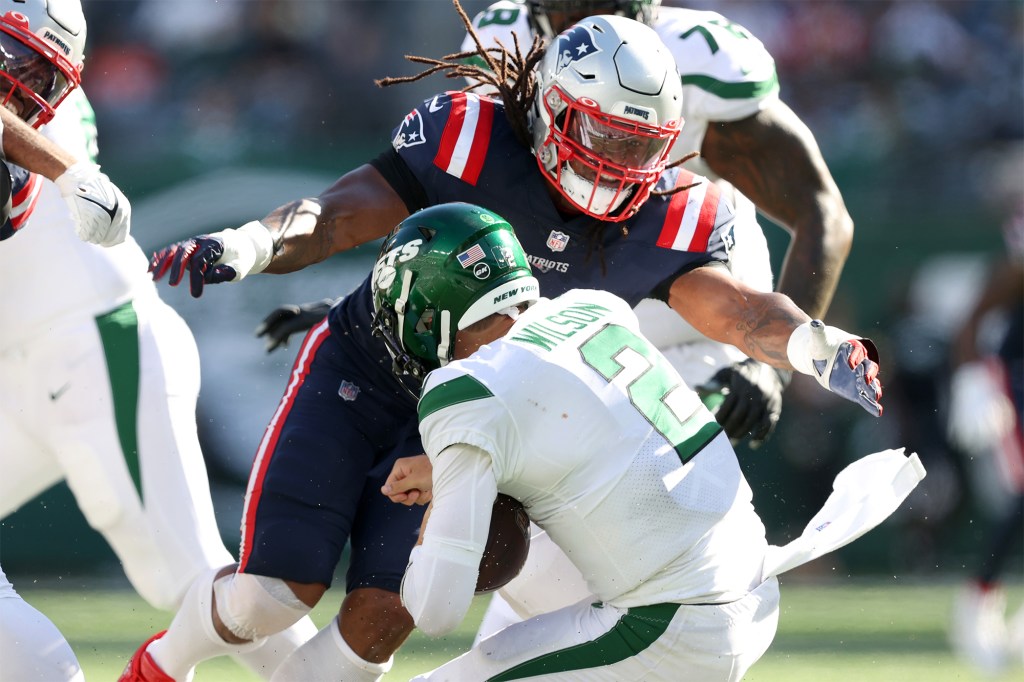 
The Patriots said they came away impressed with Jets rookie quarterback Zach Wilson after Sunday’s 25-6 rout.

Yes, the same Wilson who threw four interceptions — two on his first two throws and three overall in the first half.

Whether the Patriots were serious, patronizing, buttering Wilson up for the teams’ next meeting in October or simply being kind is up for interpretation.

“Wilson made some pretty impressive throws,’’ New England coach Bill Belichick said. “That kid’s going to be a good player … he is a good player.’’

When Belichick, who’s now 22-6 when facing rookie quarterbacks, was asked exactly what impressed him about Wilson, the No. 2-overall pick in the draft, the Patriots coach gave an answer that sounded like he was incredulous that no one else noticed what he had.

“Did you see the throws he made?’’ Belichick said. “That last 7-route with a minute to go in front of their bench? That’s a great throw.’’

It was a great throw, a 35-yard pass to Jeff Smith. But it came with the game having long been decided. When it mattered most, when the game was still in doubt, Wilson was bad. He forced his first pass attempt to receiver Corey Davis with two New England defensive backs around him and J.C. Jackson picked off the deflected ball.

His second pass attempt, on the Jets’ second possession, was thrown too high in the direction of Davis, who got his hands on it at the last moment but had it slip through and into the arms of Patriots safety Adrian Phillips.

Davis would tell Wilson on the sideline that the play was on him, his fault. But Wilson and everyone else in the stadium knew otherwise.

“We had some opportunities and we took advantage of them,’’ Belichick said. “You’d have to ask [Wilson] about those plays. I’m not sure exactly what happened.’’

The Patriots defensive backs complimented Wilson despite how badly they made him look.

“Starting a game that way is not ideal for any quarterback,’’ said safety Devin McCourty, who had the Patriots’ final interception. “We kept trying to add the pressure and switch things up. That’s what made it tough [on Wilson]. We were trying to give him different looks in the secondary.

“[Wilson] did a good job in that he just kept playing. You can tell the guy’s going to be a good player.’’

Said Jackson, who had two of the four interceptions: “Wilson’s got a strong arm. He can really zip the ball in, throw the deep ball and intermediate pretty good.’’

Asked if he saw Wilson forcing things as the game went on, Jackson said, “He is pretty aggressive. He’s an aggressive quarterback. You want a guy who can zip it in there. I was just in the right position to make plays.

C.J. Board trying to carve out Giants role year after scary injury

The best and worst moments of Emmys 2021: Was it really #EmmysSoWhite?