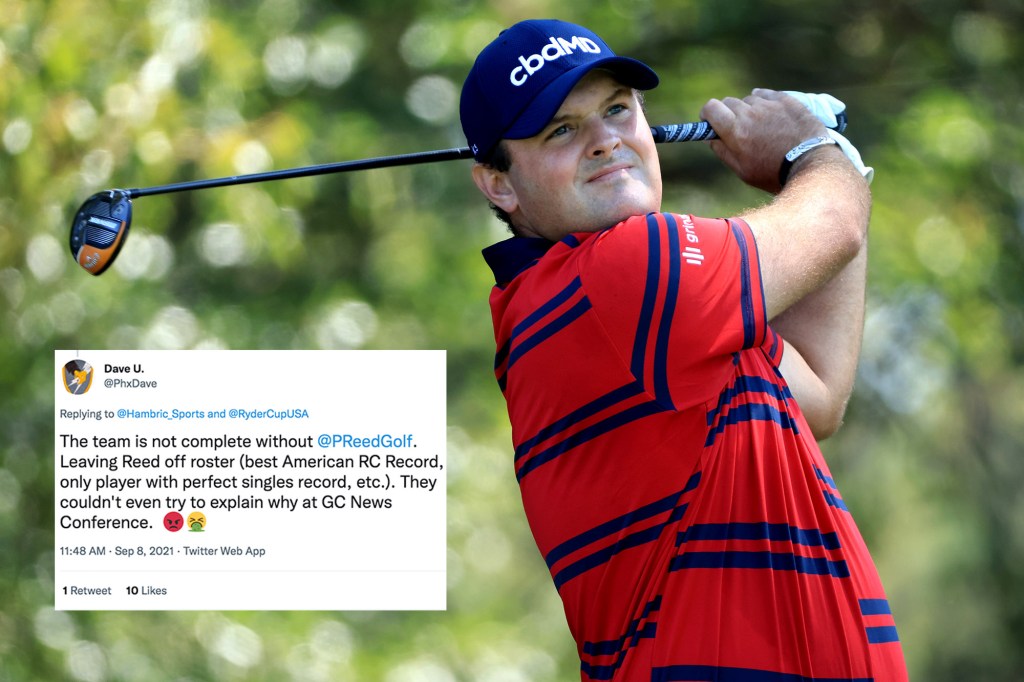 
“Captain America” could be turning into a Ryder Cup villain.

“The team is not complete without @PReedGolf,” one fan wrote to Reed’s approval. “Leaving Reed off roster (best American RC Record, only player with perfect singles record, etc.). They couldn’t even try to explain why at GC News Conference.”

Another tweet captured by ESPN sarcastically thanked Stricker for giving “the European team a lifeline” by not picking Reed. ESPN reported another tweet Reed liked called Stricker a “coward.”

The fiery and controversial Reed, who has not tweeted personally since the decision, has previously starred on Ryder Cup squads, going 7-3-2 in his three appearances. However, the 31-year-old is recently recovering from double pneumonia that left him hospitalized and fearing for his life.

Stricker said on Wednesday that was the main reason Reed was not selected.

“It was the uncertainty of his health and the lack of play that led to our decision down the stretch,’’ Stricker said of Reed, who returned for last week’s Tour Championship.

The Ryder Cup tees off at Whistling Straits in Wisconsin in two weeks.

Reed caused a major controversy after the US lost in 2019 in France, lashing out at Spieth for not wanting to partner with him and also putting blame on then captain Jim Furyk.