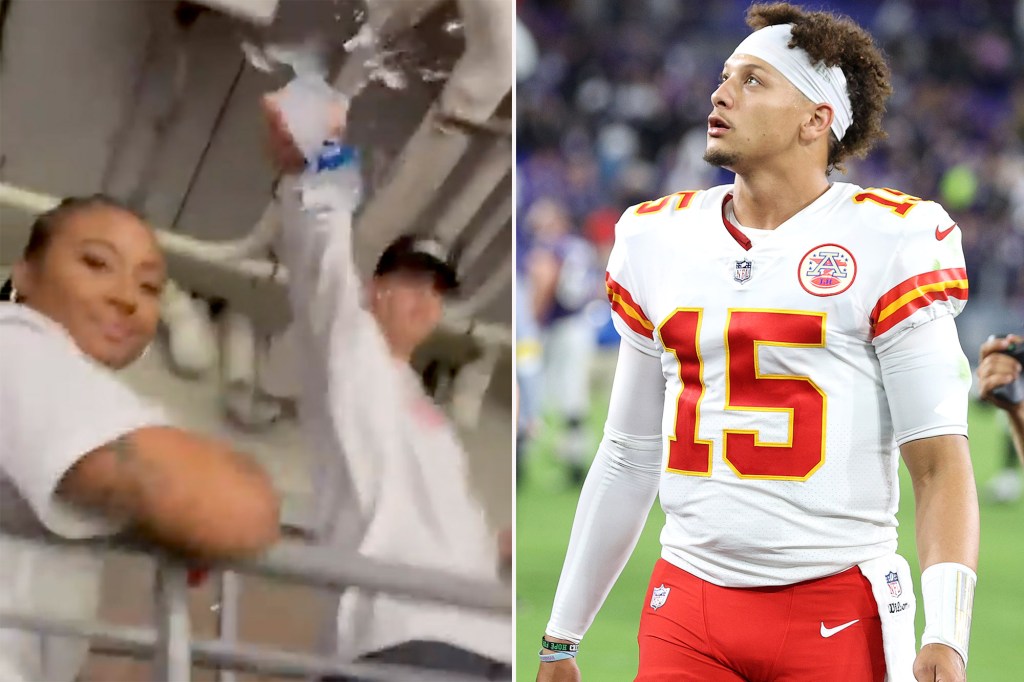 “There was things said to him and Brittany [Matthews] that you don’t see kind of on the clip,” Patrick said, acknowledging that his fiancée was also a target.

The video was shared by apparent Ravens fan Bobby Callaway on Instagram following the Chiefs’ 36-35 loss in Baltimore on Sunday night.

Patrick didn’t elaborate on the content directed at his younger brother and fiancée, but on the video Ravens fans are heard saying “I’m so sorry for you” and “Let’s go!”

“Obviously it’s not something that we necessarily want to do,” Patrick said on Wednesday during his weekly press conference, though he appeared to take his brother’s side in the viral flap.

The younger Mahomes has nearly one million TikTok followers and already takes a lot of heat in the comments. As a constant presence at his brother’s games, Jackson is known for performing trending TikTok dances on the sidelines before kickoff.

“He’s been good at not trying to respond to that kind of stuff,” Patrick said. “He takes a lot and he’s usually pretty good at it.”

His most recent video is from Monday on the Ravens’ field, dancing and wearing the same Supreme long sleeve shirt seen later in the controversial water video. Posted prior to kickoff, the video is captioned “Someone put these birds in a cage! Let’s go #Chiefs.”

Mahomes said his brother will “learn from it and try to stay away from those people as best he can” in the future.

The mysterious relationship that led to Timberwolves firing Gersson Rosas