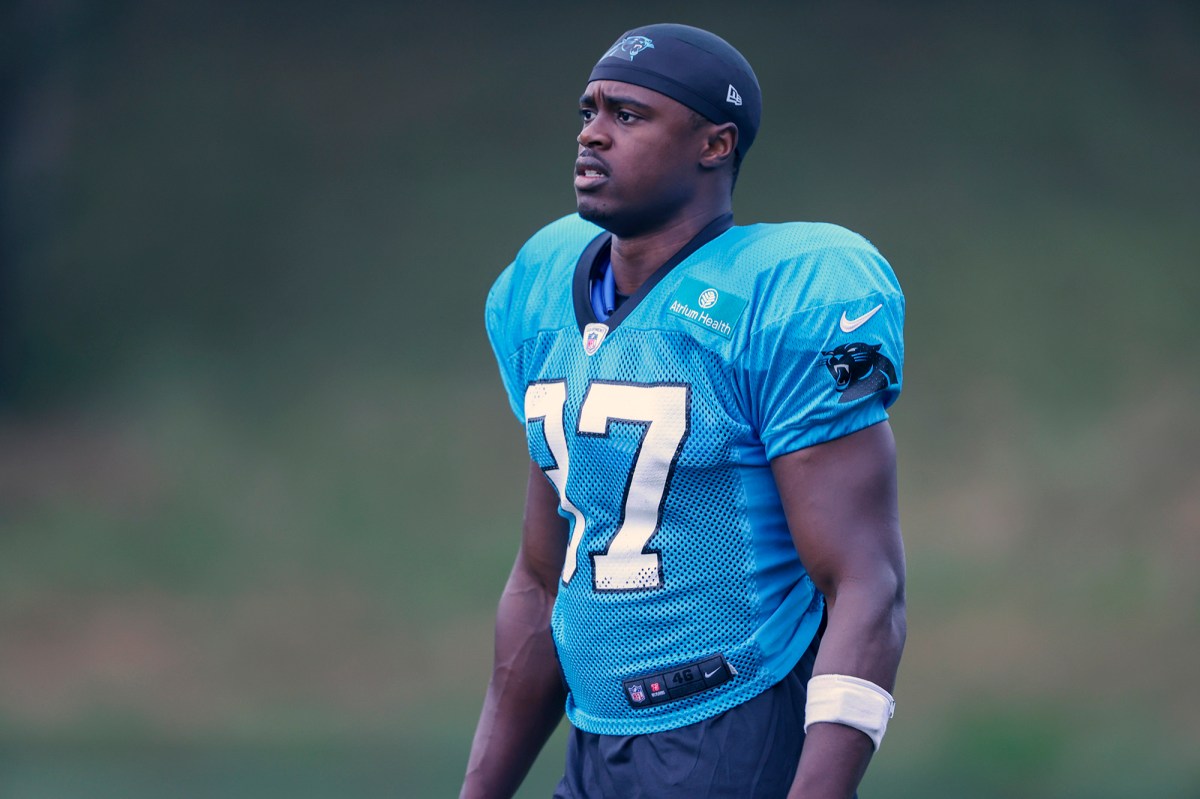 In the first padded practice of the season Tuesday, Kirkwood was leveled by Ibe on a helmet-to-helmet tackle while attempting a catch. The wide receiver was stretchered off and taken to the hospital by an ambulance.

Ibe was kicked out of practice by head coach Matt Rhule.

“It’s completely unacceptable to do something like that,” Rhule said. “There’s things, bang-bang plays, that happen. Guys will hit the ground, but you can’t tee off on somebody. That’s not what we’ll do. It’s undisciplined by us, so that can’t happen.”

Kirkwood had movement in his legs and didn’t have any pain in his neck, Rhule told reporters after practice on Tuesday.

“We’ll wait to see after he’s looked at what exactly it is, so that was just the early signs,” Rhule said.

The 25-year-old Ibe signed with the Panthers as an undrafted free agent out of the University of South Carolina.

Kirkwood is entering his second season with the Panthers after signing with the club in April of last year. Last season, he appeared in one game due to injuring his collarbone twice. He caught just one pass for 13 yards.

The 27-year-old was a member of the New Orleans Saints for two seasons prior to signing with the Panthers. In just nine games, he produced 13 catches for 209 yards and two touchdowns on 21 targets. He will look to contribute on special teams as well as the offense when he returns from injury.