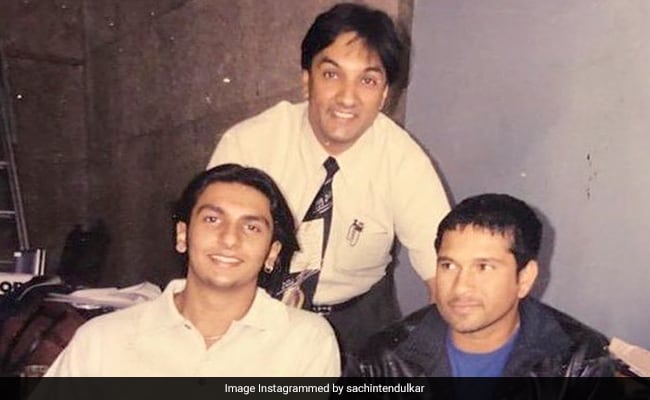 Ranveer Singh is celebrating his 37th birthday today (July 6), and to make it more special former Indian cricketer Sachin Tendulkar has shared a major throwback picture, wishing the actor. The image shows Ranveer Singh from his younger days posing for the camera with his father, Jagjit Singh Bhavnani, while Sachin Tendulkar looks away from the camera in a blue t-shirt layered with a black leather jacket. Sharing the image, he captioned it as, “Happy Birthday, Ranveer! Have a great year ahead. Found this picture of ours… Any guesses when this was clicked?”.

On his birthday, Ranveer Singh treated his fans to a shirtless selfie. In the picture, he looks uber cool in sunglasses and diamond stud earrings. Sharing the post, he wrote, “Peak Me. Lavv Yewww”. Check out the post below:

Apart from Sachin Tendulkar, several celebrities, including BFF Arjun Kapoor, Anushka Sharma and Karan Johar, shared a post wishing the actor. Karan Johar dropped a glimpse from his upcoming chat show Koffee With Karan 7 and wrote, “It’s our Rocky’s rocking birthday and to make it even more special, we have his Rani by our side! Catch more of their laughter with me on the couch on the first episode of #Hotstarspecials #KoffeeWithKaran S7, starting tomorrow”. 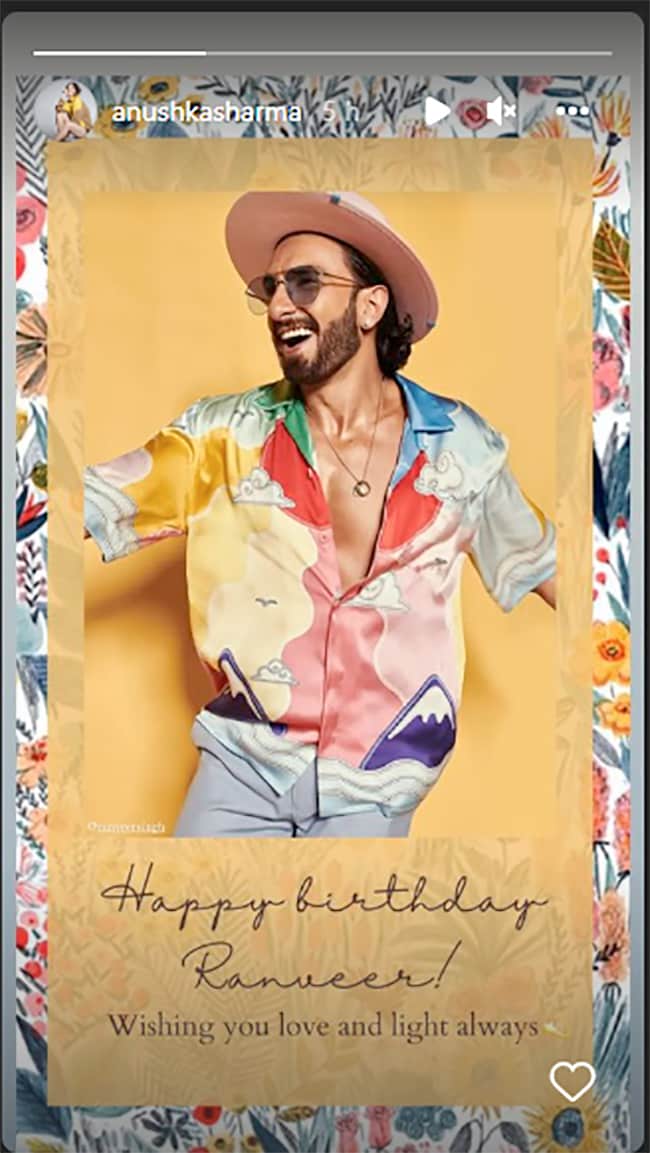 Meanwhile, Ranveer Singh is celebrating his birthday in the US with his wife, Deepika Padukone. Several videos and pictures of them dancing at singer Shankar Mahadevan’s concert went viral on the internet. Also, they attended Konkani Sammelan, where Deepika was invited as the chief guest.

Here have a look at some viral videos:

Deepika is so proud. She’s laughing and clapping????????????#DeepikaPadukone#ranveersinghpic.twitter.com/mmUilxQ5HZ

On the work front, Ranveer Singh will be next seen in Karan Johar’s Rocky Aur Rani Ki Prem Kahani with Alia Bhatt. Also, he has Rohit Shetty’s Cirkus.