Now I’m a Red Bulls goalie. On 9/11, I waited as my dad rushed toward the Twin Towers 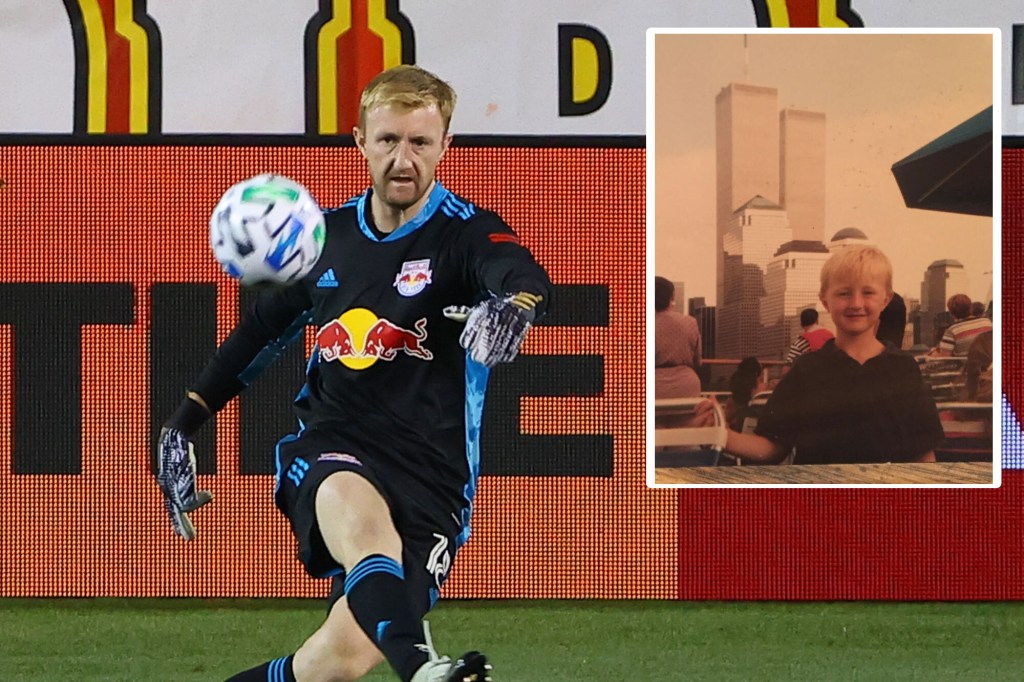 
September 11, 2001, was a picture perfect day. You couldn’t draw up a more beautiful city landscape. But pretty quickly, as we all know, it turned into one of the worst days imaginable.

I was 10 years old at the time — a sixth grader at Annunciation in the Crestwood section of Yonkers. The day started out normal enough, but then, right before lunchtime, we all started getting called out of class one-by-one. Our parents were there to pick us up. The teachers wouldn’t tell us what happened because there were kids whose parents were firemen or cops, or worked in the World Trade Center. I remember thinking it was such a nice surprise to be leaving school unexpectedly until I saw my mom Geri’s face. Instantly, I had that sinking feeling that something was wrong. With tears in her eyes, she told me and my brothers that the Twin Towers had collapsed. Thankfully, she added that my father and uncle, both New York City firefighters, were OK.

My dad, Jack, who is a Lieutenant in Engine 46 in the Bronx, and my uncle, Tommy, who was a lieutenant in Ladder 2 in Midtown Manhattan at the time and is now a Battalion Chief, were lucky to be off that morning. Still, they were ordered to report to their firehouses immediately following the attacks to help aid in the rescue effort as well as to be ready if more attacks were coming.

In the days that followed, my mom tried to keep me and my brothers as busy as possible to keep us distracted from the reality of what was going on. My dad had been down at Ground Zero for three days, and when he finally came home we couldn’t have been happier to see him … it was such a relief. Even though we had spoken to him and knew he was fine, seeing him walk through the door definitely put us all at ease.

When do you know you have the right coach? Inside the Giants’ and Jets’ path to finding out