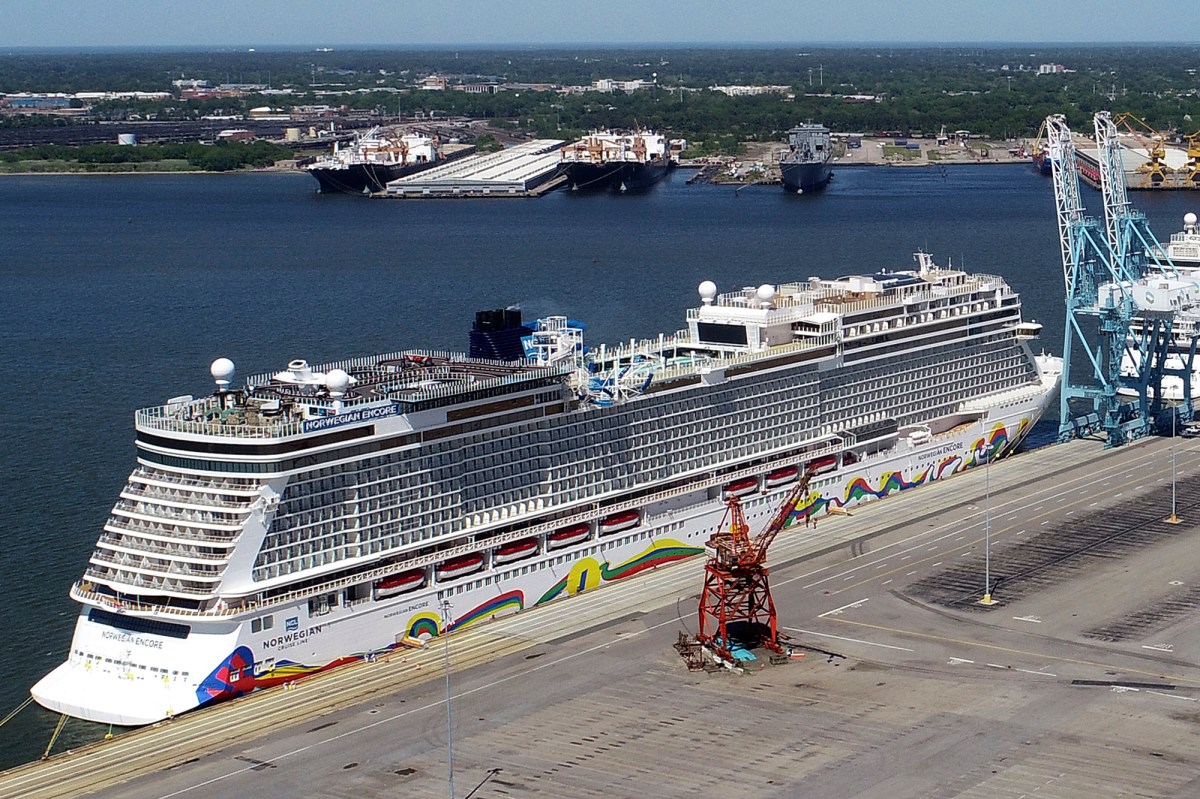 Norwegian Cruise Line can require passengers to show proof of COVID-19 vaccination, despite a Florida law that sought to ban the so-called vaccine passport program, a federal judge ruled Sunday.

US District Judge Kathleen Williams in Miami granted the company’s request for a preliminary injunction, which prevents enforcement of Florida’s ban while litigation is ongoing.

Norwegian Cruise Line Holdings last month sued Florida’s surgeon general, Scott Rivkees, over the law in the US District Court for the Southern District of Florida.

“We want nothing more than to sail from Miami, the Cruise Capital of the World, and from the other fabulous Florida ports and we welcome today’s ruling that allows us to sail with 100% fully vaccinated guests and crew which we believe is the safest and most prudent way to resume cruise operations amid this global pandemic,” Frank Del Rio, president and chief executive of Norwegian Cruise Line Holdings, said in a statement.

Norwegian’s first voyage from Florida since the pandemic brought operations to a halt nearly 18 months ago is set for next week. The Norwegian Gem is scheduled to depart from Miami on Aug. 15.

But as the world’s largest cruise operators have prepared for a return to operations, the surge in COVID-19 cases driven by the Delta variant of the coronavirus has stoked concerns.

In Florida — where Governor Ron DeSantis has insisted there’s no need for restrictions on businesses to combat the virus — daily new cases have hit an all-time high and daily new deaths are approaching record levels, according to data from Johns Hopkins University.

“It’s scary what’s happening in Florida,” Derek Shaffer, an attorney for Norwegian Cruise Line Holdings, reportedly argued during a court hearing on Friday to request the injunction. “All of Florida is a hot spot … All we’re doing is trying to protect our staff and passengers.”

But the Florida law, which DeSantis has personally heralded, argues that requiring proof of vaccination is tantamount to discrimination.

The law threatens prosecution and fines of up to $5,000 per customer for any business that requires proof.

However, the preliminary injunction doesn’t mean the law won’t eventually be enforced. If the judge OKs the law in the future, it could spur Norwegian and other cruise lines to leave Florida’s ports or accept passengers that may not be vaccinated against COVID-19.

Shortly after Florida debuted the law in May, Del Rio suggested to investors that the company may leave the state if the law holds up.

“We hope that this doesn’t become a legal football or a political football, but at the end of the day, cruise ships have motors, propellers and rudders, and God forbid we can’t operate in the state of Florida for whatever reason, then there are other states that we do operate from. And we can operate from the Caribbean for ships that otherwise would have gone to Florida,” Del Rio said on an earnings call with investors in May.

“We certainly hope it doesn’t come to that. Everyone wants to operate out of Florida. It’s a very lucrative market,” he added. “But it is an issue. Can’t ignore it. And we hope that everyone is pushing in the same direction, which is, we want to resume cruising in a safe manner.”

The industry is eager to return to normal operations. Norwegian and its two peers, Carnival Corp. and Royal Caribbean, have been operating at steep losses since the pandemic halted global cruising in March 2020.

While shares of all three companies have rebounded substantially off their lows at the start of the pandemic, the stock prices remain far below pre-pandemic levels as investors fret over the mountains of debt taken on by the firms to survive.

Shares of Norwegian traded more than 1 percent lower in the premarket Monday. The stock was selling at $24.60, far below the nearly $60 per share it reached in January 2020, but nearly 300 percent above the roughly $8.70 per share it hit at the start of the pandemic.