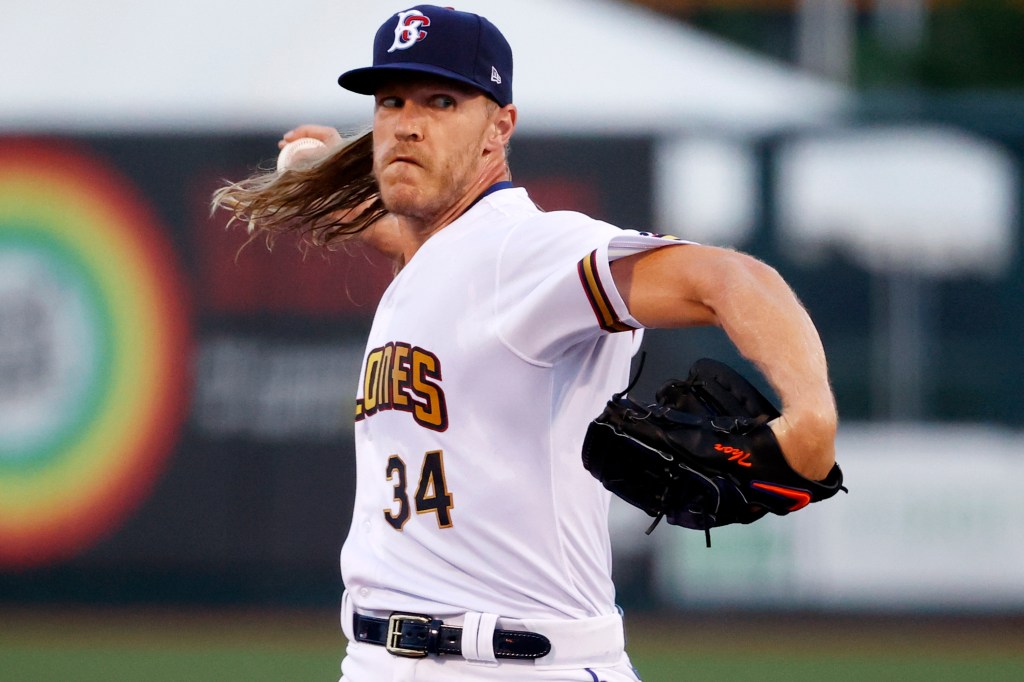 The clock officially has restarted for Noah Syndergaard to return to the Mets as a reliever this season after the former All-Star starter took a bit of a roller-coaster ride while throwing mostly fastballs in his return to the mound Thursday night in Coney Island.

How much Syndergaard will be able to help the sinking Mets, however, is in serious question. Following his one-inning outing for High-A Brooklyn, Syndergaard revealed that he has been medically advised not to throw his slider for the remainder of this season because they believe that pitch likely contributed to his previous shutdown.

Syndergaard allowed a leadoff home run but thereafter completed the first inning as planned to start his latest minor-league rehabilitation stint against Aberdeen at Maimonides Park. It marked his first game action since his first rehab assignment from 2020 Tommy John elbow surgery was halted in May due to discomfort in his repaired elbow.

“It felt great to be out there again…especially after the scare I had three months ago,” Syndergaard said. “Anytime you have that sort of setback with that sort of injury in rehab, it’s a little scary.”

Syndergaard coughed up a home run to the first batter he faced, Lamar Sparks, on an 0-2 fastball that registered 95 mph. The righty also hit Doran Turchin with a pitch with one out, before striking out AJ Graffanino and retiring Maverick Handley on a first-pitch groundout to complete the inning at 16 pitches (12 strikes).

Acting GM Zach Scott has indicated multiple times that he expects the 28-year-old righty to return as a reliever to possibly help the bullpen in September. Scott said Tuesday the Mets envision Syndergaard as a multi-inning threat in relief, a role the pending free agent said he’s willing to fill.

“I feel like I’m pretty flexible, it doesn’t really matter to me,” Syndergaard said. “I just want to go out there and compete and help the team in whatever I can and pitch in some meaningful baseball games.”

Syndergaard further said he also plans to not throw his curveball for the remainder of the year, concentrating on his two-seam and four-seam fastballs and a changeup during shorter relief outings.

“I know he’s open to do it. We just want to see how he goes from outing to outing right now,” manager Luis Rojas said before the game. “For him to see batters for the first time in a while — I think [since] we stopped him in that inning he threw n St Lucie [in May] — so it’s huge for him and we want to keep it at this that [pitch-count] range. It’s outing to outing right now.”

Syndergaard hasn’t pitched for the Mets since Sept. 2019 — he missed last-year’s pandemic-shortened season due to surgery in March.

“It allowed me to just really focus on my recovery for the last 17 months. I didn’t really have any FOMO (fear of missing out) or any urge to go out and do anything,” Syndergaard said. “There really wasn’t much to do. I’m just very thankful I’m able to come out tonight healthy. I felt really good.”