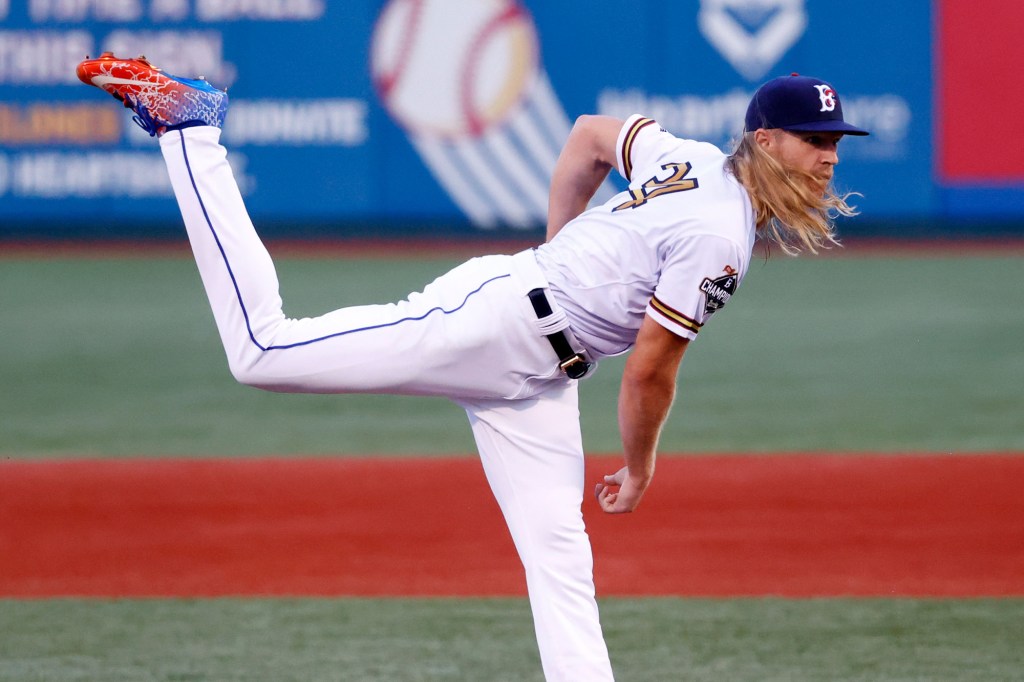 
Noah Syndergaard still expects to pitch for the Mets this season after clearing his COVID-19 quarantine earlier this week and resuming his throwing program.

Speaking at an appearance at an FDNY firehouse Friday in Queens ahead of the 20th anniversary of the 9/11 terrorist attacks, Syndergaard said he hopes to make it back to the Mets later in September.

“I think I should have enough time. I’m pretty optimistic about that,” Syndergaard said at Engine 325, Ladder 163 in Woodside.

The former All-Star, who hasn’t pitched in the majors since 2019 after undergoing Tommy John elbow surgery, pitched one inning for the High-A Brooklyn Cyclones on Aug. 26. He tested positive for COVID-19 three days later, however, and didn’t resume throwing from a mound until a bullpen session on Wednesday. He threw again before Friday’s game against the Yankees at Citi Field.

“I was pretty asymptomatic. I was one of the lucky ones. I think the only symptom I really had was I lost my taste and smell, but I regained that after four or five days or so,” Syndergaard said. “The quarantine was the most difficult part. I kind of had to rig up the mattress in my apartment and keep the arm going. I’m just itching to get back on the rehab program and get out there.”

With little time to build up his arm strength, the plan is for Syndergaard to come back as a reliever, although he revealed after his Cyclones appearance that he has been medically advised to not throw breaking pitches to avoid further stress on his arm. He is slated to become a free agent after this season, and the Mets must decide whether to tender him a one-year qualifying offer.

“Not only that, but just that it’s been two years since I’ve played Major League Baseball. It’s more like an individual reward for me for all the hard work and it’s a bonus if I can go out there and hopefully help the Mets win some meaningful ball games,” Syndergaard said. “I think it’s really important for the future of my career. … But I’ve been rehabbing the last two years and I’d like to have something to show for that to reward myself for that journey.”

“Just kind of puts things in perspective for you, just how there’s always bigger things than baseball,” said Syndergaard, who recalled that he was a fourth grader in Texas 20 years ago. “It’s just awesome that these firemen allowed us into their home, allowed us to hang out with them. … I couldn’t be more thankful for them.

The 41-year-old Hill was a student at the University of Michigan at the time. He found out about the attacks after finishing up an 8 a.m. class and seeing fellow students crying.

“It’s something that for me is important to be here and show support for the men and women who support our communities and provide an incredible service to the communities,” Hill said. “It’s an honor to be able to come out here and just bring a smile … and talk some baseball.”

The members of the firehouse felt the same way, according to 53-year-old firefighter Kevin Morrow, the senior member of the house, dating back to 1998.

“We’re fortunate that the Mets organization, Rich and Thor, came out today and recognized the sacrifices that were made by others,” Morrow said. “Something as symbolic and simple as a baseball player coming here, that makes us feel good. It meant a lot to everybody.”