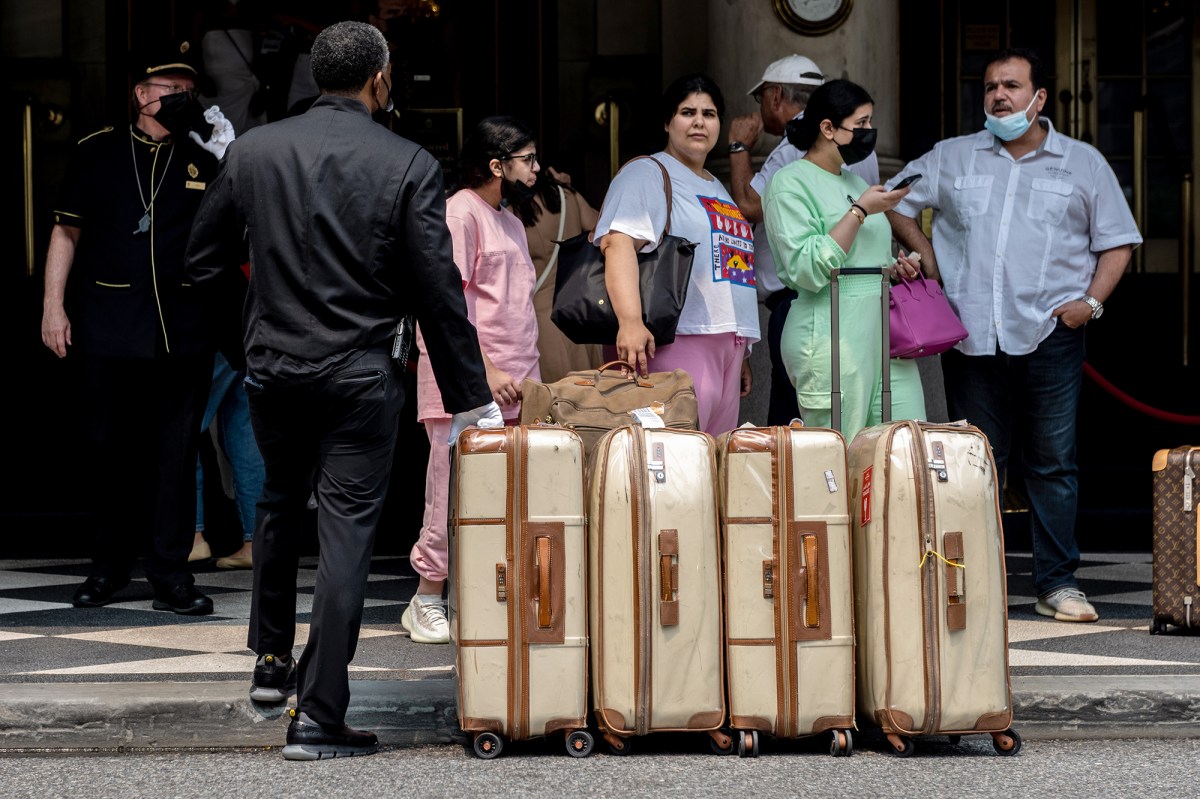 The struggling New York State hotel industry will end the year with nearly 40 percent fewer jobs than it had in 2019 — before the coronavirus pandemic triggered travel restrictions and lockdowns that decimated the sector, according to a new report.

But the recovery from the pandemic has been slower for New York hotels this year than any other state in the nation amid ongoing restrictions in international and business travel, the mid-year analysis by the American Hotel & Lodging Association found.

That’s nearly double the 20.8 percent average job loss of all hotels in the U.S,, the report said.

Only the District of Columbia fares worse, with a projected 43 percent job loss for 2021.

There are 30.2 percent fewer hotel jobs in neighboring Massachusetts, 22.7 percent in New Jersey, 28.3 percent in Connecticut and 23.6 percent in Pennsylvania.

But the loss of jobs is far worse in New York City than the rest of the state.

“We are gateway city. We depend on conference and convention business. That hasn’t come back. There’s nothing happening on that front,” Dandapani said.

As an example, he noted that only about 1,000 people are expected to personally attend the UN General Assembly’s hybrid conference in Manhattan next month, down from the typical 10,000 visitors.

Dandapani also said the federal ban on international travel into the U.S. has crushed the city hotel industry.

“We’ll see it get better when the borders re-open. Europeans can’t come here,” he said.

A recent report released by the national hotel trade group claimed the New York hotel industry was mired in a depression.

“While demand for leisure travel is rising, business and group travel, the industry’s largest source of revenue and a major source of employment, will take significantly longer to recover,” the AH&L said in its Monday’s analysis.

“The pandemic has been devastating to the hospitality industry workforce, wiping out 10 years of hotel job growth.”

A typical hotel supports an additional 26 jobs in the community for every 10 people directly employed, according to a study by Oxford Economics.

“These numbers are just direct hotel property jobs, such as housekeepers and front desk agents, and do not include the total job loss from other industries that are supported by the hotel industry, including restaurants, retail, attractions and live
events, transportation services, small business vendors and supplies for hotels, among many others,” the report said.

During the pandemic, 60 city hotels took homeless individuals who were diverted from dense shelters to help prevent the transmission of COVID-19. But persons who are homeless are now being reassigned to shelters amid plummeting infection rates and rising vaccination rates.