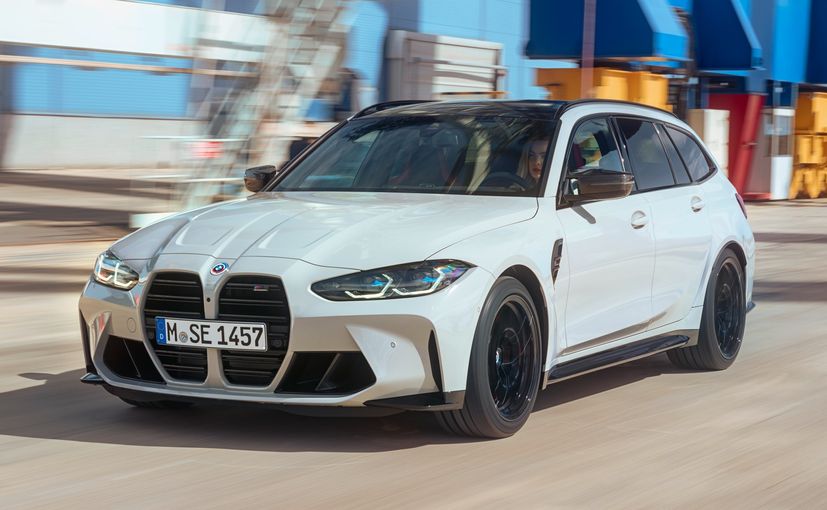 The new M3 Touring marks the first time the estate body style has been made available in the high-performance derivative of the 3 Series.

Following a series of teasers and a partial reveal in a YouTube video, BMW has finally take off the covers of the new M3 Touring. The debuts marks an important first for the 3 Series line-up with this being the first time BMW has made the estate style available on the fully-blown M3. Starting with the looks, the M3 Touring isn’t that different from the M3 sedan when viewed from the front. The oversized kidney grille, prominent vents and muscular bonnet are all shared with the standard M3 while along the sides the flared fenders too are in-line with the sedan. It’s only after the B-pillar that the styling changes with new rear doors, longer and flatter roof, new rear quarter panels and an extended glasshouse. The rear bumper and taillights are also carried over from BMW’s performance sedan while the vertical tailgate is in with BMW’s standard 3 Series Touring. The estate sits on 19-inch front and 20-inch rear wheels with track tyres available as an option. 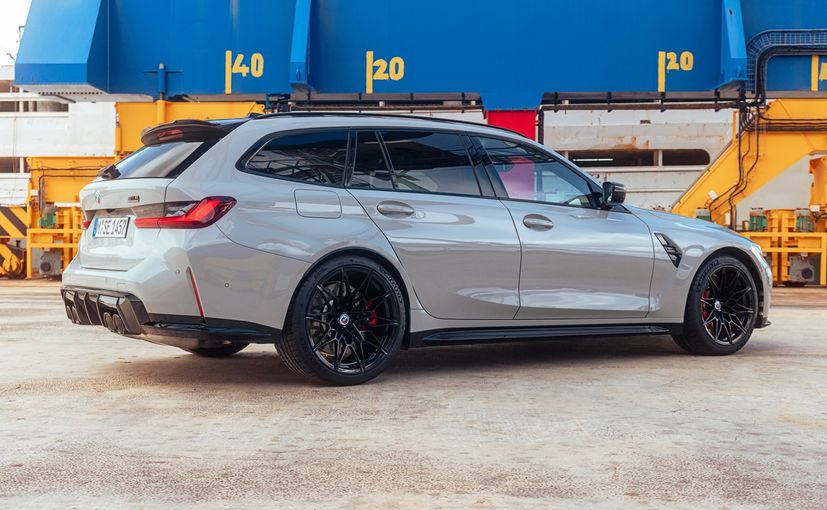 Open the doors and you will notice a difference between the two BMW M siblings. With the Touring arriving post the facelift to the standard 3 Series, it gets the updated cabin with the free-standing curved display housing the 12.3-inch digital instrument cluster and larger 14.9-inch touchscreen with BMW OS 8. The sedan meanwhile still gets the dashboard from the pre-facelift model with the hooded instrument cluster and smaller free-standing display – likely to be updated as well in the near future. The centre console also features revised control surfaces in-line with the facelifted 3 Series. Up front M Sport seats with electric adjustment and heating are standard with the option available to upgrade to M Carbon bucket seats which shave off about 9.6kg of weight. At the rear there more head-room available owing to the extended flatter roofline while the boot can hold up to 500 litres of luggage with the rears seats in place. 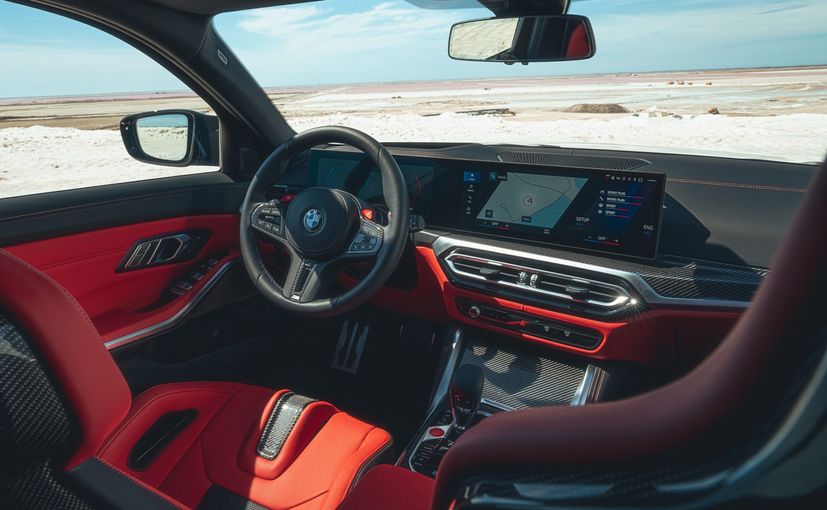 Coming to the engine, you get the familiar high-revving S58 twin-turbo inline-six under the bonnet though its tuned to Competition spec. there’s no standard M3 Touring, just the Competition. The unit develops an identical 503 bhp and 650 Nm as the M3 Competition sedan and is paired with an 8-speed automatic gearbox. All-wheel drive is standard though buyers can configure the car via its drive mode setting for a more rear biased power delivery or with the stability control turned off pure rear-wheel drive. BMW claims a 0-100 kmph time of just 3.6 seconds with 200 kmph coming up in 12.9 seconds. Top speed is limited to 250 kmph as standard with the option to increase it to 280 kmph.

BMW says that the suspension of the M3 Touring has also been tuned specifically for the estate to offer “an ideal balance of sports performance and majestic ride comfort in everyday use and over longer-distance journeys.” Adaptive M suspension is standard fit on the Touring with the standard brakes upgradeable to carbon ceramics at an additional cost.

The M3 Touring marks the latest M model to debut from BMW in 2022 aside from the hardcore M4 CSL and special editions of the standard M3 and M4. The new releases come as a part of the company’s 50th anniversary celebration with BMW Indian confirming that India too will be receiving some special edition M and m Sport models over the course of the year.