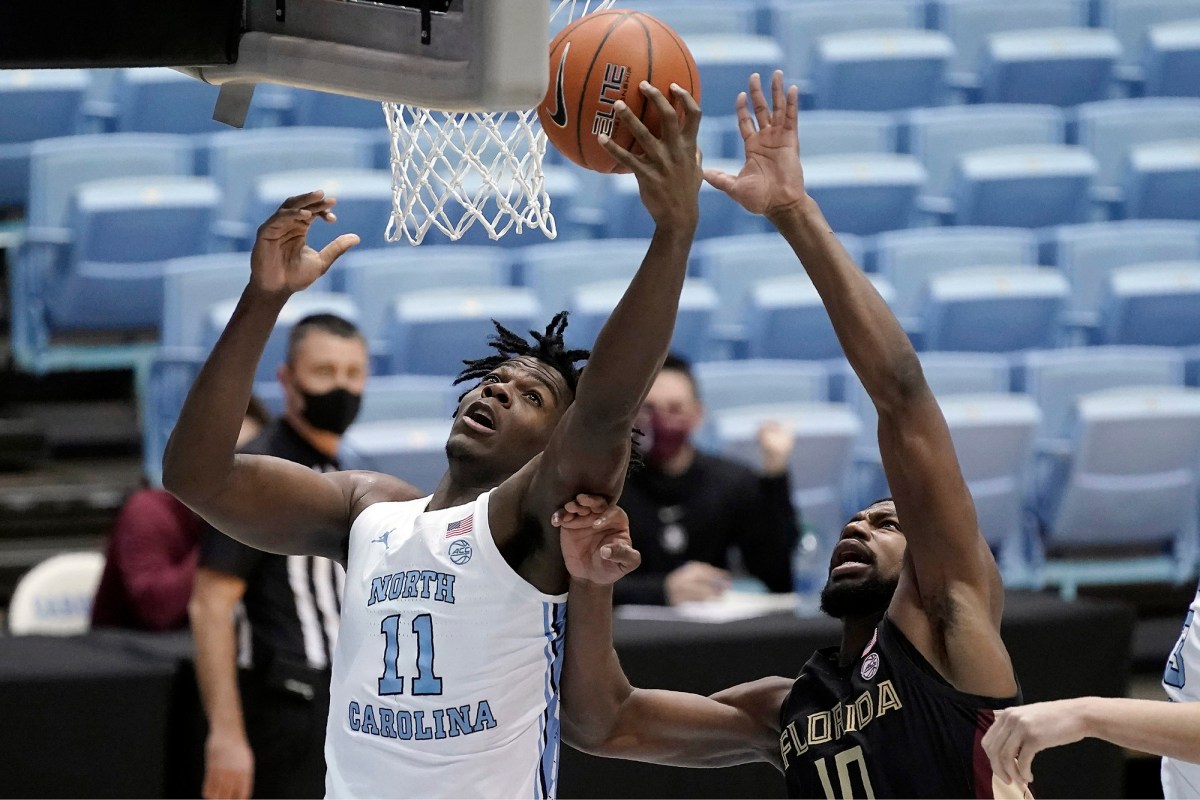 LAS VEGAS — In the case of Day’Ron Sharpe, less may be more.

With DeAndre Jordan out of the rotation, the Nets could use a big-bodied center. They drafted Sharpe out of North Carolina in the first round amidst questions about his conditioning. His having shed 25 pounds over the past few months without losing any physicality show he could be answering some of those questions.

“Day’Ron’s physicality on both sides of the glass [is showing]. So offensively and defensive glass, you can feel it right away,” Nets summer league coach Jordan Ott told The Post. “He’s strong, aggressive, you can see his motor. So that piece is going to stick instantly, right now with us in summer league. We’re going to be able to feel him. So every day, they’re going to try to get better.”

For Sharpe, part of getting better is also getting better conditioned. He said he played last season for UNC at 270 pounds and began the predraft process at 278.

The last time he got weighed, two days before the Nets, via the Suns, took him with the 29th pick, he was down to 253.

“Man, it was conditioning in the morning, then work out, running, conditioning. I’d probably go again to the sauna or the hot blanket, sweating,” said Sharpe. “I’d have a light breakfast, a salad for lunch, salmon or steak for dinner. So I was eating healthy, not a lot of heavy stuff. And I was more active: running, sweating more. So a lot of treadmill work, on the elliptical arc. I started on the treadmill, run, on-court, sauna, sweat blanket, hills. You name it, I was doing it.”

Sharpe had already shown surprising mobility for his size at UNC, but the weight loss has helped him in the Nets’ switching defense. Still, staying in front of guards out on the perimeter is going to be an adjustment, one he’ll be getting used to over the next couple of weeks.

“We switch everything 1-through-5. I’ve been trying to [show] I’ll be working on it, showing I could defend outside a little bit, as much as I can,” Sharpe told The Post. “So it’s been a little hard, though. So I’m just getting here, trying to get used to the speed of things.”

It’s a four-year, $198 million deal that Durant announced on his own media platform, Boardroom. The deal kicks in after the upcoming season and will end when he is 37.

“We know who he is,” Nets team owner Joe Tsai said in a statement. “Kevin Durant will establish his legacy in Brooklyn as one of the greatest ever. On behalf of the Nets organization, my family and our fans, we are excited and humbled to see a lot of Kevin for years to come.”

Guard Quinndary Weatherspoon (right ankle) took a knock Friday and sat out Sunday’s practice. But he was back on the court and will be fine for Monday’s opener versus Memphis.

“Hey yo, Patty coming back to the BK. Black-and-white,” Durant said while celebrating with his new teammate. “Hey, you were balling. You had 40.”