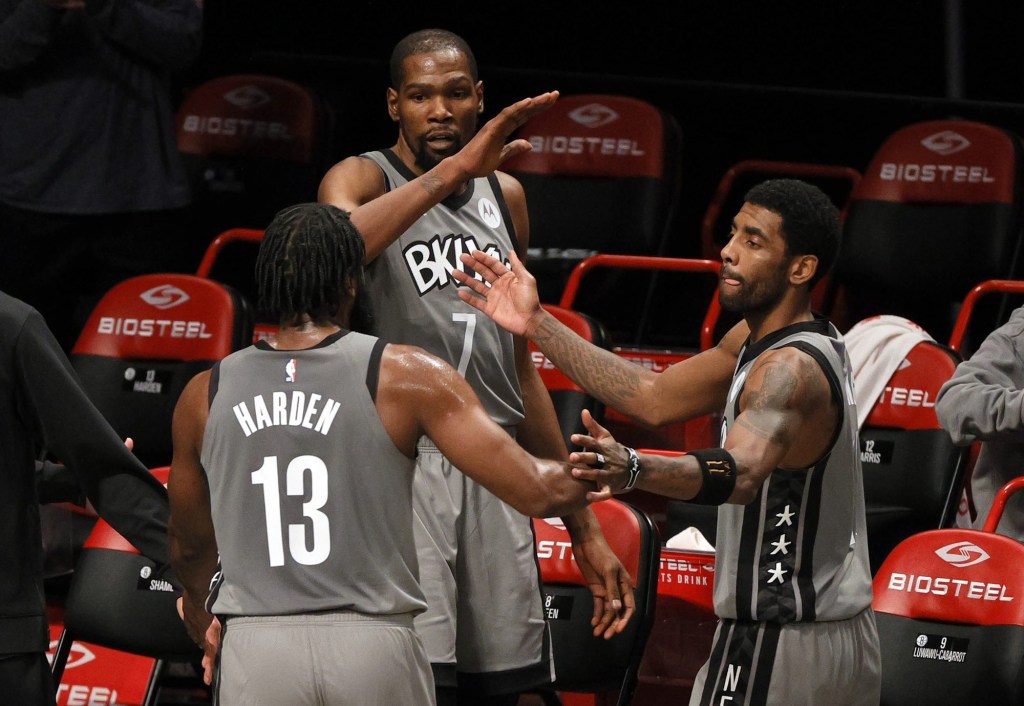 The great unanswered question from last season in the NBA remains: What if the Nets were fully healthy?

Well, the oddsmakers continue to install the Nets as the best team in the near future under those ideal circumstances. Already the consensus favorites to win the 2021-22 NBA title, the Nets were given the highest projected win total for over/under bets by Caesars Sportsbook on Friday, when the league announced its full schedule.

The Nets’ total is 54.5 wins, ahead of the defending champion Milwaukee Bucks with 53.5 and a group of teams at 51.5 that includes the LeBron James- and Russell Westbrook-led Los Angeles Lakers and last year’s No. 1 playoff seed in each conference (Utah Jazz and Philadelphia Sixers). The defending Western Conference champion Phoenix Suns are at 50.5.

The Knicks checked in at 41.5, which means barely over .500 and tied for the eighth-highest total in the Eastern Conference. It’s a bit of disrespect after the Knicks notched 41 victories on a shortened schedule to claim the No. 4 seed in the playoffs last season.

The Nets’ Big 3 — Kevin Durant, James Harden and Kyrie Irving — played just eight regular-season games together last season. Their championship hopes were dashed when both Harden and Irving were hurt and missed games in the Eastern Conference semifinals seven-game series exit against the Bucks.

The NBA is returning to a traditional 82-game schedule after jamming in 72 with fewer days off last season because of COVID-19. The Nets were 48-24 last season, good for a .667 winning percentage which will be slightly surpassed if they reach 55 wins in 82 games.

The Nets’ number is unusually low for the title favorites. But it’s no accident.

“All that matters is keeping players healthy,” Caesars Sportsbook’s assistant director Adam Pullen told ESPN. “Just no reason to go all out in the regular season anymore. Load management is the name of the game.”