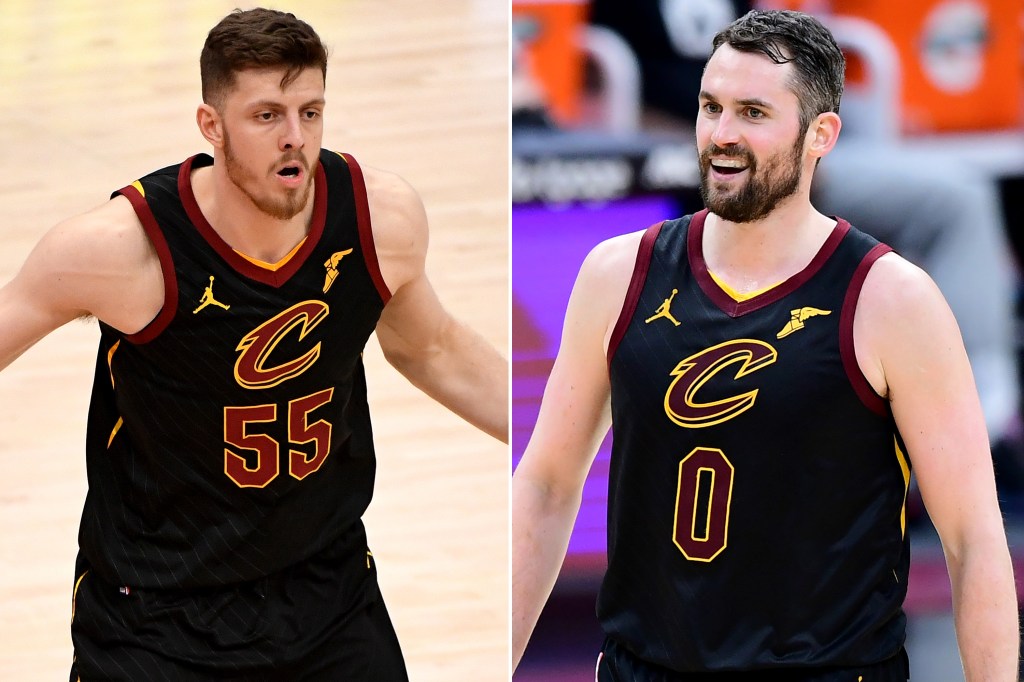 Lauri Markkanen’s arrival in Cleveland could have ripples that reach all the way to Brooklyn. The Nets have had interest in Isaiah Hartenstein and Kevin Love, and both just became even more surplus to the Cavaliers than they already were.

The Nets are currently eyeing Hartenstein, sources told The Post.

The Cavaliers’ acquisition Friday of restricted free-agent power forward Markkanen in a sign-and-trade with the Bulls means he, No. 3-overall pick Evan Mobley and starting center Jarrett Allen (who was shipped to Cleveland by the Nets in the James Harden trade) will get most of Cleveland’s big-man minutes. It also means Hartenstein and Love have taken one giant leap closer to being available as role-playing pickups for the Nets.

The Nets have had a long flirtation with Hartenstein. They liked the 7-footer in the 2017 draft, and he dominated against their affiliate, Long Island, in the 2019 G-League Finals, when he was named MVP while playing for Rio Grande. A source told The Post the Nets were even interested in signing Hartenstein before the 2020 NBA bubble, but he was ineligible for the playoffs due to the date he’d been waived.

Hartenstein averaged 8.3 points, 6.0 boards, 2.5 assists and 1.2 blocks in 17.9 minutes per game for the Cavaliers last season, the best stretch of his young career. After declining his $1.9 million player option, the 23-year-old is an unrestricted free agent, and The Post has confirmed there is again mutual interest with the Nets. They attended his recent workout in Las Vegas.

On the other hand, Love is very much still under contract in Cleveland — to the tune of two years and a staggering $60 million. The Nets would have interest in Love if he were to be bought out, and the Cleveland Plain Dealer reported he and the Cavaliers were “making progress” on a buyout.

Love — who was limited to just 25 games last season due to injuries and will turn 33 next month — could be attractive to any number of contenders, such as the Lakers. But he has a waterfront apartment in Tribeca, won a title in Cleveland as part of a Big 3 with Kyrie Irving and is believed to be friendly with Kevin Durant.

Another shoe would have to drop for the Nets to sign either Hartenstein or Love, since right now they only have a two-way spot to offer. They would need to open up a full roster spot and make any signing a veteran minimum.

DeAndre Jordan has two years and $20 million left on his contract, but didn’t play in the Nets’ final 16 straight games and doesn’t appear to be part of their long-term plans. The sentiment among league executives is that the aging center could be bought out, waived outright or possibly traded if the Nets are willing to part with an asset.

Moving on from Alize Johnson would be less complex. The hard-rebounding forward’s contract is non-guaranteed, and the guarantee date has been moved back from Sept. 4 all the way to the regular-season opener, Oct. 19. Even then, it would only become guaranteed at $200,000, a tiny commitment to walk away from if needed.

Under general manager Sean Marks, the Nets have usually made late pickups. They signed Timothe Luwawu-Cabarrot hours before the 2019 opener, and picked up Tyler Zeller in mid-September two years earlier.