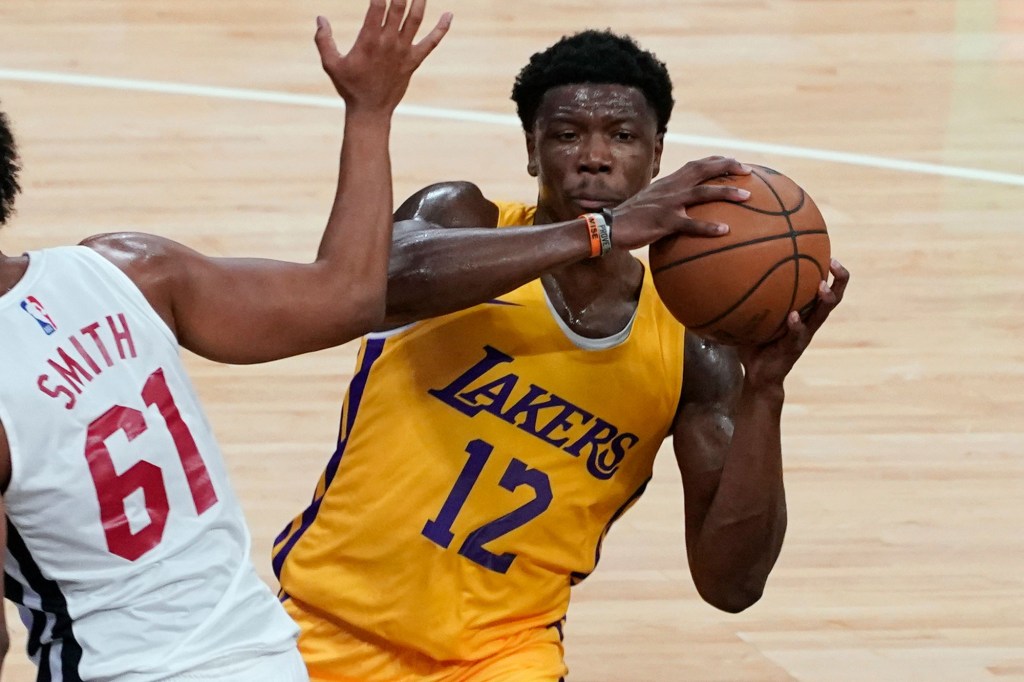 
The Nets are filling out the final few spots on their training camp roster, expected to bring in young big man Devontae Cacok to compete for a job.

With camp starting Sept. 28 in La Jolla, Calif., Cacok won’t have to travel far. The 24-year-old spent his first couple of pro seasons with the Lakers on a two-way contract, and he’ll try to earn one now with the Nets. The move was first reported by The Athletic and confirmed by The Post.

Cacok — who at 6-foot-7 and 240 pounds, can play power forward or center — will sign the second of the Nets’ three Exhibit 10 deals, essentially a training camp invite. David Duke Jr. got the first, leaving just one.

The Nets also have one two-way spot open, which theoretically Cacok, Duke and any other camp hopeful would have to fight for.

With Kevin Durant, Blake Griffin, LaMarcus Aldridge, Paul Millsap and young Nic Claxton, the Nets’ front-court is crowded. Even first-round pick Day’Ron Sharpe seems likely to spend a lot of time in the G-League, and Cacok could join him there if he doesn’t earn the last two-way but still shows something in camp.

The power forward doesn’t space the floor, but he can defend and clean the glass. He led the nation in rebounding at UNC Wilmington before going undrafted in 2019.

He inked an Exhibit 10 with the Lakers and parlayed that into a two-way, a path he hopes to replicate in Brooklyn.

Cacok was first-team All-G-League as a rookie (averaging 19.4 points and 11.9 rebounds for the South Bay Lakers), although he only got a single NBA cameo for the Lakers on their way to the title.

He made 20 appearances last season — including one start — and totaled 39 points and 32 boards in 98 minutes.