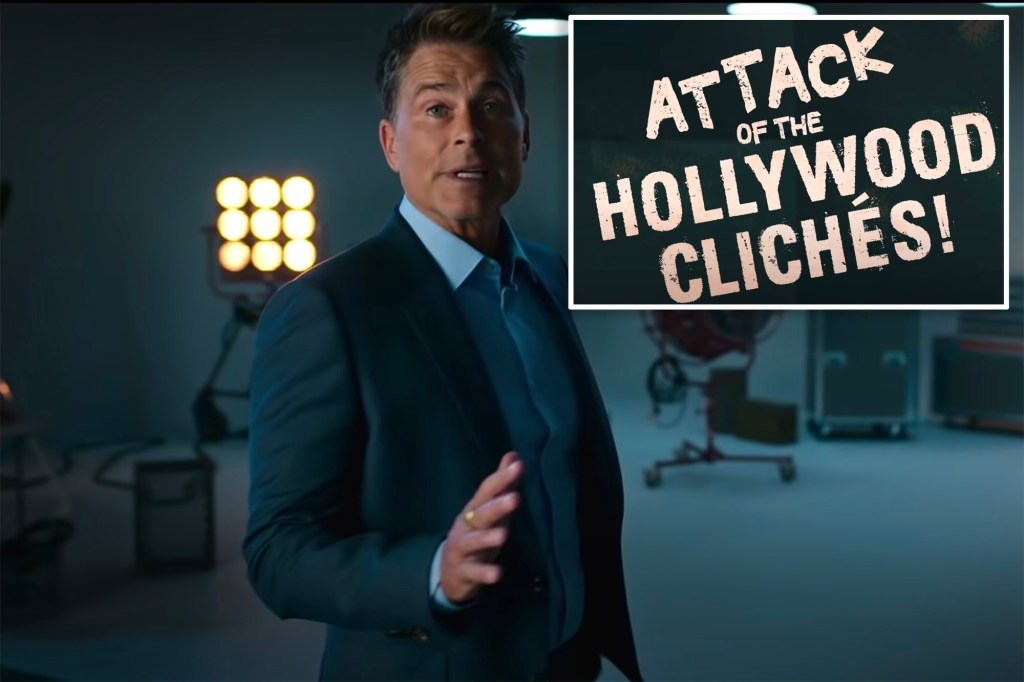 
The Guy Gets the Girl. The Spit Take. The Meet-Cute.

Movie clichés are very easy to spot. Not just to film lovers, but even to the untrained eye.

Rob Lowe is hosting a new special for Netflix, titled “Attack of the Hollywood Clichés,” in which he and some famous friends will discuss those tired tropes — and many more — that are seen in movies across all genres.

“Stock characters, familiar story beats and convenient plot devices have crept in over time,” Lowe, 57, narrates in a trailer that dropped Friday. “Tonight, we celebrate the clichés that have made cinema what it is today.”

The one-hour documentary drops Sept. 28 and features many A-listers, directors and writers breaking down classic tropes.

Stars such as Andrew Garfield (“The Eyes of Tammy Faye”), Oscar nominee Richard E. Grant (“Can You Ever Forgive Me?”), Golden Globe winner Andie MacDowell (“Short Cuts”), Robert Englund (“A Nightmare on Elm Street”) and Oscar nominee Florence Pugh (“Little Women”) — plus more than two dozen other Hollywood insiders — will give their takes on iconic film tropes and the movies that use them.

The teaser offers clichés such as film thrillers’ Ticking Time Bomb and horror movies’ heart-stopping Jump Scare, with “Forest Gump,” “Silence of the Lambs,” “Independence Day” and “Hudson Hawk” among the memorable flicks featured in the teaser.

How Eli Manning has helped turn Manningcast into a must-watch