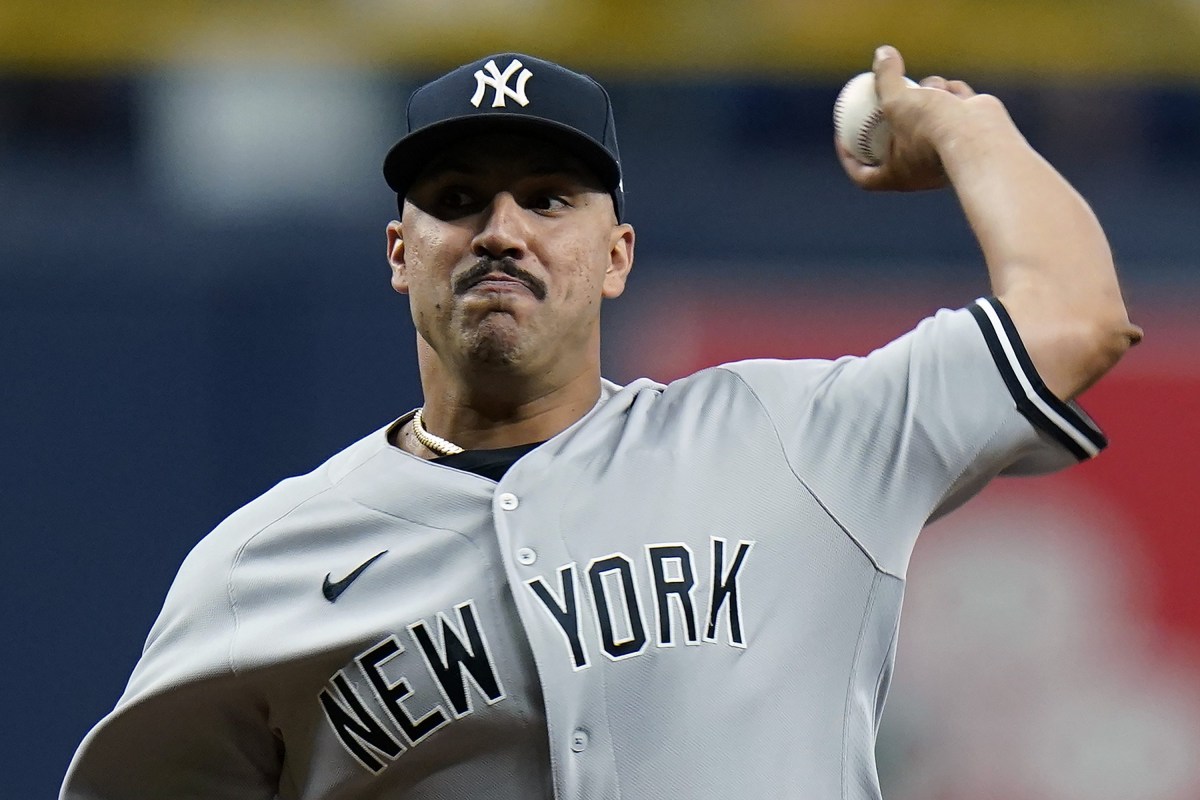 But in his third go-around with the Yankees, Cortes has been much more than that.

Beyond just a recent pinch-running escapade, Cortes’ versatility has been a boon for the Yankees this season, both in his ability to fill different roles and utilize various windups and arm slots to keep opposing batters off-balance. It has resulted in the 1.93 ERA he will take into Thursday’s start against the Mariners, his fourth of the season and 12th appearance overall.

“The great thing about him is whatever role you put him in, he’s ready for it, like, ‘Give me the ball,’” manager Aaron Boone said Wednesday before finishing a series against the Orioles. “Whether it’s been soaking up innings out of the pen on a day we need it, whether it’s been a high-leverage spot out of the bullpen and now as a starter, he’s been really strong for us this year and an important part of all this.”

At a time when the Yankees’ rotation is missing Gerrit Cole and Jordan Montgomery due to COVID-19, and Domingo German, Corey Kluber, Luis Severino and Michael King to injuries, Cortes has been a valuable arm. But how he uses it makes him unique.

Cortes gives hitters plenty of different looks, from quick pitches and drawn-out windups to varying arm angles that make him unpredictable from one pitch to the next.

“It’s something I messed around [with] in high school before I got drafted,” said Cortes, a 36th-round pick of the Yankees in 2013. “Once I got drafted, for three or four years I didn’t do anything just because I didn’t know who I was as a pitcher and I didn’t want the front office or pitching coaches telling me, ‘Hey, what are you doing?’ But once I started having success in the minor leagues, I felt like now I can come out and be me.”

Cortes admitted his quirky repertoire has gotten noticed a lot more this season, perhaps because it has led to better results — or because he has flashed it against the likes of Shohei Ohtani in an at-bat that went viral.

In his second-to-last relief appearance before being thrown into the rotation, Cortes faced the red-hot Ohtani on July 29. He began by using a hesitation-filled windup — repeatedly pushing his left foot down on the mound before letting his right leg dangle in the air — on a pitch that never got thrown because time was called before the ball left his hand. Cortes at least got a smile from Ohtani, then used a quick pitch later in the at-bat before getting him to fly out.

“Ohtani has been the best [reaction],” Cortes said. “He’s one of the best in the business, so the fact that I got him out and he was all smiles about it, I respect that out of him.”

Pitching coach Matt Blake said he likes Cortes’ different windups, because unlike some other pitchers who try it, it doesn’t throw off his execution.

“He’s willing to pull out a bunch of different tricks when he needs them, but ultimately there’s substance underlying a lot of that so it’s not just fluff on the top,” Blake said.

Cortes doesn’t enter a game with a master plan for when to use the different windups or arm slots, but described it as a “feel” during the course of a given at-bat.

Combined with an uptick in his fastball velocity — averaging 2.3 mph faster than last season, which he spent with the Mariners with a 15.26 ERA — Cortes has continued to deliver for the Yankees.

“He’s a better pitcher today [than 2019],” Boone said. “He’s gotten so much better at his craft. His delivery, his stuff, his command are all in a better place and it’s allowed him [to succeed] in whatever role we’ve put him in.”