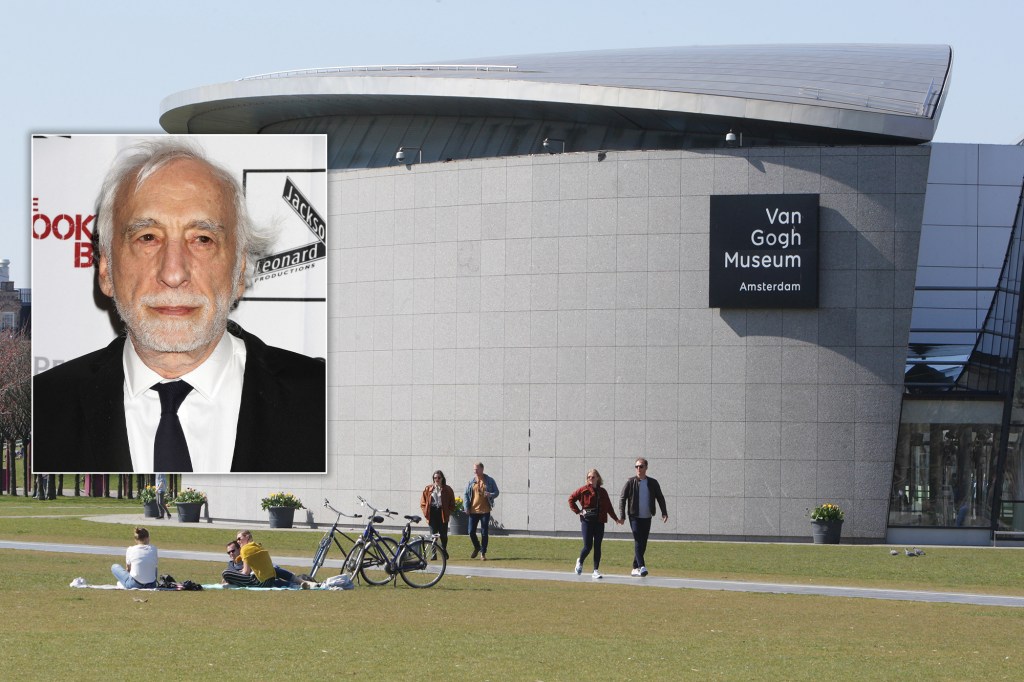 
A Dutch museum says a supposed long-lost van Gogh painting is a fake, much to the chagrin of a notable New York art collector who’s fighting the determination in a new $300 million lawsuit.

Stuart Pivar — who founded the New York Academy of Art with Andy Warhol in 1979 — says he found the work, which he believes is Vincent van Gogh’s “Auvers, 1890” at a country auction in March.

Pivar has “every reason to believe [the painting] was an authentic work of art created by Vincent van Gogh,” his Manhattan Supreme Court lawsuit from Tuesday claims.

But the Van Gogh Museum in Amsterdam said it could not authenticate the piece in a determination from Aug. 13, the suit says.

The 90-year-old plastic chemistry scientist and prolific art collector says the museum made the “cursory” finding without even looking at the work in person or conducting forensic testing on it — despite his repeated offers to ship it oversees, the court papers allege.

“Defendant rejected the authenticity of the painting after nothing more than a cursory review of electronic photographs emailed by plaintiff to defendant,” the suit charges. “The painting would be one of van Gogh’s largest paintings if certified as authentic by the defendant and … would have a present fair market value of $300,000,000.”

“The general tone and nature of the [museum’s] report … demonstrates that the defendant had determined that the painting was not authentic prior to examining the submissions provided by plaintiff and that defendant consequently rejected every option available to defendant to reach a different conclusion,” the suit further claims.

Head of Collections and Research Marije Vellekoop wrote an Aug. 13 letter to Pivar, that accompanied the museum’s report, claiming that his piece in no way resembles a true van Gogh.

“We do not believe that an inspection … in our museum is necessary,” said the letter, a copy of which was included in the court papers.

“In our opinion, it is evidently clear from the material presented to us, that the painting ‘Auvers’ cannot be attributed to Vincent van Gogh,” the letter continued.

“The rejected work is in our opinion stylistically, iconographically or technically … clearly too far removed from Van Gogh’s own work that research and further discussion is deemed pointless,” Vellekoop wrote.

The museum and Vellekoop, did not immediately return a request for comment.

Pivar was an art consultant and close friend of Jeffrey Epstein for years before he cut ties with the convicted pedophile when criminal charges were brought against him for allegedly sexually assaulting countless women.