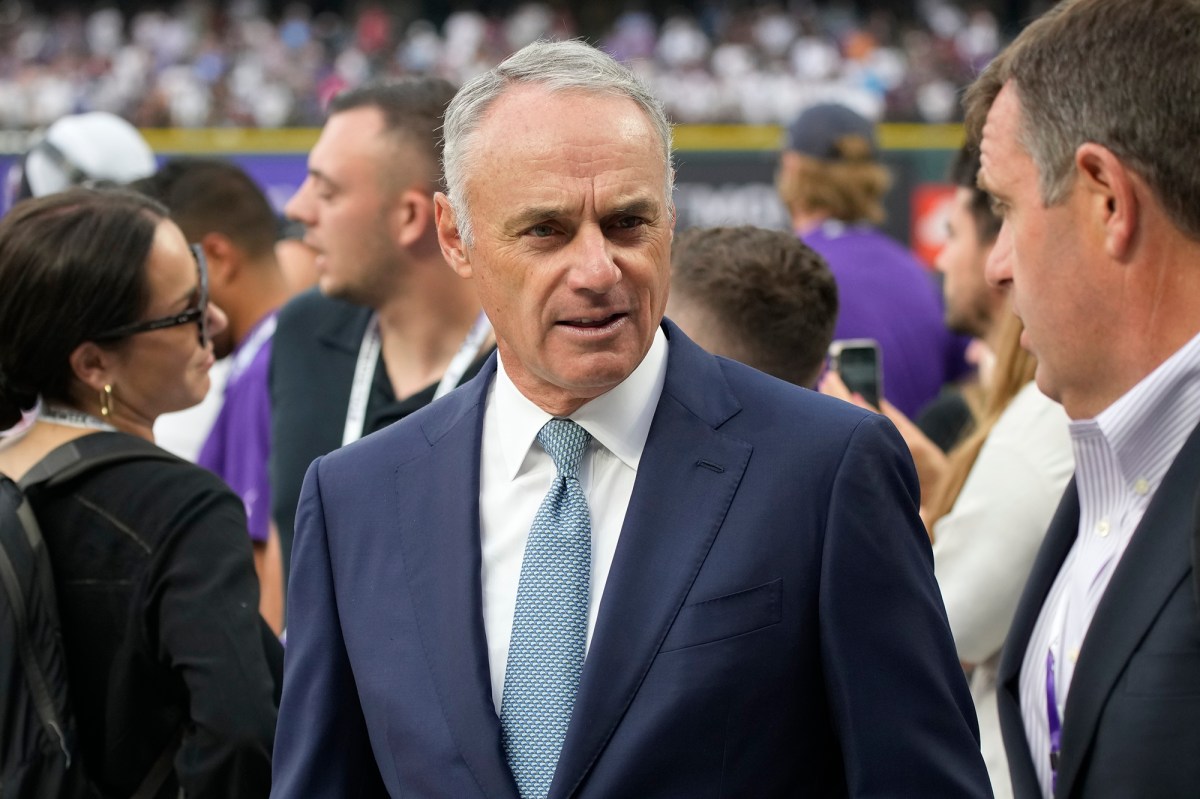 I suspect the reason merry-go-rounds don’t circle backwards is to prevent kids from vomiting cotton candy all over the horses. Backwards would be more go-round than merry, bad for business.

Yet those who call the shots at MLB are smugly tethered to backwards and bad business.

In MLB’s attempts to speed the pace of play by making inedible hash of games — automatic walks, seven-inning doubleheaders, runners placed at second in extra innings — while inviting long and totally unintended replay delays, the one effective change it could legislate would be to shorten TV and radio commercial time to 1:30 from 2:05 per half inning.

That would save almost 10 minutes of dead time per nine innings. Before TV money became the reason MLB gets out of bed every morning, just over a minute lapsed between half-innings. Games played in snappy order helped sustain baseball’s popularity and status as our national pass-time. For decades prior to the addition of VPs of Marketing, kids were born to play and love baseball.

Today, it would have been played in November. It would’ve begun at 8:15 p.m. and been played in over four hours, ending after midnight, thus unseen by kids and adults in Pittsburgh and New York, to name two large cities in the Eastern Time zone.

But such a between half-innings change — one that doesn’t alter the game — would cost, uh-oh, some money. Both MLB and national and local baseball networks would have to take a little less in TV and commercial revenue.

Players, including the overpopulated strikeout-or-home-run legions who step out of the batter’s box to adjust their batting gloves after every pitch, including balls, also would have a few fewer bucks thrown at them.

And with yesterday gone, there seems no better time to make that change than now.

Not only does much of this advertising produce no TV revenue, much of it can be — and is — seen and heard during the games. Yet MLB puts games on extended hold for this.

Heck, Yankees radiocasts have “official sponsors” of the Yankees or the Yankees’ Radio Network, from roach spray to potato salad, and after every pitch.

And it’s not as if 10-12 pitching changes per game can’t or don’t bring additional commercial revenue.

But MLB is so blindly addicted to TV revenue that its foresight has been sacrificed to short-term greed that ill serves baseball as both a sport and healthy business. And that senselessly summoned decline continues.

Consider that while Rob Manfred nobly declared what we know isn’t even close to true — kids are MLB’s top priority — yesterday, a summer Saturday, the earliest game scheduled east of the Mississippi was Royals-Blue Jays at 3:07 in Toronto.

The Saturday before, only one early afternoon game was played. All else began in the late afternoon or were played at night.

Yet, this past Wednesday, with no national TV money in play, five early afternoon games were played. That’s backwards.

But taking care of baseball now, to best ensure its tomorrows, is anathema to both Manfred and team owners. As baseball continues its course of self-mutilation, they deserve each other.

As Mr. Burns, who owns the nuclear plant, said after Homer Simpson reminded him that he’s the richest man in Springfield, “Yes, but I’d trade it all for a little more.”

While multi-talented two-way infielder Trea Turner makes his way from the Nationals to the Dodgers, the Yankees remain stuck on acquiring home run-or-whiff specialists, the latest available in the Giancarlo Stanton mode.

In Joey Gallo, acquired from Texas, they now have a fellow who, though he walks more than most, entered Friday with 25 homers but 125 strikeouts in 310 at-bats, 40 percent of his at-bats.

The Yankees seem to hold small interest in batters who don’t try to uppercut the ball in the analytical pursuit of hitting blasts. It’s as if Brian Cashman still hasn’t grasped the value of a DJ LeMahieu. He got that one right, why wouldn’t he want more?

Meantime, as even the YES announcers have hinted, Stanton, at $29 million per to DH, seems as complacent as a moose head over a fireplace. When not grounding into double plays — 13, heading into Friday, three off the AL lead (Jose Abreu, Josh Donaldson) — he has struck out 101 times in 298 ABs, 34 percent of the time, and, as Michael Kay twice last week told, he’s over 40 percent since the All-Star break. In exchange for a $325 million contract, he has been more problem than solution.

As for the Mets’ acquisition of Cubs shortstop Javier Baez, you likely know he’s from the Robinson Cano school — talented, but disinclined to run to first base, even in postseason games, including the World Series.

With a penchant for showboating, he’s an undisciplined batter, this season striking out a fraction short of 40 percent of his at-bats. He’s tough for old schoolers/smart schoolers to root for.

Runners are out to lunch

Last Saturday, Yankees catcher Rob Brantly was double off first because he ran thinking there were two out when there was one. Days earlier, the Mets’ Jeff McNeil, the runner on first with two out, stopped near first after the ball was batted fair.

In this age of the-game-has-changed, we don’t know what MLB first-base coaches say to runners, but we do know the first — and last — thing they should tell them.

When “nyet” means “da”: Everything smells of a con. Russia, banned from these Olympics for systemic drug test cheating, nevertheless is doing very well at the Tokyo Games, competing as the “Russian Olympic Committee.”

Reader Ron Brandmayr suggests that with words under attack by the woke (who should have remained asleep) — “mother” must be replaced by “birthing person,” thus even vulgarities are threatened. “Motherf—ers,” he writes, should now be spoken, tweeted or rapped during Super Bowl halftime shows as “birthing person f—ers.”

The Olympics have added dangerous stunts — “extreme sports” such as skateboarding down hand railings and watch-’em-wreck BMX bike racing — to attract younger viewers. It’s not working.

If cussing in public were an Olympic sport, the U.S. women’s contingent would win gold.

Reader Keith Marston on an Olympic headline he’d have liked to read, as per Naomi Osaka: “Introvert Holds Torch On World’s Largest Stage.”