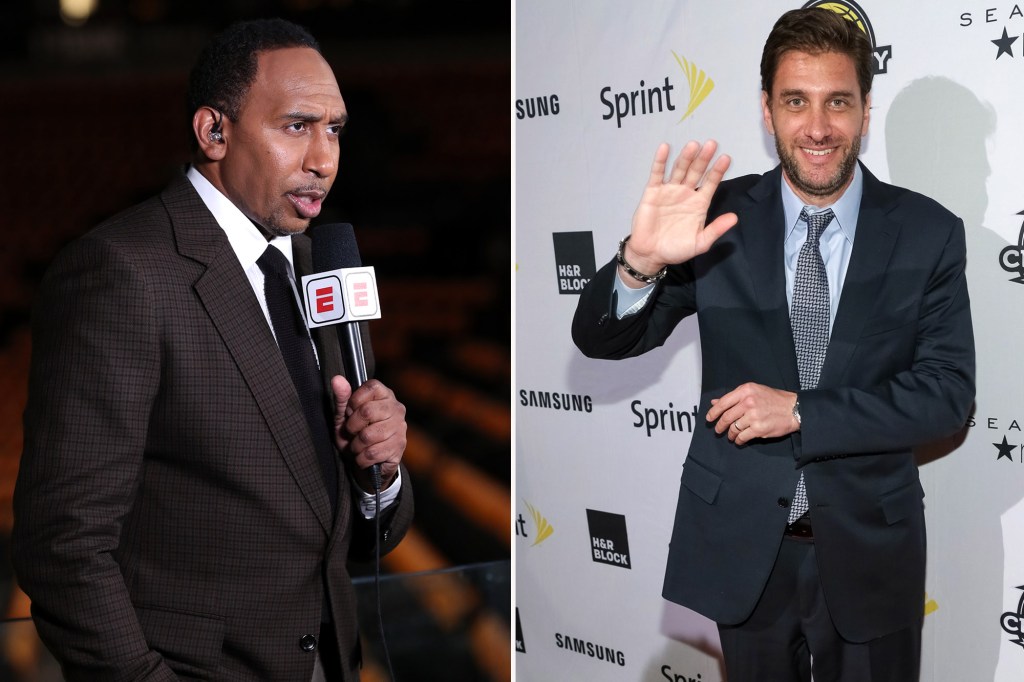 After the departure of Maria Taylor as the host of its top NBA pregame shows, including The Finals, ESPN is turning to a familiar face as it remakes its coverage, The Post has learned.

Mike Greenberg will replace Taylor as the top host of “NBA Countdown,” according to sources, meaning he will be on point for the coveted position of hosting The Finals.

Greenberg will be joined by Stephen A. Smith, Michael Wilbon, Jalen Rose and Magic Johnson for the biggest games, sources said.

ESPN is banking on some of its biggest daily marquee names to bring panache to its top pregame that is often compared to TNT’s legendary “Inside The NBA.” In its two decades of owning the NBA’s rights, ESPN has constantly made changes on its top studio show.

While Greenberg is one of the faces of ESPN —  with a $6.5 million per year contract, daily TV and radio shows and the NFL Draft host — he has never hosted a marquee pregame show for the network.

Meanwhile, Smith, ESPN’s $12 million per year man, has pushed to form his own Countdown “Big 3” with his buddies, Wilbon and Johnson. Smith will get his wish.

Rose, who co-hosts a daily ESPN TV talk show, is the only panelist returning to his position from last season’s program. Rose’s spot had been in question, but he will now begin his 10th season on Countdown, which is quite a feat given the show’s ceaseless revolving casts. (Rose also writes a column and hosts a podcast — “The Renaissance Man” — for The Post.)

Insider Adrian Wojnarowski, a Countdown panelist last season, will remain on nearly every big show, however he will provide breaking news and information as opposed to opinions.

Jay Williams, who was on the previous latest installment of the program, is not on Countdown, but remains in the morning on radio with Keyshawn Johnson and Max Kellerman.

As for Magic Johnson, he will be on pretty frequently, though less than the other top ESPN analysts. He is scheduled to appear during the playoffs, The Finals and marquee regular season events.

Besides Wojnarowski, Malika Andrews and Marc Spears will be featured reporters on Countdown.

Andrews, 26, has already been named the host of ESPN’s new daily program, “NBA Today.” She is also a top sideline reporter for the network.

ESPN has reset its NBA coverage in the wake of Taylor and Rachel Nichols’ exits. Taylor left for NBC, while Nichols was removed after a year-old private comments were reported by the New York Times in which Nichols questioned ESPN’s record on diversity that she felt jeopardized her contractually agreed upon role as host of The Finals. Taylor ended up hosting instead of Nichols in 2020 and 2021.

ESPN kept Nichols on air all year after executives knew about the private comments, but removed her from the sidelines during The Finals after the story broke. At the time, Nichols continued during her daily NBA program, “The Jump.”

Now, ESPN has completely removed her from the air in the final year of her contract. She is still being paid.

The network also canceled “The Jump” and replaced it with Andrews’ “NBA Today.”

In its latest reinvention of its NBA coverage, ESPN is turning to what it views as some of its more reliable performers, as Greenberg, Smith, Wilbon and Rose all have daily TV programs. Meanwhile, it hopes, Johnson can add some more star power in his second tour with the network.

Another Eagle soars on CBS

Noah Eagle, 24, will call No. 2 Georgia vs. No. 22 Auburn on CBS at 3:30 p.m. on Saturday. Eagle, the son of Ian and radio voice of the LA Clippers, first made a national impact calling the Nickelodeon playoff game with Nate Burleson last year. On Saturday, he will be joined by Aaron Murray and Rick Neuheisel. Jenny Dell will be on the sidelines.

CBS’ top college football team, Brad Nessler and Gary Danielson with reporter Jamie Erdahl, will be on in prime time with No. 1 Alabama facing No. 15 Texas A&M.

Papa Clicker went overseas for his latest review,  Simon Kuper’s “The Barcelona Complex.” It is a detailed review of FC Barcelona, the famous soccer club, with a special light shined on Johan Cruyff, who developed the club, and Lionel Messi.  Being a soccer fan is not a requirement for this book, but it doesn’t hurt. It receives 4.2 out of 5 clickers.