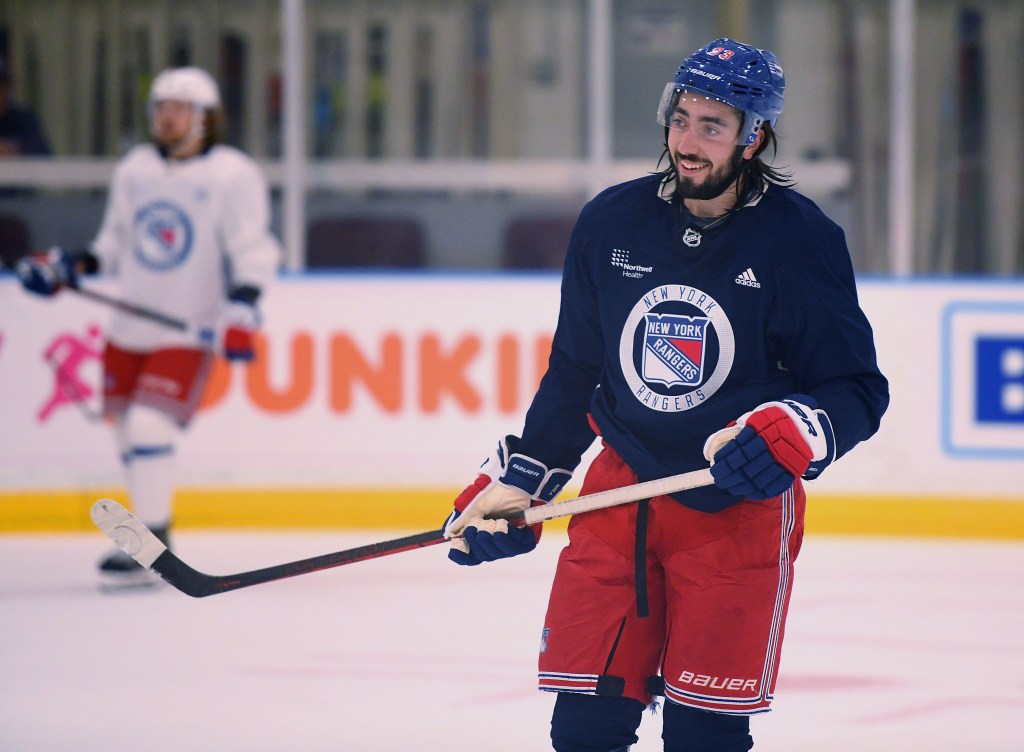 
Judging by his demeanor while fielding questions about his impending free agency, Mika Zibanejad isn’t letting his contract situation get in the way of his preseason preparation — or get in the way of anything at all.

The Rangers’ top-line center was candid in saying he plans to leave negotiations up to his agent and management. He made it clear the only thing on his mind was hockey, not the possibility of becoming an unrestricted free agent next summer. He stopped himself from referring to his contract status as a distraction.

“I’m actually just playing, focusing on what I do on the ice,” Zibanejad said Thursday, after the first formal on-ice session of training camp. “I have an agent for a reason, to deal with this so that it doesn’t have to take my full time away from what I have to do on the ice and prepare for the season.

The Post’s Larry Brooks reported earlier this month that both parties share the objective of getting a deal done, and Zibanejad’s camp hasn’t issued a deadline on when that should be. Zibanejad expressed his preference to keep those conversations in-house, however, he couldn’t help but show his heart a little.

“I love it here,” said Zibanejad, whose agent is also his brother. “I love the direction we’re going in. I’m just excited to be back and excited to be on the ice again competing with and against my teammates.”

Zibanejad, who will turn 29 in April, could be in line for an extension of seven or eight years. While Zibanejad’s camp is believed to have initially asked for upwards of $10 million per season, general manager Chris Drury and the Rangers will likely look for something in the $7 million-to-$9 million range in order to successfully navigate the flat salary cap and the organization’s existing contracts.

After contracting COVID-19 prior to training camp last season, Zibanejad felt the lingering effects and posted just three goals and six assists in the first 25 games of the shortened schedule. Zibanejad was able to turn it around, however, collecting a whopping 39 points in his final 29 games to finish with 50 — the fourth-highest point total of his career.

Zibanejad mentioned he was one of 36 players to attend a “get-together camp” for Team Sweden in August. With the NHL’s recent approval for players to compete in the 2022 Beijing Olympics, Zibanejad is expected to participate. Zibanejad scored the gold-medal-winning goal in overtime for Sweden, against Russia, during the 2012 World Junior Ice Hockey Championships.

“I’m excited it’s back,” he said of the Olympics. “I think it gives you that extra energy or whatever during the season, because you know you have to make the team, there are a lot of good players. There are a lot of good players fighting for those spots and you want to be one of them. You want to make sure that you play well enough to make the team, so I think that kind of leads up to the better you play, the better the team is going to be here.

“That’s a good competitive thing for us during the season. It’s always a huge honor to represent your country, I’ve done it a few times now. There’s no better feeling than to do that.”