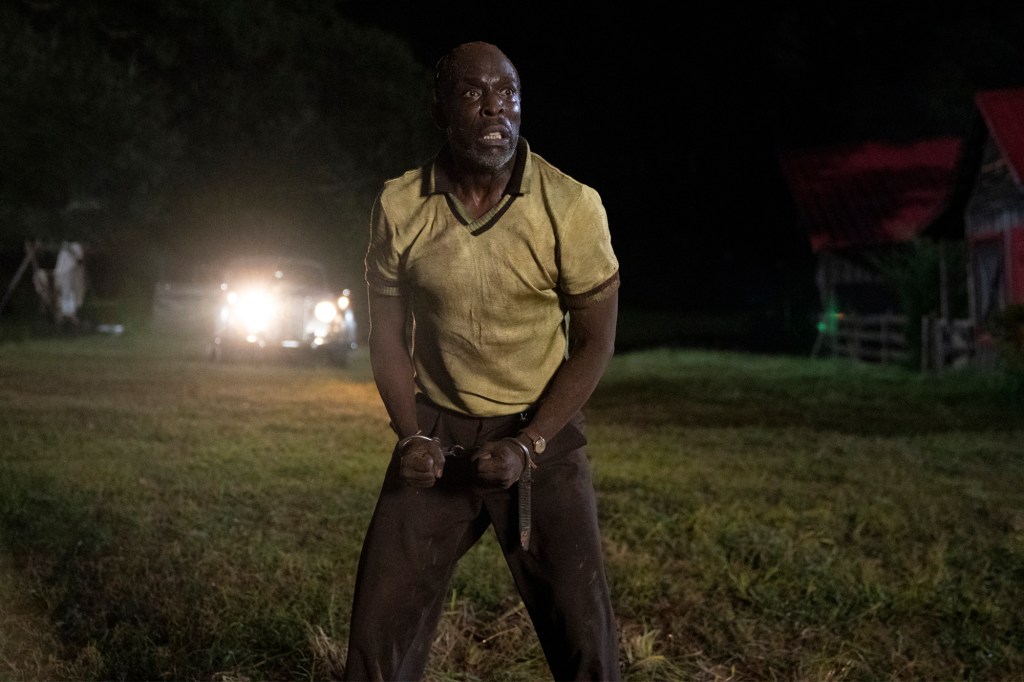 
The late actor Michael K. Williams opened up about entering therapy to address his struggles with drug abuse during one of his last interviews after filming HBO’s “Lovecraft Country.”

Just months before he was found dead of a suspected heroin overdose, Williams told syndicated TV talk-show host Tamron Hall that he sought mental health treatment after wrapping up the Emmy-nominated performance.

“I just started therapy, you know, and really taking that seriously and starting to unpack, like you said, the critic in my head and what and how that has affected my — my actions, my responses to certain situations, my relationships,” he said in a video clip posted to YouTube on Feb. 25.

“It was a very new process for me.”

Williams, who was promoting the movie “Body Brokers” — about a crooked drug-treatment center in Los Angeles — said filming it “quite frankly, made me sick to my stomach” and brought back memories of watching TV commercials for swanky rehab facilities “when I was crying myself to sleep and listening to BeBe and CeCe Winans.”

Williams also called his supporting role in the movie a “perfect example” of how “people often think that when a person puts down the drugs or the alcohol, that all the problems go away.”

“That couldn’t be further from the truth,” he said.

“Drugs and alcohol are not the problems, they’re merely symptoms of the problem. And once those things go away, the real work begins, you know…working on all the character defects, the moral compass — the skewed moral compass.”

Williams added: “Those are the things that need to be addressed. Those are the reasons we got high in the first place, and our inability to deal with life on life’s terms.”

In an October interview with Men’s Health magazine, Williams recalled “self-medicating” himself as a teen and attempting suicide at 17, saying, “I was lost. I was very awkward with the ladies. Drugs were there.”

“I just remember feeling like, ‘Eh, maybe the world will be better off without me.’ And I took a bottle of pills, woke up to my stomach being pumped,” he said.

“I could’ve used it as a tool, as a nurturing tool for myself. It could’ve been cathartic for me, [but] I decided to wear it as a Spider-Man suit and just fly around and go, ‘Whee! Look at me! I got web in my hands!’” he said.

And when his work on “The Wire” ended, Williams said, “I had zero tools, personally speaking, in how to deal with letting that go.”

“I wasn’t going around robbing people or anything stupid like that, but I definitely wore that dark energy that Omar was — he was a dark soul, a tortured soul — and I just … lived in that and that’s what people was attracted to…The lines got blurred,” he said.

The following year, Williams described himself to the Deadline website as “the wayward son,” adding, “Uncle Mike was the idiot with the drugs.”

But he also said that he used meditation and prayer to recover from addiction after “The Wire” and had adopted new “strategies” to keep from losing himself in the characters he portrayed.

“Number one, I keep a very good, solid team of people around me when I’m doing these dark roles. I call them my lasso. Tie a little lasso around my ankle and they’re keeping me up,” he said.

“I’m keeping good, healthy-minded people around and just protecting myself. Being responsible.”