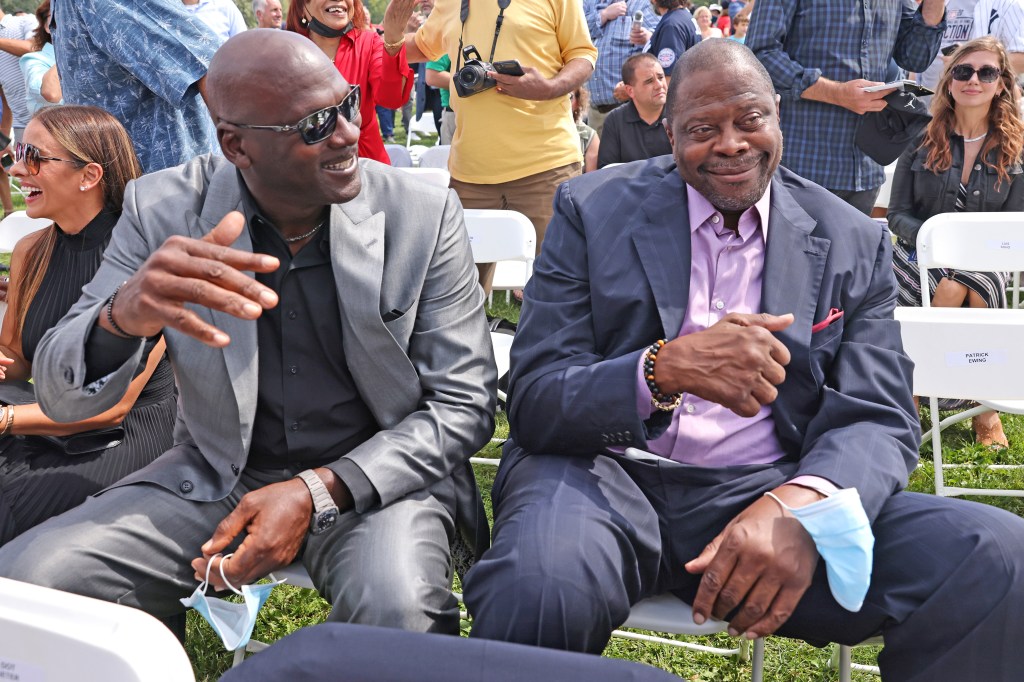 
COOPERSTOWN, N.Y. — The stars came out for Derek Jeter’s Hall of Fame induction.

Michael Jordan and Patrick Ewing were among the non-baseball dignitaries who where in attendance Wednesday at the Clark Sports Center as Jeter was enshrined in the Baseball Hall of Fame.

In front of a lawn that was filled with No. 2 jerseys and other Yankees apparel, Jeter also had plenty of support from the organization with which he spent all 20 years of his MLB career.

Jordan and Jeter have been friends since 1994, when the basketball GOAT tried his hand at baseball.

The two met at the Arizona Fall League that year, Jeter told the YES Network in 2014.

“He’s like an older brother I never had,” Jeter said of Jordan.

Ewing and Jeter shared the spotlight in New York during the late 1990s as two of the city’s most-famous athletes.

Hal Steinbrenner, Brian Cashman, Jorge Posada, Tino Martinez and CC Sabathia were among those in the crowd before Jeter took the stage.

The longtime Yankees captain and shortstop was to be immortalized in Cooperstown alongside Larry Walker, Marvin Miller and Ted Simmons.

Covid-19 surge in the US: The summer of hope ends in gloom – World News