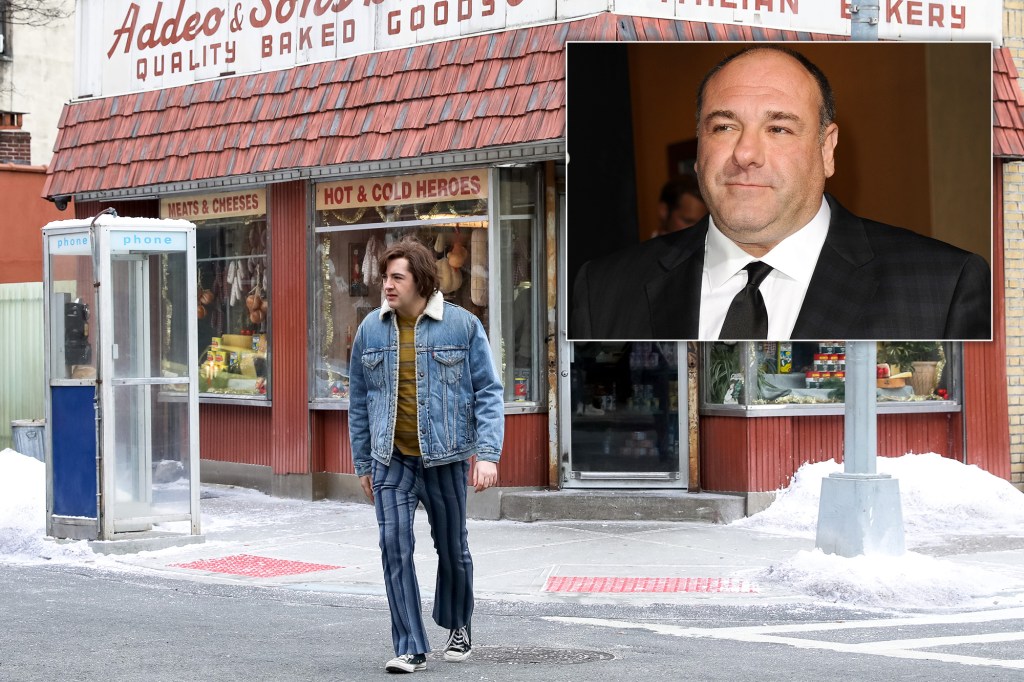 
Filling his father’s shoes was no mean feat.

With the “Many Saints Of New York” nearing its Oct. 1 release date, mob movie fans have been praising the “Sopranos” prequel’s “perfect” casting of James Gandolfini’s lookalike son Michael as the young Tony Soprano. However, for Michael Gandolfini, stepping into his late dad’s iconic role has been no easy feat.

In fact, it was “probably the toughest decision I’ve ever had to make,” the 22-year-old actor has revealed in a new interview about the unique opportunity.

“I didn’t want to put pressure on myself to walk out of this feeling like I’d grown in terms of my feelings towards my dad,” Michael told Empire of the “Many Saints,” which follows the future Sopranos patriarch as he gets sucked into the mafia life on the race riot-ravaged streets of 1960s Newark. “I just wanted to be the best actor I could be, portraying Tony in the way David [Chase] wanted, scene by scene.”

“The Deuce” actor, who was with his dad when he died of a heart attack in 2013, added, “I didn’t think about my grief because… well, I would have s– the bed.”

Despite boasting elements of his father’s Emmy-winning performance — including being a near-perfect pop-pelgänger — Michael says his younger Tony Soprano also has several notable differences.

“My dad’s character had all this beautiful sensitivity underneath this aggression,” explained Michael, who had never seen “The Sopranos” until he was cast in the film spinoff. “This version of him is the reverse.”

He explained, “His curiosity and sensitivity comes first. He’s not a gun-wielding gangster. He’s a kid who gets whittled down and pulled in.”

James Gandolfini’s widow Deborah Lin told The Post she believes that the late actor would be happy that his son took on the role.

“I know it took a lot of courage for him to take this role,” Lin said. “It was very emotional. But the whole family is just so proud of him. His father would be very proud.”

Meanwhile, “Many Saints” director Alan Taylor, who won an Emmy for helming episodes of the HBO drama, summed up Michael’s experience like this:. “We all had dinner one night. At one point, [Michael] stood up and said, ‘I want to thank everyone for doing this because it was a chance to say hello to my father… and goodbye again.’ There wasn’t a dry eye in the house.”

After being postponed repeatedly due to the COVID pandemic, gangster flick will finally hit theaters on Oct. 1 and be available for streaming on HBO Max for the month of October.