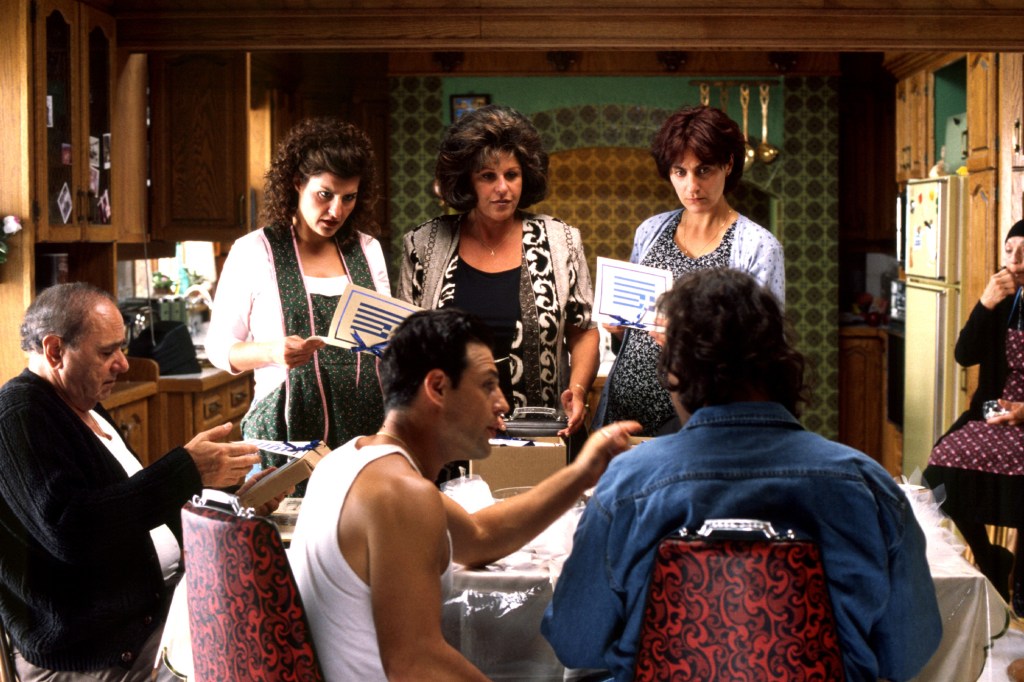 
Michael Constantine, the Emmy-winning star of “My Big Fat Greek Wedding” and the classic TV sitcom “Room 222, died Wednesdayat his home in Reading, Pennsylvania. He was 94.

The veteran character actor’s death from natural causes was confirmed by his agent Julia Buchwald. Constantine had been ill for several years, but his official cause of death was not revealed, according to his hometown news outlet the Reading Eagle.

Born Constantine Ioannides — he also went by Gus Efstration for a time — in Reading on May 22, 1927, he was perhaps best-known for patriarch role as Greek-American Kostas “Gus” Portokalos, the Windex-obsessed papa in 2002’s breakout indie hit “My Big Fat Greek Wedding,” opposite Nia Vardalos, John Corbett, Andrea Martin and Lainie Kazan.

The original film in a franchise that spawned a sequel and short-lived TV series — on which he reprised his role in 2003 — racked up more than $360 million at the global box office, ranking as one of the highest-grossing romantic comedies of all-time, Deadline reported. There was reportedly a third installment in development at the time of his death, this time set in the family’s native Greece.

Vardalos, his onscreen daughter and screenwriter of the “Wedding” films, took to Twitter to pay her respects: “Michael Constantine, the dad to our cast-family, a gift to the written word, and always a friend. Acting with him came with a rush of love and fun. I will treasure this man who brought Gus to life. He gave us so much laughter and deserves a rest now. We love you Michael.”

Classic TV fans will remember Constantine from his 1970 Emmy-winning role as Walt Whitman High School principal Seymour Kaufman in the ABC series “Room 222,” which ran from 1969 to 1974. He was nominated for an Emmy a second time in 1971.

He began his career on the Broadway stage in 1955 as an understudy to the the legendary Paul Muni, who starred as the character based on lawyer Clarence Darrow in “Inherit the Wind.” Later Broadway stage roles included 1957’s “Compulsion” and “The Miracle Worker” with Anne Bancroft and Patty Duke from 1959 to 1961.

Other notable film appearances include 1961’s “The Hustler” with Paul Newman, a scene-stealing turn as the Gypsy in Stephen King’s “Thinner” from 1996, and the all-star “Voyage of the Damn” in 1976.

His TV guest spots ran the gamut from classics such as “Naked City,” “Twilight Zone,” “Perry Mason,” “Kojak” and “Gunsmoke” to cult hits like “Airwolf,” and family faves a la “Murder She, Wrote.” And, yes, he did “Law & Order,” too.

“He was a great character actor, so when someone needed a character actor, they turned to him,” said George Hatza, the now retired Reading Eagle entertainment editor who knew the actor personally, in Constantine’s hometown obituary. “He did everything.”

Constantine is survived by two children, Thea Eileen and Brendan Neil, and two sisters, Patricia Gordon and Chris Dobbs. No memorial plans have been announced.