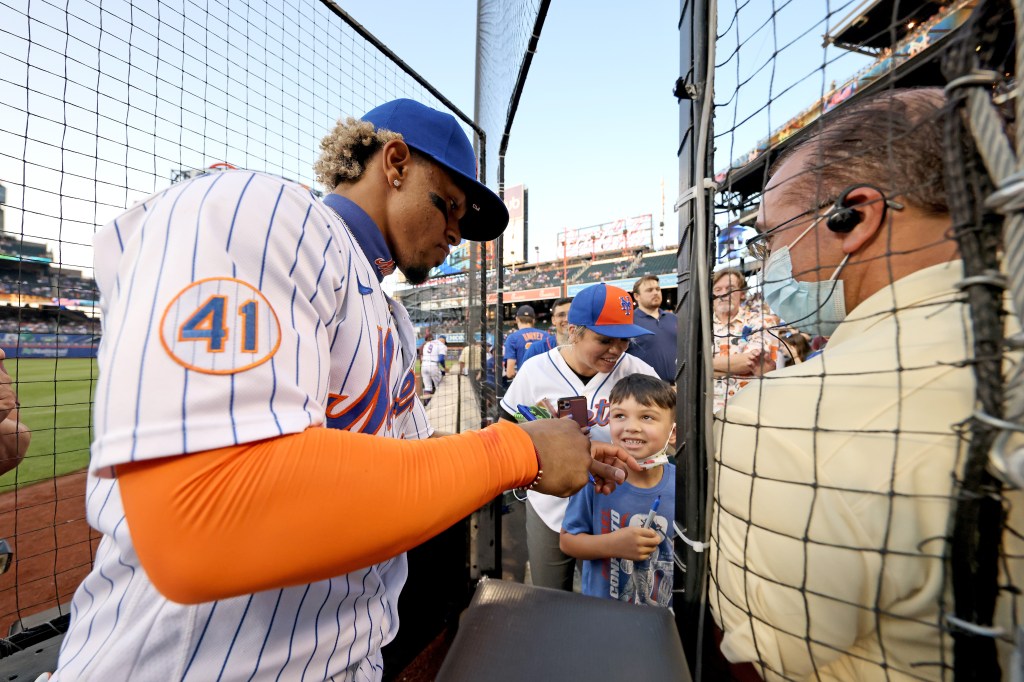 The last time Francisco Lindor played a game, before going on the injured list, the Mets still led the NL East by three games.

On Tuesday, he returned to a third-place team that trailed the Braves for first place by 6 1/2 games.

The sliding Mets welcomed Lindor’s activation off the injured list ahead of their game against the Giants at Citi Field, hoping his presence could deliver a shot in the arm in the midst of a 2-8 stretch.

“It’s huge that we’re having him back,” manager Luis Rojas said before the game. “His presence on the field is something that we’ve missed for over a month now. His energy, his bat, his defense, everything that he brings to help the team win games. It’s been hard to be out there without his presence. I know a lot of guys are better because he is there.”

Lindor strained his oblique on July 16 — during the Mets’ first game coming out of the All-Star break — and went on the IL the next day. He did not go on a rehab assignment before returning to the active roster, instead going through a progression with the Mets that included taking live at-bats off rehabbing pitcher Noah Syndergaard.

With that in mind, the Mets will be mindful of Lindor’s workload in his first few days back — with his schedule largely dictated by how he feels after Tuesday’s game.

Lindor had gotten off to a rough start offensively this season, but had a .333/.489/.500 slash line in 12 July games before getting hurt.

“I know the other day he was saying he hasn’t hit like we expected him to hit this season, but he’s a guy you can count on his bat,” said Rojas, who batted Lindor third in Tuesday’s lineup. “He’s going to hit. He’s going to do something in the game that is going to help others, even if he doesn’t get the hit or a good outcome in his at-bat. He’s a guy that’s going to be a presence in our lineup. … If he’s surrounded by [Pete] Alonso, [Javier] Baez, [Michael] Conforto, those guys can definitely feed off of Lindor’s presence.”

Lindor’s return pushed Baez to second base, Jeff McNeil to left field and Dominic Smith to the bench, at least for Tuesday’s game against Giants left-hander Sammy Long. Rojas said there was no set rotation for playing time for those impacted by Lindor’s return (McNeil, Smith and J.D. Davis), but called it a day-to-day approach.

Tuesday marked the first time the Mets got to see the double play combination of Lindor and Baez. They had acquired Baez from the Cubs at the trade deadline to fill in at shortstop and then move to second base when his fellow Puerto Rican came back.

That plan hit a snag when Baez joined Lindor on the injured list with back spasms in early August. But Baez returned on Sunday and Lindor followed on Tuesday, with the Mets hoping to reap the benefits of their energy and talent up the middle.

Just how much of a difference it can make in their playoff push remains to be seen.

“They both have a lot of energy,” acting general manager Zack Scott said. “They’re both very good defenders, very good base runners. They bring a lot to the table. They can impact the game in a lot of ways. It’s great to be getting back both of those guys in the last couple days. They’re exciting players and they play with a ton of energy, which is always fun to watch.”