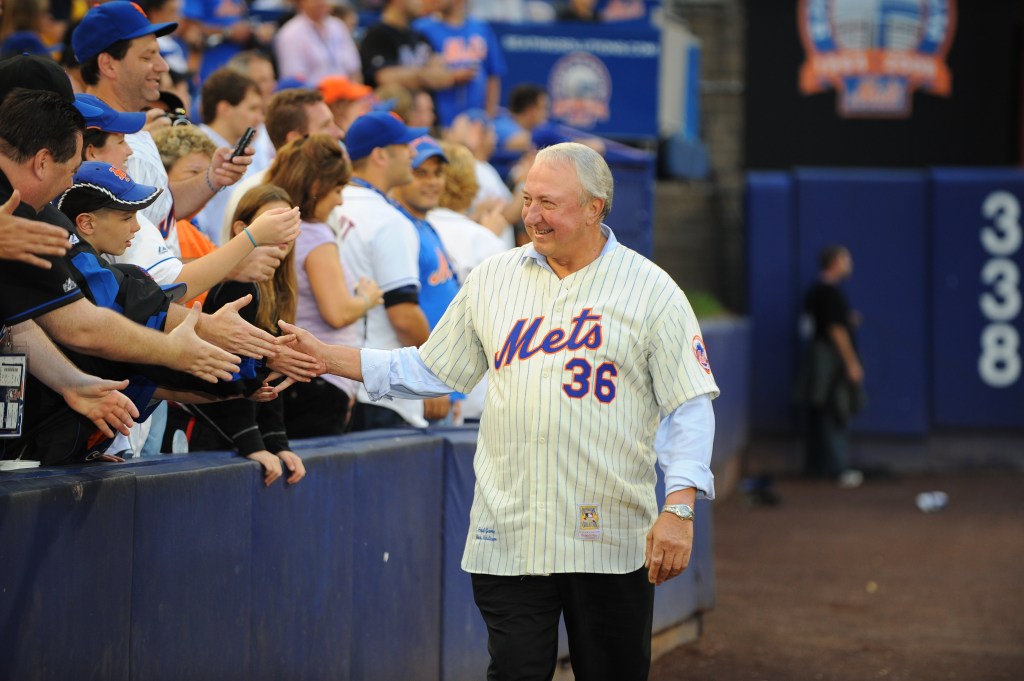 Jerry Koosman finally will receive a deserved day in his honor when his uniform No. 36 will be retired before the Mets’ game Saturday night against the Nationals.

Serving as the No. 2 starter in the shadow of one of the best pitchers in baseball history, Tom Seaver, contributed to the delayed recognition for Koosman, the left-handed complement to Tom Terrific on the Mets’ 1969 World Series championship team.

Koosman, who will join Seaver (41) and Mike Piazza (31) as the only players to be so honored by the organization, hurled a complete game in the Game 5 clincher in 1969 against the Orioles to complete the Miracle Mets’ title run. The Mets also have retired numbers for former managers Casey Stengel (37) and Gil Hodges (14).

“It’s a very humbling feeling when they called me and told me they were going to do it,” Koosman told The Post’s Ken Davidoff earlier this week. “I didn’t realize I accomplished enough to get it done. But evidently, somebody recognized it. It’s a nice career accomplishment. I’m very pleased and excited about it.”

Koosman, now 78, accomplished plenty over his 11 seasons with the Mets, beginning with a second-place finish in NL Rookie of the Year balloting (behind Johnny Bench) in 1968 with a 19-12 record, a 2.08 ERA, seven shutouts and 17 complete games over 263 ²/₃ innings. The Minnesota native also was a 21-game winner in 1976, placing as the runner-up to San Diego’s Randy Jones for the NL Cy Young Award.

Koosman, who posted 140 of his 222 career victories with the Mets, also indirectly contributed to their 1986 championship squad. He was traded in 1978 to the Twins for future Mets closer Jesse Orosco.

“The excitement of playing for the Mets when we won the 1969 World Series was an experience I never thought I’d be able to repeat. But retiring my number is another life-changing thrill and honor,” Koosman said. “It was a privilege to play alongside some of the most wonderful and talented teammates for more than 11 years and to hone my craft under Gil Hodges.

“This honor isn’t only for me and my family, it’s for the legions of fans I grew to love. To know that my number will be retired and sit alongside other team legends is one of the greatest tributes I could ever be granted. I was always proud to be a Met.”

Hall of Fame pitcher Ferguson Jenkins, whose Cubs were overtaken in the NL East by the Mets late in the 1969 regular season, told The Post that he believed Koosman “got overshadowed a bit by Seaver,” but called him “one of the best left-handed pitchers of that time.”

The ceremony originally was slated to take place last season, but it was postponed due to the pandemic. Koosman’s 1969 teammates Wayne Garrett, Cleon Jones, Ed Kranepool, Art Shamsky and Ron Swoboda are expected to be among those in attendance.