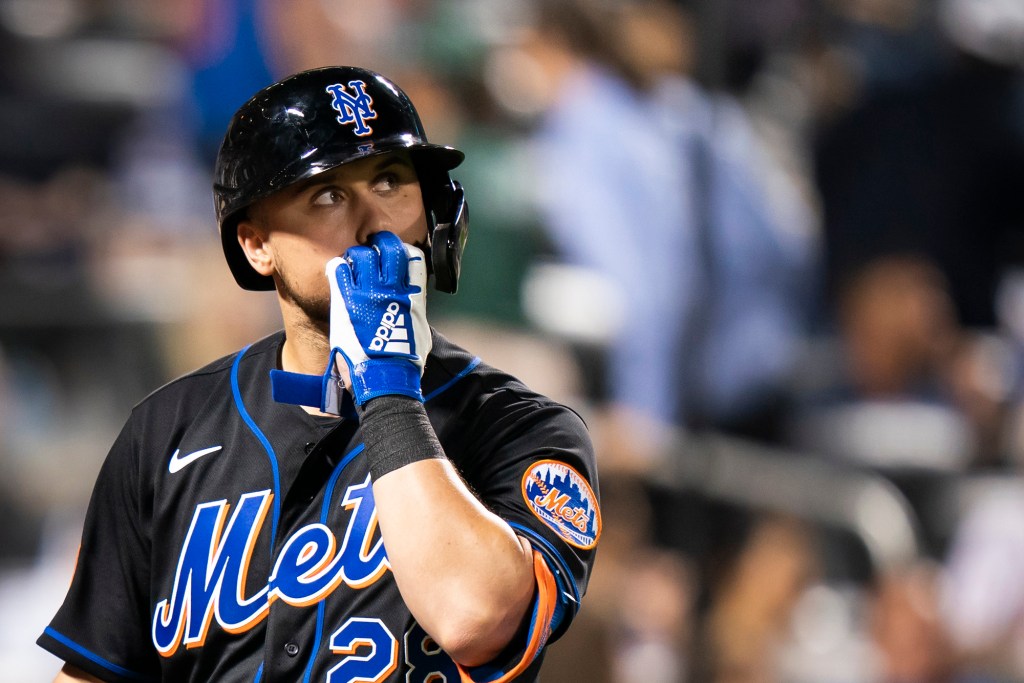 One look at the NL East standings on Friday told the Mets third baseman this season’s division champion likely wasn’t going to finish with even 90 victories, only underscoring his team’s missed opportunity.

The Braves opened the day with 80 wins and held a two-game lead on the Phillies in the division. The Mets, who were eliminated from the wild-card race when the Cardinals won their 13th straight game Friday afternoon at Wrigley Field, had an NL East tragic number of four entering play against the Brewers at American Family Field.

It’s not so much the Mets’ 11 losses in 13 straight games against the Dodgers and Giants in August (which buried the team in the standings) that irks Davis as much as other letdowns, facing beatable opponents.

“Take, for example, the Pirates series,” Davis said, referring to the first three games after the All-Star break, of which the Mets lost two. “Should we have swept the Pirates? Yes, absolutely. It’s those little games where we should have taken care of business.”

Davis was then reminded the Mets also split a four-game series against the Pirates at Citi Field to close the first half.

“It’s just those kind of games,” he said. “If you added up all those games, looking at it, how many games back are we, seven or eight? How many games should we have won that were like that, seven or eight? Ten? Play the ‘what if’ game. It sucks, but that is the way baseball goes. I think it’s a tougher pill to swallow when you say we’ll learn from it, but there’s only so much time that we as baseball players get … four or five years, a little stint with whatever team, that we have to take advantage of those moments and we know we didn’t.”

The five other division winners either will finish with at least 90 victories or are on pace to do so. The fact the NL East became the NL “Least” and the Mets were facing elimination with a week still remaining adds to the sting of a fifth straight season in which the team missed the playoffs.

After the Mets were swept in three games at Philadelphia in early August, Pete Alonso dismissed the team’s slide by saying “we’ve got this.” Asked about that comment Friday, the first baseman said he was speaking from his heart.

“I always believe in my guys,” Alonso said. “It’s something, I believe in everybody in here and I love competing with these guys and it’s really a special group of individuals, and it’s frustrating and disappointing. But I am very happy I get to compete with these guys every day.

“I still think we can finish the season strong. I don’t know what that is going to look like regarding the standings, but I still believe that this team can come together and still play well despite where we are at in the season, but it’s frustrating.”

Davis said it’s futile putting too much thought into what went wrong for the club.

“If we are going to lose that many games against the Dodgers and Giants we have to make it up against those other teams,” Davis said. “That is kind of the tougher pill to swallow, because we know we should play better and we should have taken advantage of it. Nothing we can do now, except swallow the pill.”